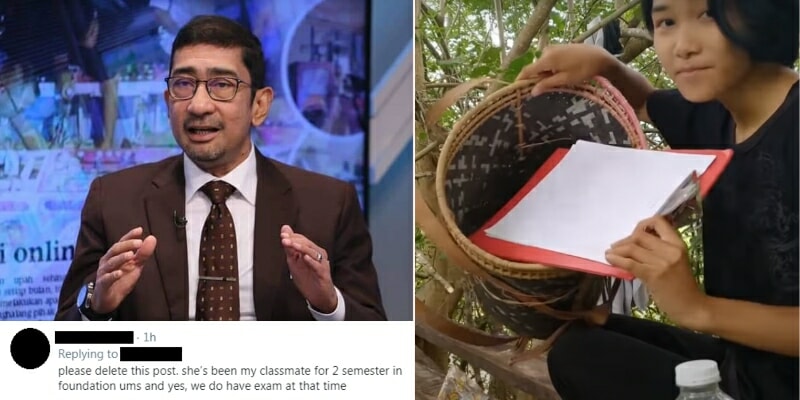 Veveonah Mosibin, who is a student at the Universiti Malaysia Sabah (UMS), rose to fame after she uploaded a video of herself staying up in a tree for a whole day, just to get internet access for her online examination.

Earlier today, during a Dewan Negara session, the Deputy Minister of Communications and Multimedia, Datuk Zahidi Zainul Abidin shared that he believed she was just doing it to get a name for herself.

Now, multiple Malaysian youngsters are coming forward to confirm that Veveonah, in fact, did have an examination during that time, debunking the minister’s claim.

This comment reads, “Hi, as one of her batch-mates, I wanted to share that Veveonah was studying in Foundation in Science and we had final exams to sit for during that week.” 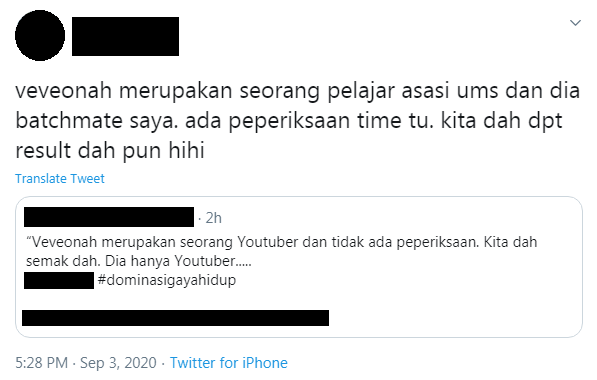 This post says, “Veveonah is a UMS foundation student and she is my batch-mate. There were exams during that time. We’ve gotten our results too!”

One student even pointed out that it only makes sense for the video to come out after her exams were over.

She wrote, “FYI, we did have exams okay. It’s just that the video was uploaded after the exam season. People were busy studying, don’t tell me you expect her to busy herself with editing videos, right?”

Others also pointed out that, even if she didn’t have examinations, her actions opened up well-deserved attention to the students living in rural areas, where accessing education online is limited to none.

This comment goes, “So, she just proved that the internet coverage there is poor. That’s not wrong. At least, her efforts made a positive impact on the communities there. Other students can study online.”

It’s sad to see authoritative figures bringing down Malaysians who are bringing healthy and well-needed changes to the Malaysian community.

For Veveonah, we say, let her study. 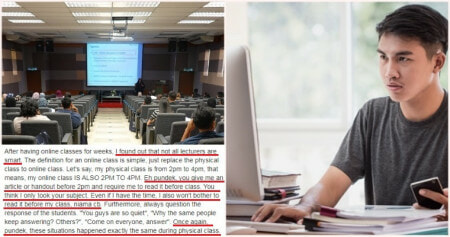