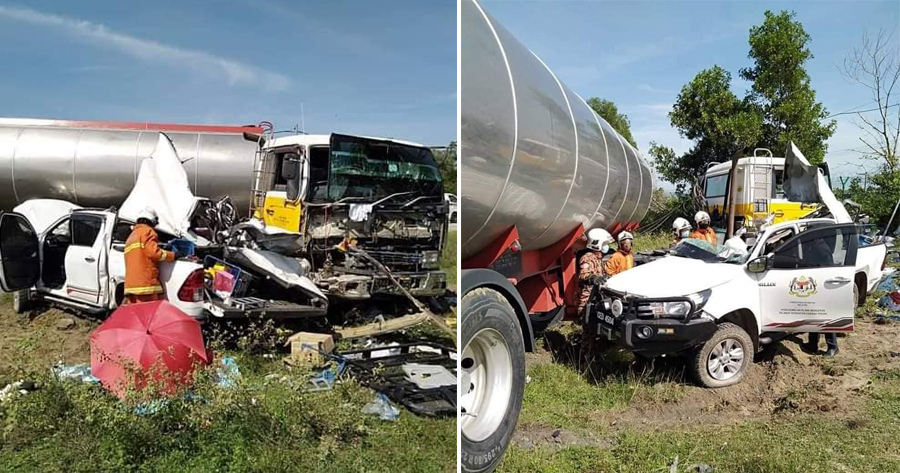 Two frontliners died and one was injured after getting into an accident involving three vehicles at Jalan Pekan-Nenasi Rompin near Kampung Tanjung Batu this morning (7 December).

The driver, 35-year-old Mohd Zuhairi Abdullah, who was driving a vehicle belonging to the Pekan District Health Office and a nurse, 39-year-old Julayha Kudus, were confirmed dead at the scene at 10.20am reported Kosmo!. 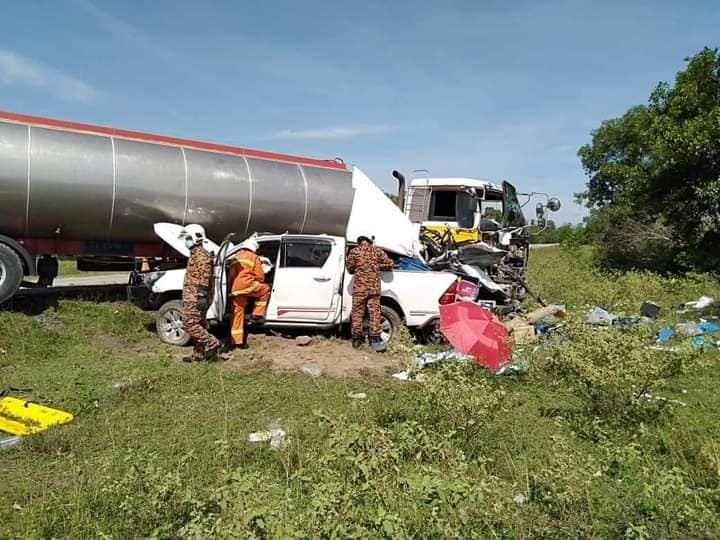 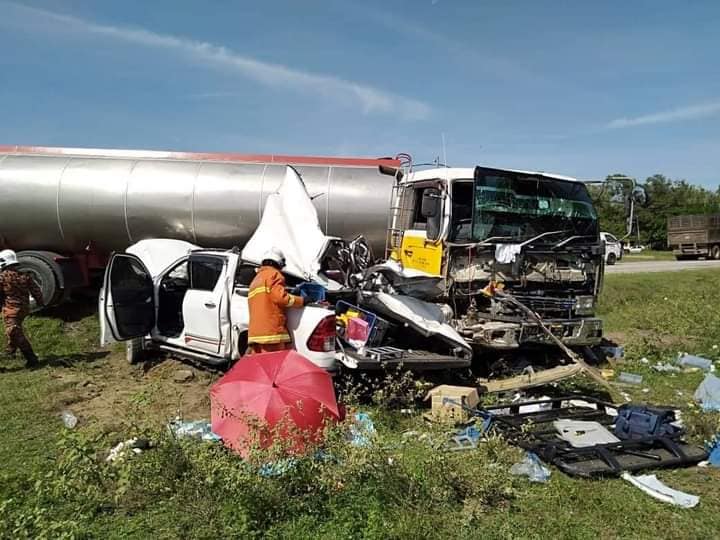 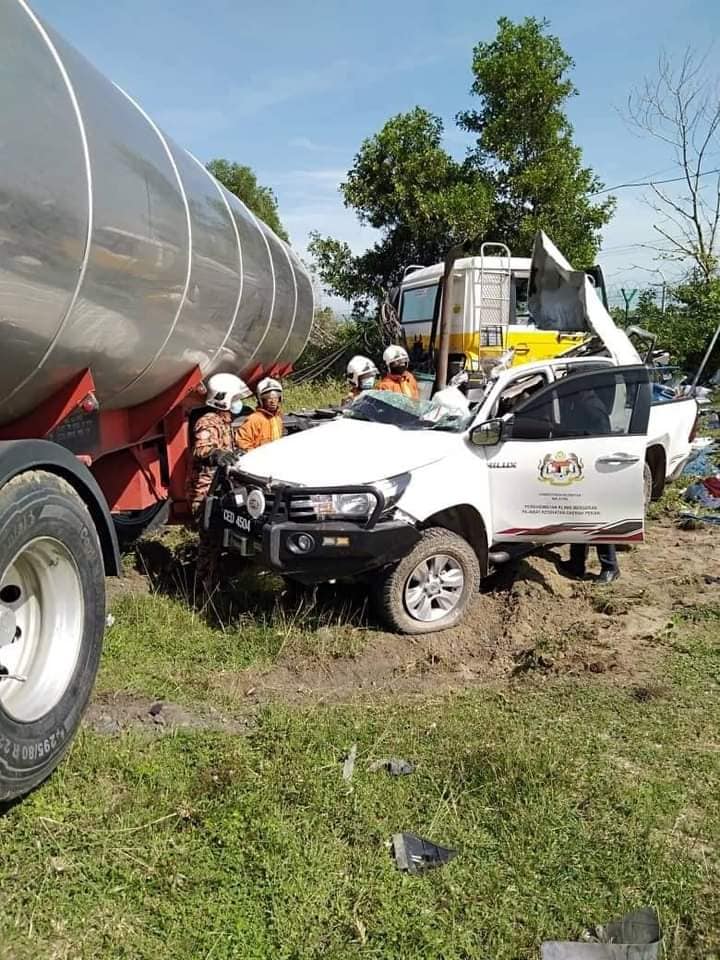 According to Pekan District Police Chief, Superintendent Mohd Razli Mohd Yusof, the four-wheel-drive Toyota Hilux carrying the medical officers was hit by a tanker truck that skidded into the opposite lane.

“The lorry crashed into the vehicle ridden by the victim as well as another Perodua Myvi car,” he said.

He added that the driver of the Perodua Myvi, who is a housewife, 41-year-old Azlida Mohamad Ramli and her five-year-old daughter suffered head, hand and face injuries during the accident. Both of them were then brought to the Nenasi Health Clinic to be treated, while the woman’s other child was not injured.

Meanwhile, he said that the 34-year-old tanker driver from Mersing, Johor was not injured.

“The cause of death is still underway and the case is being investigated according to Section 41 (1) of the Road Transport Act 1987,” he said. 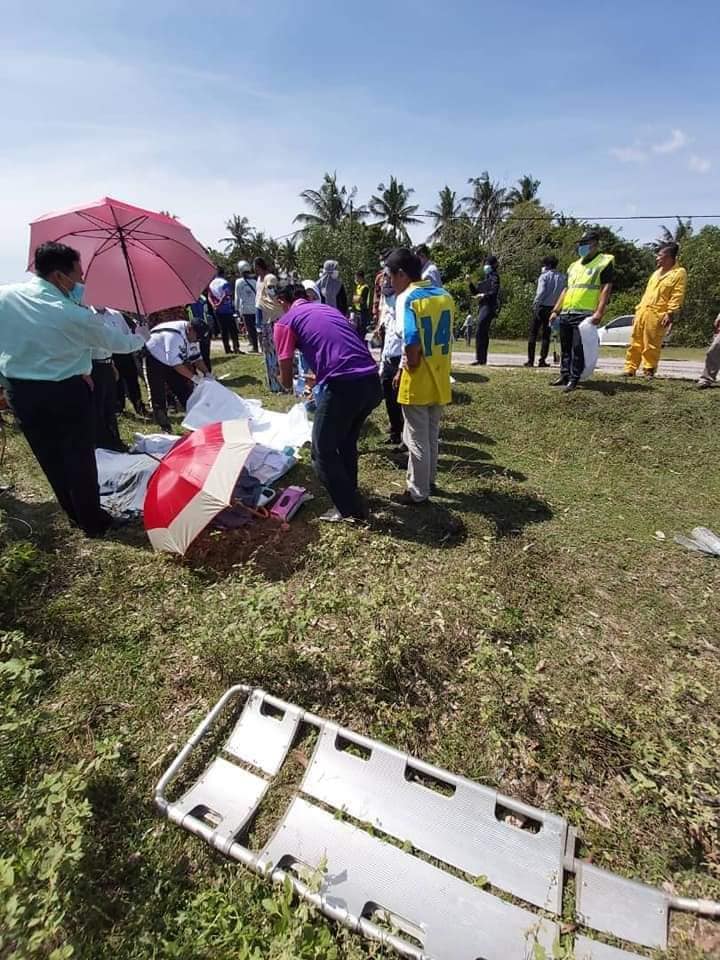 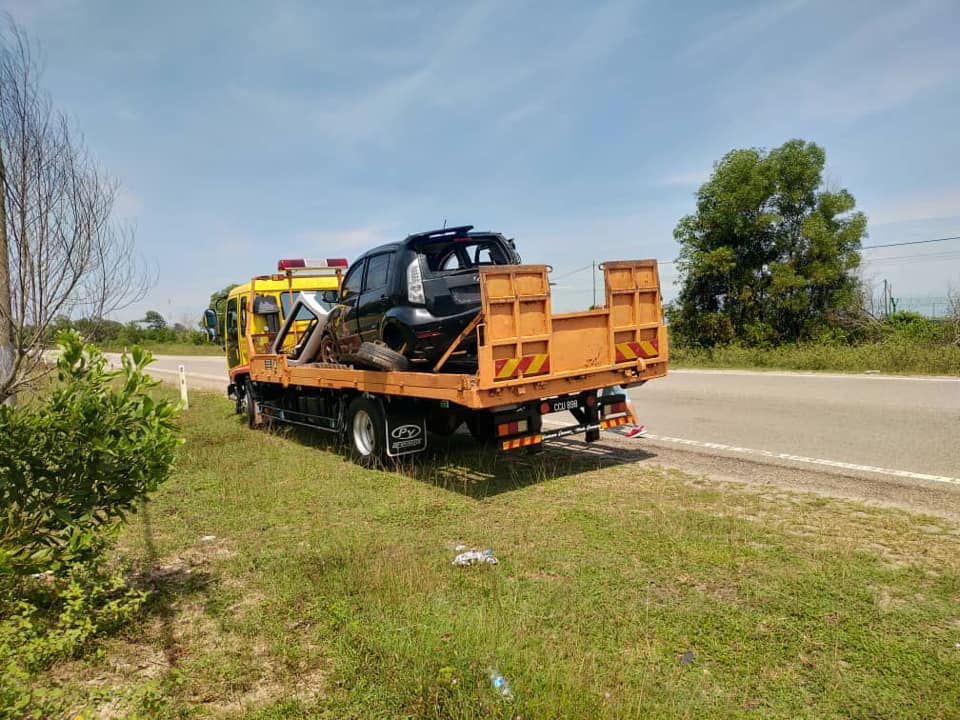 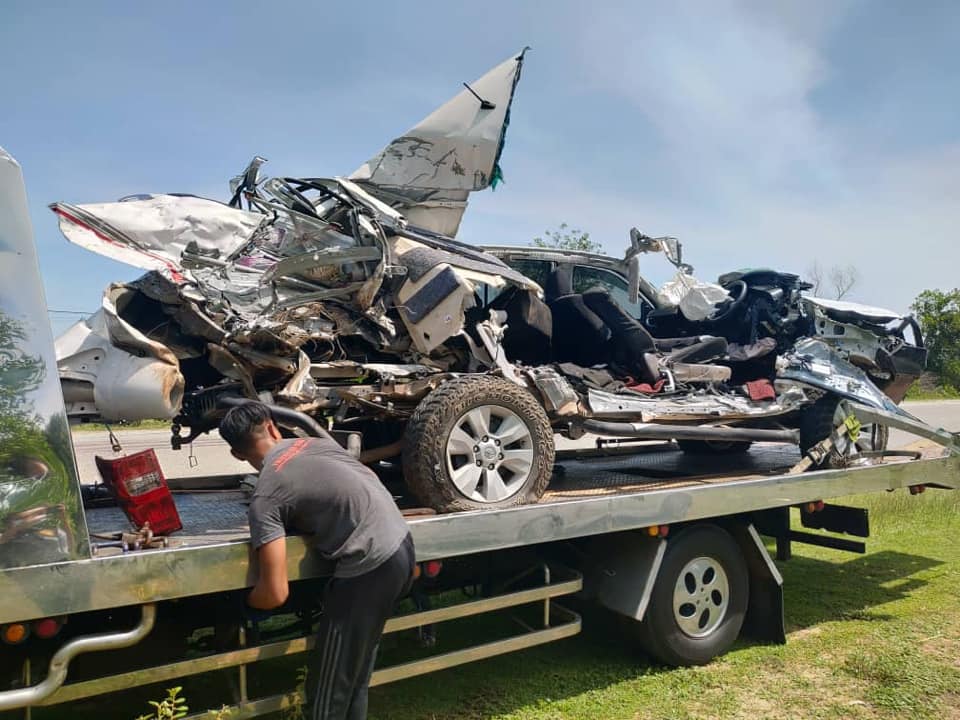 Health Director-General Tan Sri Dr Noor Hisham Abdullah posted about the incident on his Facebook page as well, conveying the Ministry of Health’s condolences to the family of the victims.

Also read: M’sian Teenager Who Flung Cat In The Air For TikTok Video Arrested By Police in Lawas 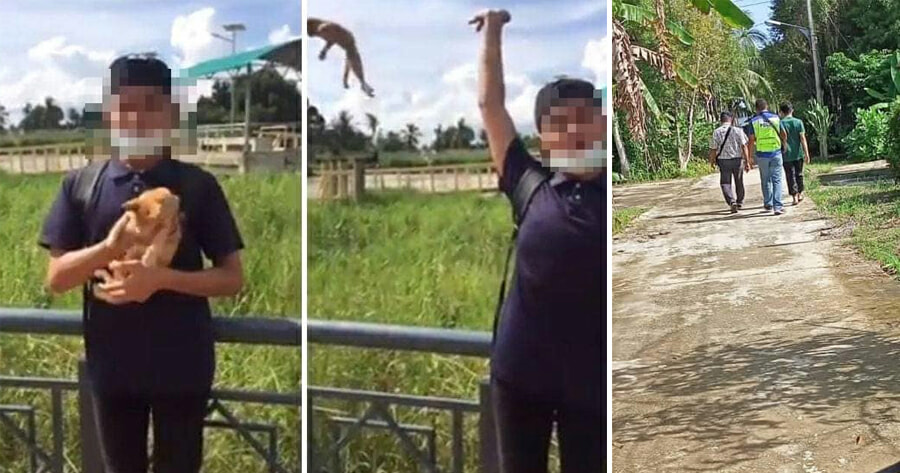