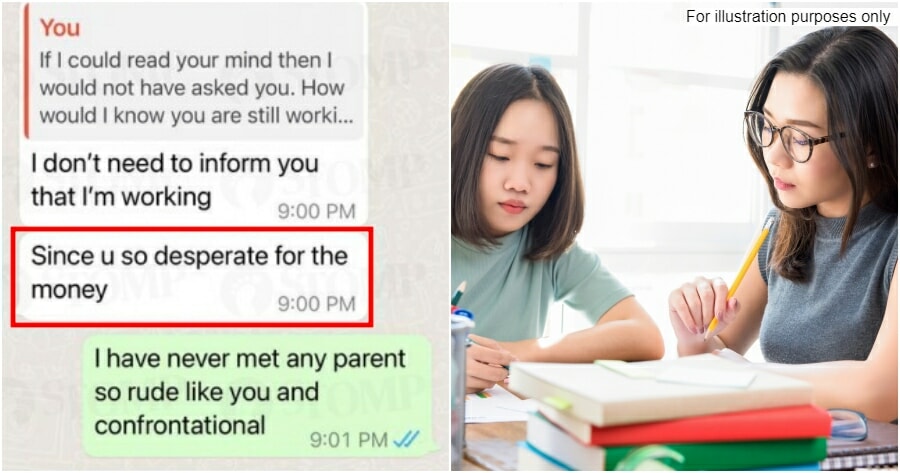 When a service is received, the payment is best to be made as soon as possible to avoid unwanted consequences in the future.

At 5:50 pm, the tutor sent the mother the breakdown of the payment, which was SGD240 (approximately RM780). However, there was no response, and that prompted the tutor to send another reminder to the mother 3 hours later and asked her to acknowledge the message. Tuition fee was agreed to be paid on the last lesson of every month.

“Due to your busy schedule, you may have overlooked this message. Would appreciate an acknowledgement if you have received this. Thank you.”

Unhappy with the response, the tutor clarified that most of the parents would’ve acknowledged the message and that she couldn’t read minds, hence the request for acknowledgement.

“I thought you have overlooked, and it’s not a matter of urgency, but a courtesy to acknowledge,” the tutor said.

However, both parties agreed on one thing.

The mother expressed her desire to discontinue the tuition from next week onwards, to which the tutor agreed. But the conversation did not end there. The mother told the tutor that there is no need for her to inform the latter that she was still working, and called the tutor “desperate for money”.

The tutor told Stomp that she wanted to caution other tutors about this matter.

Also read: M’sian Teacher Waits for Students to Attend Additional Class But NO ONE Shows Up 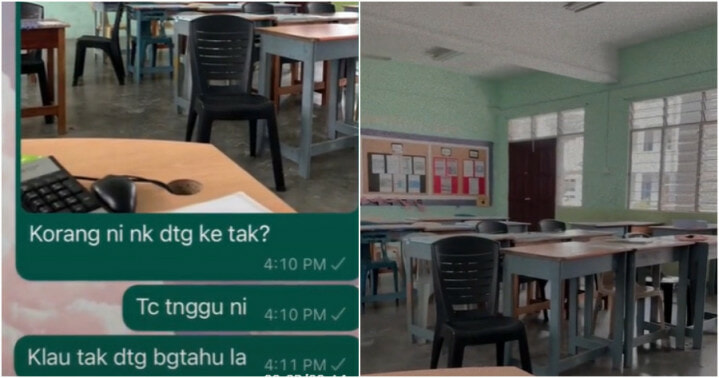