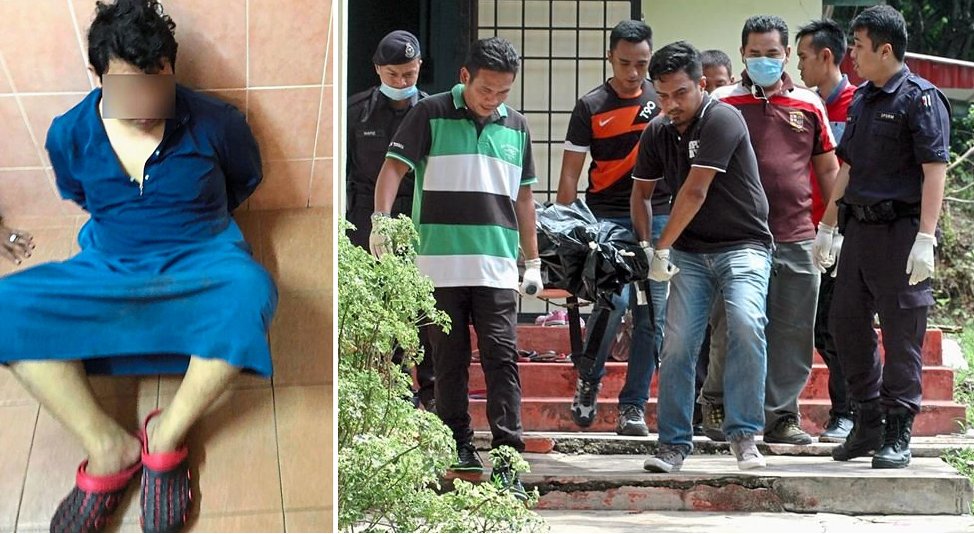 It was just weeks ago when a manhunt was underway for a druggie that murdered his family in Penang following a dispute over money for drugs.

On Thursday, history repeated itself when a couple and their son were reportedly killed in their sleep by a family member, according to The Star. 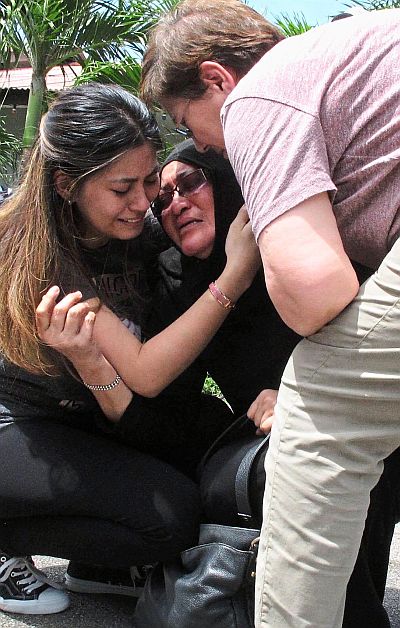 At 6.30am, 33-year old Norashikin Aripin who lives next door heard the desperate cries of the victims, “Tolong! Tolong!” and immediately called for help.

“I thought it was a robbery. My husband saw a car being driven out of the porch and we suspected that a thief had escaped from the house. When we rushed there, we were shocked,” she said.

She entered the house to find 24-year old Nuraqedah Aeina Hassan, injured with a bloody head. She tried to console the girl while she mumbled some words.

“I heard her murmuring ‘Loqman did this to us, am I going to die?’. I told her that everything was going to be okay.

“At the corner, granny Siti Khatijah Muhammad was shivering and she was pointing her hand to the rooms in the house,” she revealed.

She then ventured further into the house and saw the gory display of victims. Terrified by the bloody scene, Norashikin had run out of the house to her husband before authorities and paramedics arrived. 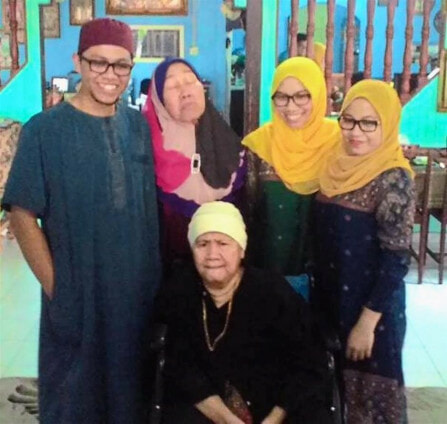 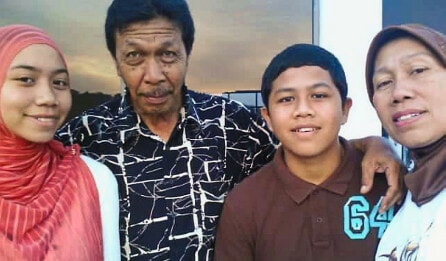 The deceased were later identified to be Mariah Baharin, 61, her husband Hassan A Wahab, 72, and the couple’s youngest son Mohd Basir Taufeq Hassan, 22.

The granny on site, Siti Khatijah Muhammad, 75 is also being treated for trauma as she had witnessed the entire terrifying ordeal. 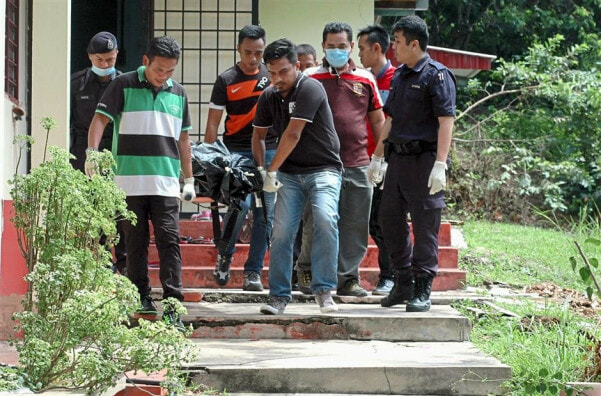 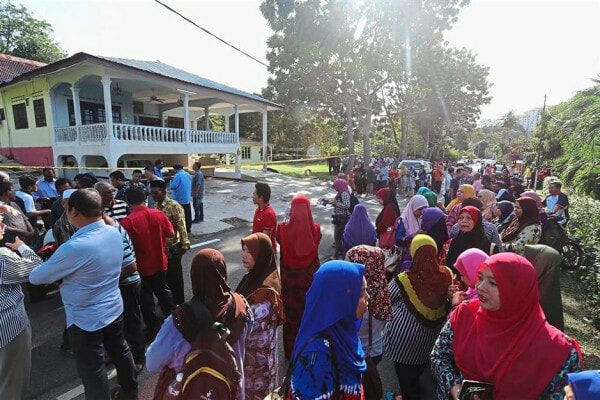 Rumors spread that the murderer was the 26-year old adopted grandson of Siti Khatijah which had been with the family ever since infancy.

The man was later found at a mosque in Bukit Rambai, 5km from the crime scene. He had tried to flee with a relative’s car when he was caught by authorities. 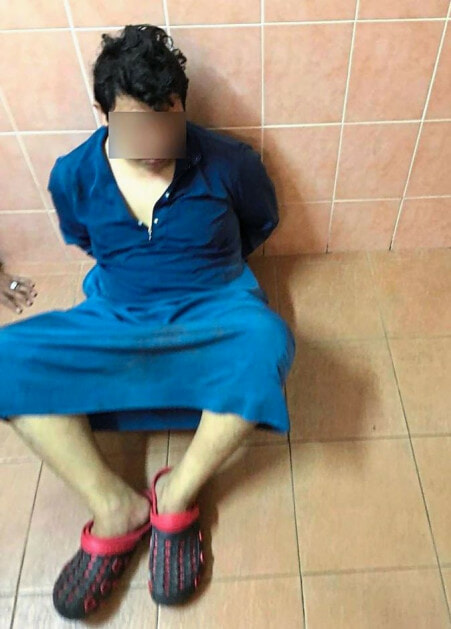 “The grandmother really pampered him and he used to come back home late each night. We could often hear him arguing with the family members. He was always asking them for money,” a neighbor shared.

The suspect was also known to be a strange fella that kept to himself and was frequently scolded by his grandmother for his drug abuse.

Datuk Ramli Din, Malacca police chief Deputy Comm said that the three victims were already dead by the time police got to them.

The suspect is currently arrested under Section 302 of the Penal Code.