Despite all the fun and adrenaline you get from going to amusement parks, there will always be a slight chance that you will experience a “Final Destination moment” on every thrilling ride. Even with safety harnesses and approved safety precautions, sometimes, the unthinkable may still happen.

Unfortunately, thrill-seekers on a rollercoaster at Japan’s Universal Studios (USJ) in Osaka were perhaps treated with much more adrenaline as they were initially expecting as the ride momentarily shut down mid-ride, due to a power failure on 22 October, as reported by TBS News Japan. 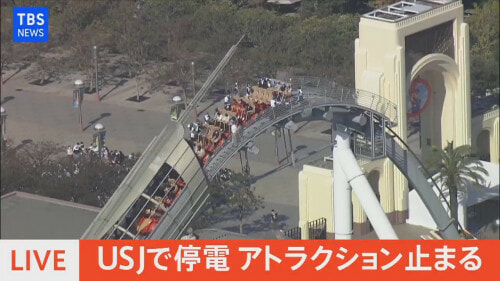 The power outage at the park occurred at around 12.45 pm and resulted in all of the rides at the amusement park to shut down.

The backwards-moving roller coaster called “Hollywood Dream – The Ride” came to a halt on the highest point of its track with 35 people on board at the time. Fortunately, no one was harmed as the passengers were carefully saved and taken care of by the personnel.

According to Kansai Transmission and Distribution Inc, the outage had reportedly affected about 3,200 homes, mostly in the city’s Konohana Ward, where USJ is situated.

Fortunately, at 1.06pm the power was entirely restored. However, the reason for the outage is still under investigation.

Worryingly, this was not the first time that a rollercoaster at USJ had stopped mid-ride as back in 2018, the Jurassic Park-inspired Flying Dinosaur roller coaster stalled and left 60 passengers suspended in a prone position for up to two hours. No injuries were reported.

Hopefully, a thorough investigation will be done to ensure that such an incident does not occur in the future.

Kudos to the staff of Universal Studios Japan for acting quickly and making the safety of passengers their main priority. 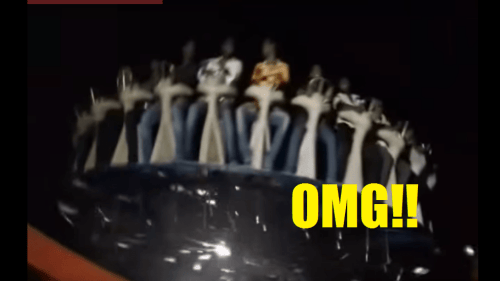