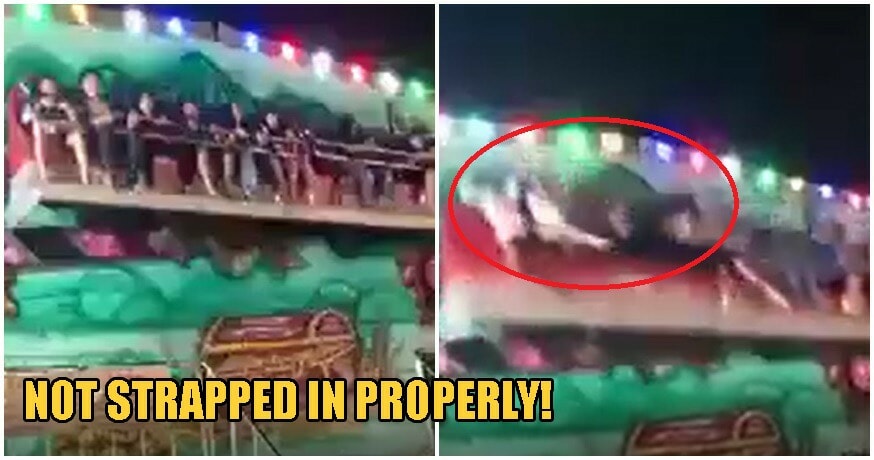 Going to the theme park is a pretty thrilling experience for most of us, right? With rides, games, and lots of cheap (and greasy) food, you can be guaranteed with nothing short of a good time and to leave with a smile on your face. Usually.

But unfortunately for visitors at this theme park, they got a little more than just the slight adrenaline rush that they had been expecting for, as this video uploaded by netizen F Dengchai Krapaothong goes to show!

Filmed in an amusement park located in Thailand, visitors who boarded the amusement ride called ‘Crazywave’ probably thought they were in for a pretty good time when they strapped themselves down.

The premise of the ride, at least from what we can tell, was meant to send visitors on a speedy loop around that would leave any decent person with their hearts thudding in their chests. Sounds like a pretty fun time!

And as the ride starts, it all looks to be pretty normal, with the mechanics of the ride itself lifting passengers up over and over.

But the unthinkable happens when out of nowhere, half of the safety-harnesses on the ride suddenly came loose while the ride was moving at considerable speed!

Passengers who were not properly strapped down wound up being flung from their seats at high speed!

The ride was then immediately shut down, with speculation now going about claiming that the operators of the ride had not adequately locked in the necessary harnesses in place before letting it run. The condition of the victims is still unclear at this point in time. The video of the incident has since gone viral over social media.

We hope that the victims of the accident manage to get the help they need and heal from their injuries soon! As always, remember to stay safe while on amusement rides, and obey all the safety standards! 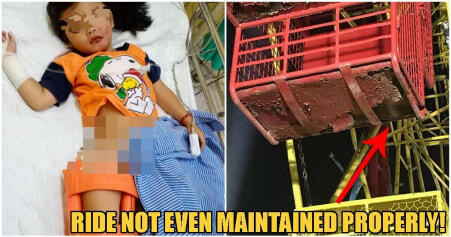