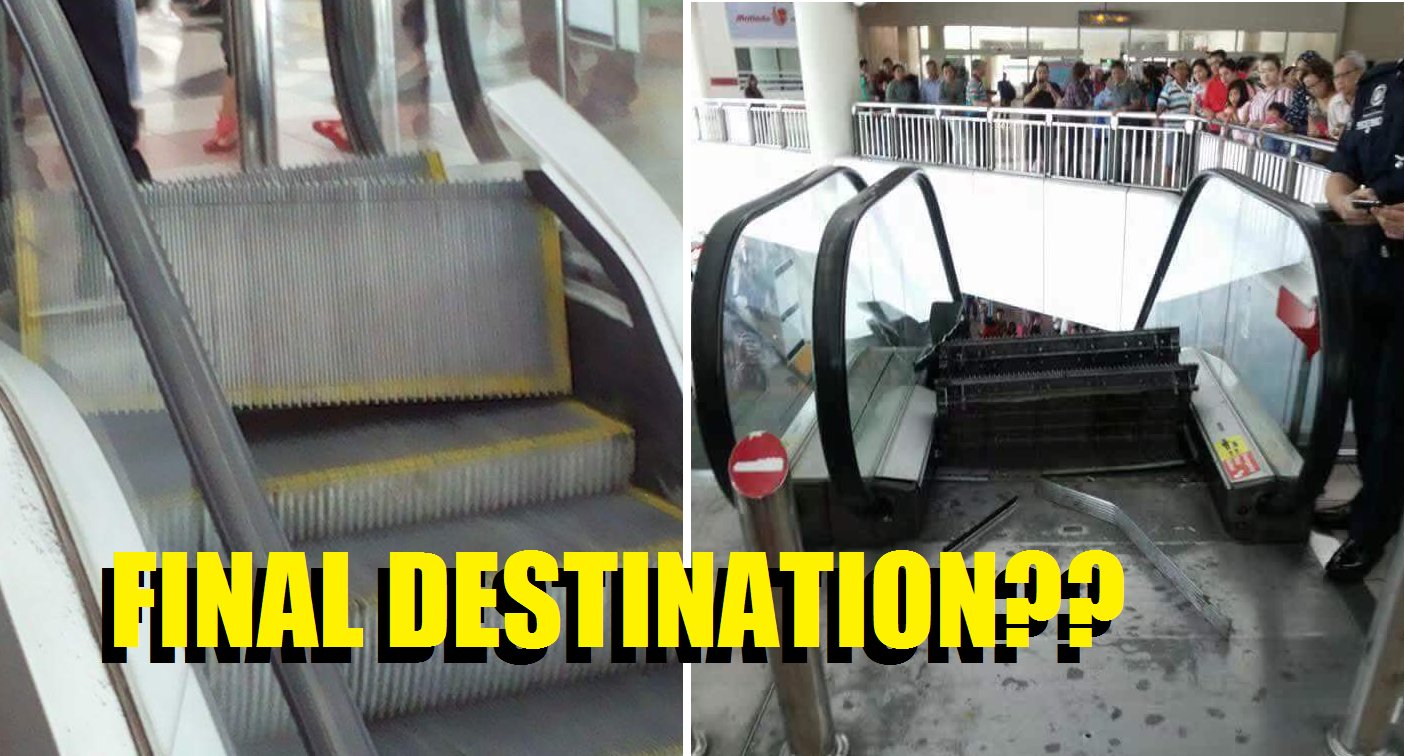 The whole building of Miri Airport shook at 3.45pm last Sunday, stirring panic amongst the people in it.

Apparently, an escalator broke down at Miri Airport, causing the airport to tremble as if an earthquake had just struck.

The rupture woke a sleeping Nurashikin Abdul Rahman, who was waiting for her 4.40pm MAS Kuching-bound flight. “I thought it was an earthquake when suddenly there was a commotion after a loud sound accompanied by the building shaking,” she told Bernama last night.

“I ran as fast as I could to find out what happened and was relieved when I was told it was a problem due with the escalator”. She reported crowds forming in a bid to take photographs of the escalator.

In light of the incident, the state government has sent orders to Malaysia Airport Holdings Berhad (MAHB) to change escalators at Miri Airport. State Assistant Minister for Land, Air Transportation and Safety, Lee Kim Shin said he was informed by MAHB officials that five escalator steps suddenly collapsed but that no one was injured in the incident.

Lee said MAHB had closed off the escalators at question, ready for contractors to carry out repair works. “The escalator was last maintained on May 31, 2016, I have requested that all three escalators at Miri Airport be changed as they are very old,” he told Bernama last night.

He added that MAHM “was in the process of calling for a tender for the escalators” and hoped that it would be completed promptly.

Escalator mishaps were known to be as deadly as taking lives, such as the viral story where a mom who shoved her son away in time as she falls through a gap in the escalator.

Thankfully no one was hurt in this incident. We wouldn’t want a Final Destination scene to happen in Malaysia.