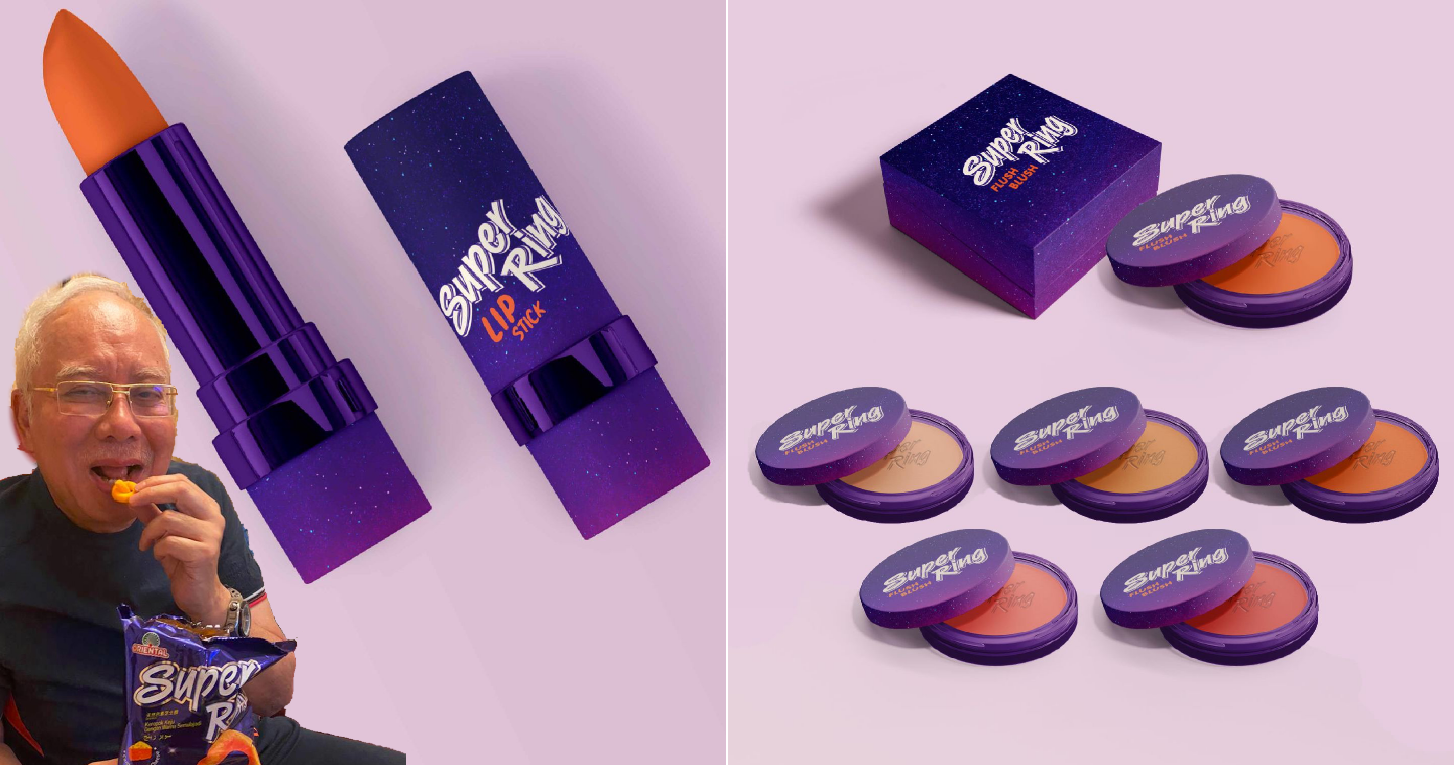 Well, if you thought that the Super Ring craze has died down, well we’ve got something to ‘beautify’ your perspective!

With former Prime Minister Dato’ Sri Najib Razak utilizing the ever so popular Super Ring snack as his go-to meme in his social media presence, the Malaysian-made product has been in an all-time high popularity-wise. Even opposition politicians and regular Malaysians joined in the fun when the verdict of Najib’s SRC case was heard. You’ve got to admit though, it’s a really good meme (and a very tasty snack too!). The one that benefited the most from this has got to be the company behind Super Ring, Oriental Food Sdn Bhd.

Well, if Oriental Food were ever interested to expand the Super Ring brand into a separate venture, a Johor Bahru based branding design company called PlanBe Design got the perfect idea for them.

Reimagining Super Ring as a line of beauty products, PlanBe Design released a few mockups on social media to incredible responses. As of the time of writing, their Facebook post has gotten almost 6,000 shares!

You can see the design mockups below: Okay, that looks awesome! If this was ever released, I’m sure a whole lot of Malaysians would be buying them. After all, who doesn’t want products that gives you a shade of Super Ring orange glow?

The question now is, would Najib be buying these for Rosmah if it were ever released? 🤔

Also read: “I would like to say sorry to you”, Najib Receives Super Ring Bouquet & Card Asking For Forgiveness