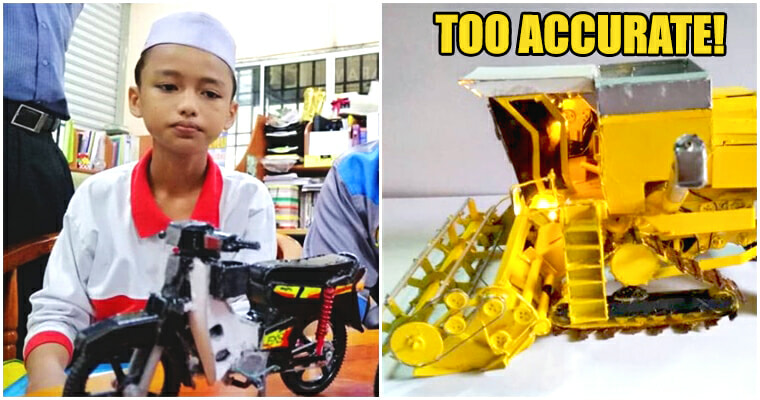 Dare to be different.

These siblings had never really enjoyed playing in the fields like other kids. Instead, the two spent their free time creating accurate models of machines and vehicles simply out of cardboard and waste materials.

According to Harian Metro, Muhammad Adam Shakirin, 13, and Muhammad Azim Hafifi, 10, have already created 30 replicas of different vehicles and machinery such as rice harvesters, tractors, lorries, trailer trucks and motorcycles! 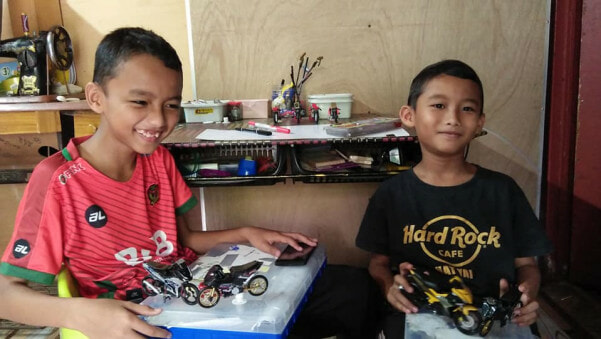 Their mother, Norin Puteh, 37, said that Adam started to show his interest in creating models when he was only 10-years-old after he was inspired by his father Mohd Fuad Ishak’s job as a lorry driver. His little brother soon picked it up from him, and they have enjoyed making models together since. Adam is currently a student in Sekolah Menengah Maahad Tahfiz Al-Abidin, Pendang, Kedah, and is currently gaining popularity among the community there. 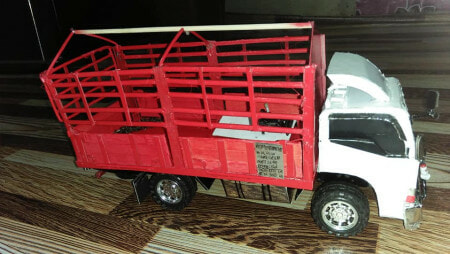 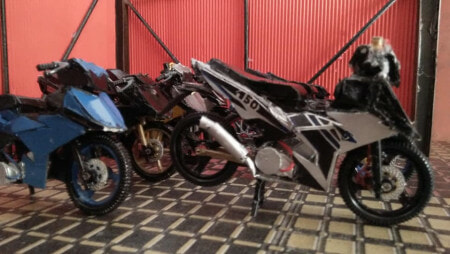 “When Adam was in Standard 4, my husband and I noticed that he kept on spending his time cutting away papers and shoeboxes to create models of lorries and machinery.”

“He would work hard on the models immediately after reaching home. We thought that it was just a phase but it got serious over time.”

The boys mainly use waste materials such as shoe boxes and mounting boards, and materials such as buttons, ice-cream sticks and plastic to complete their replicas, making them very affordable to build. Their parents would basically buy any materials that the boys needed.

“Maybe this is just our way to support them in pursuing their hobby.”

We dare say that Adam’s observation skills are as sharp an eagle as his lorries even have functioning cargo boxes. 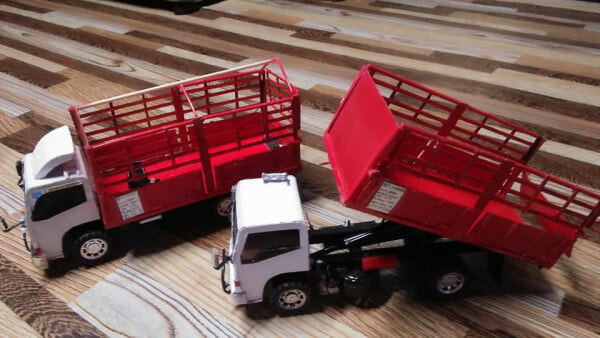 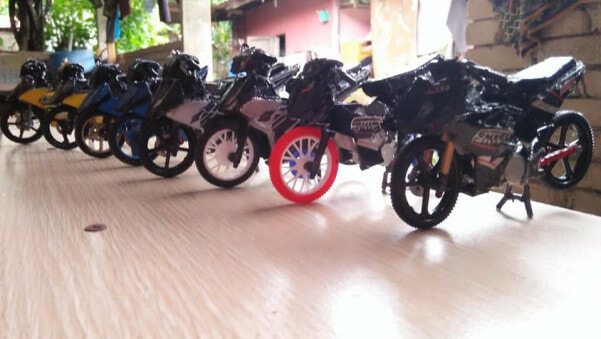 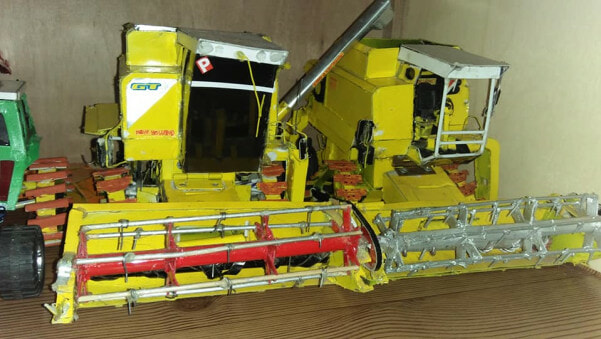 The cutest thing is, they even made a miniature workshop for their miniature bikes! How precious! 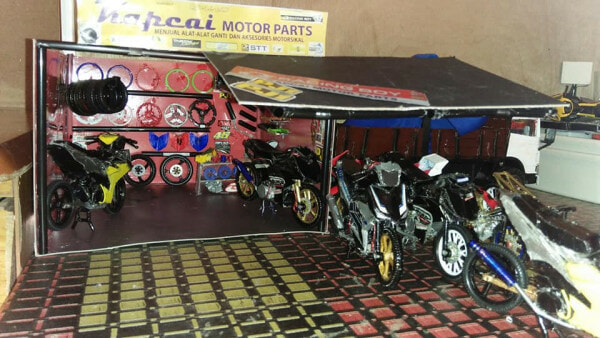 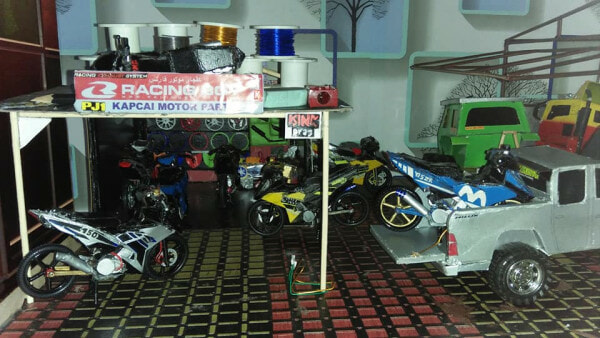 In mStar, Norin admitted that were times when she wanted to scold him for wasting too much time on the hobby.

“I did feel like scolding him before because I thought that it wasn’t beneficial. Not to mention that I was afraid that he might get too carried away and neglect his studies.”

“However, Thank God that Adam is good at studying as well.” She said. 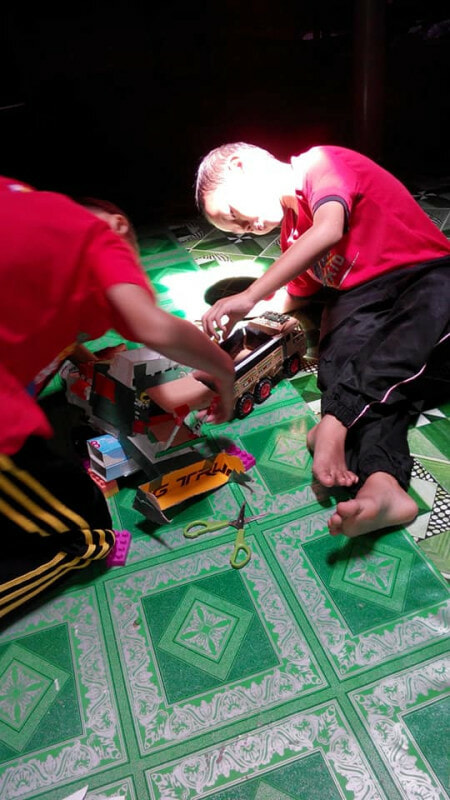 From just a picture, Adam would meticulously measure the size of his intended models and each would take from 1-3 days.

“The most he would take would be three days because of complex designs like the rice harvester. Simpler models such as bicycles and motorcycles would only take him one day.”

“He would do everything on his own delicately and meticulously. From measuring to cutting to binding. Adam would observe a picture first. If it was blurry he would ask our help to find a different one. Finally, he will then start measuring and cutting.”

Turn out, the boy wants to become an engineer when he grows up! That really suits him!

According to Norin, the boys have their own special shelf to display the replicas. 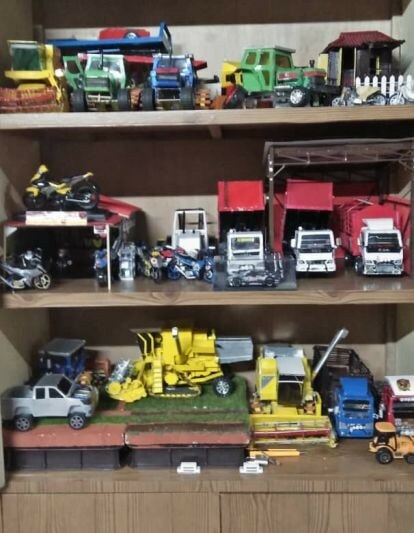 When asked if they intended to sell any of the replicas, the mother said that it would be best to wait and let him polish the quality of his models before actually selling them.

And he might get the chance to that soon, as people have been offering relevant courses for Adam to further his studies and his parents said that they would welcome any kind of sponsorship that would help their sons to thrive. 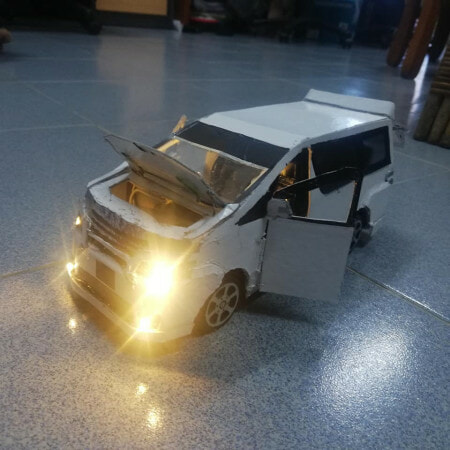 It even has headlights and a moving hood! We hope his talent is nurtured so he can achieve success one day.

Also read: This Ipoh School Started Rearing Fish In Their Longkang Just Like Japan & It Looks So Cool! 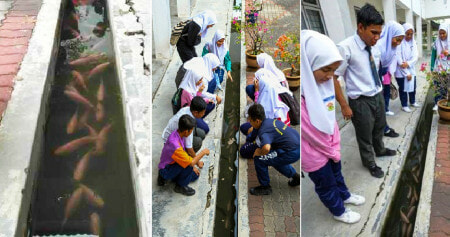