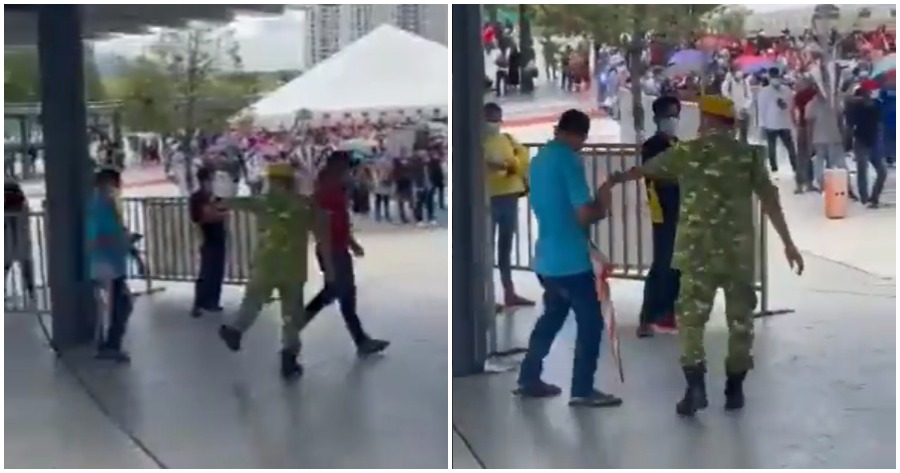 A lot of foreigners come to Malaysia to work to support their families back home. With the worsening situation, many foreigners are looking to get vaccinated as well. As of now, there is only one vaccination centre that is offering walk-in for non-Malaysians and it is the Bukit Jalil PPV.

A video that was shot at that exact PPV has recently gone viral on Twitter.

In the video, a line of people can be seen moving forward when a RELA member stops a man (who is identified to be a foreigner) by putting out his arm to block the man. He then uses his leg to stop and block the man before pushing him backwards, unnecessarily with force.

Speaking to Rekha who posted the video, she told WORLD OF BUZZ that the video was recorded by someone who wishes to remain anonymous.

To give more context, it is said that they had witnessed the RELA member literally punching and kicking several foreigners prior to this incident but they were unable to record his actions. They only managed to get the above video where the man was shoving a foreigner. It is said that there were also three other PDRM officers there who were witnessing the scene but did nothing. The person who recorded the video also asked other officers but was only met with silence. 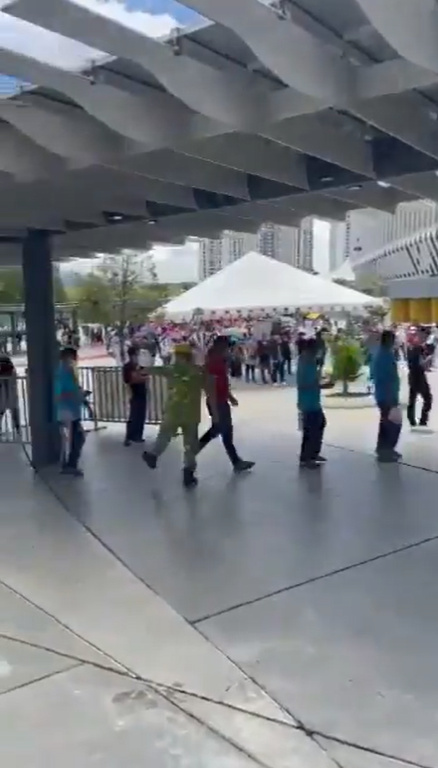 A netizen by the name of Aida actually witnessed the interaction:

“Yes I was there yesterday and I can confirm this. “You orang apa? Orang Bangla pergi sana” was just the tip of the iceberg. They were yelled at, berated and disrespected.”

Hoping for a more tolerant Malaysia

Rekha has said that it is not the foreigners’ fault as they are just trying to be safe.

“These foreigners, they’re humans. They have families back home that they want to get back to. Let them get vaccinated. Allocate more PPV if need be.”

Other than that, she has also made a comparison that there are fellow Malaysians who are in other countries for education and /or employment. If they were treated the same way, then there would surely be an uproar. So, she hopes that Malaysians will be more tolerant.

We have reached out to JKJAV for a statement and still awaiting a reply. 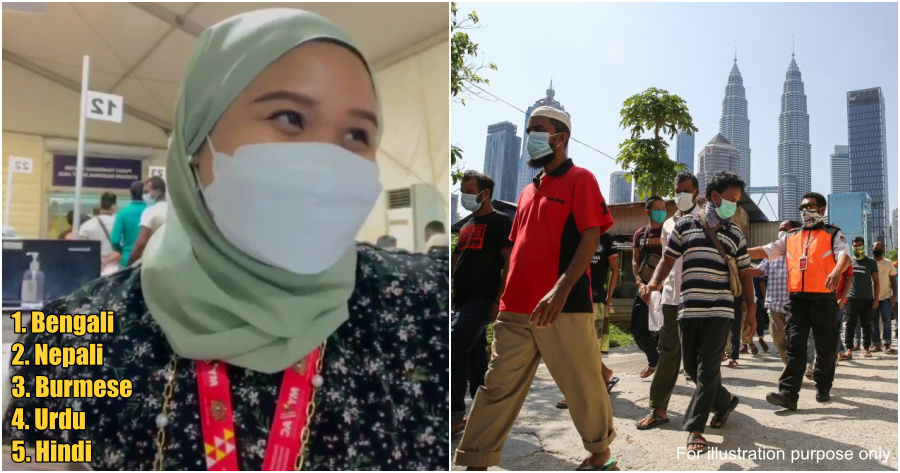