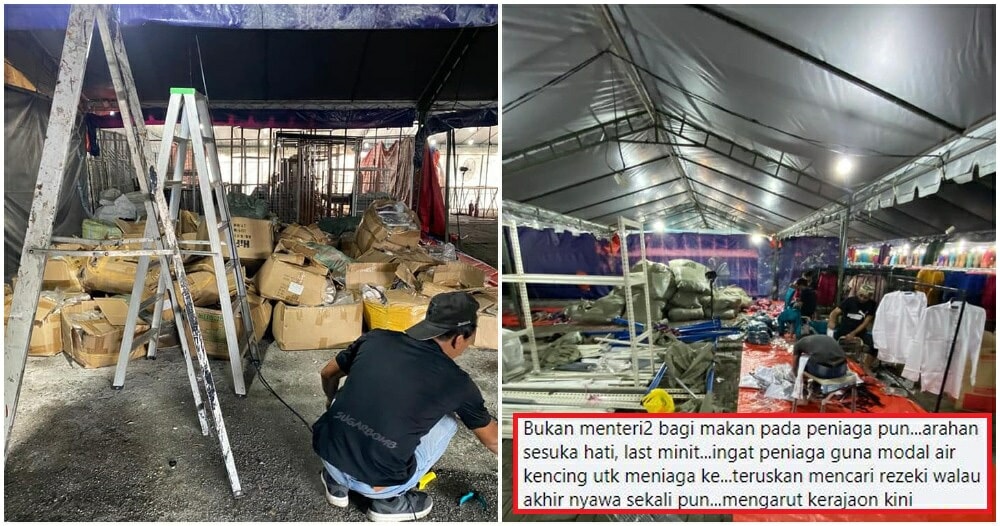 The Kelantan State government announced on Sunday (11 April) that the state will not allow bazaars and Tarawih prayers throughout the month of Ramadhan following the surge of Covid-19 cases in the state.

Unsurprisingly, many vendors were angry at this decision as it was made last minute and would definitely affect their livelihoods. Fearing the worst, this Malaysian made a Facebook post requesting the government to research their future decision thoroughly regarding bazaar Ramadhan as for most vendors, the set-up for the stalls itself can take up to 20 days.

Sham Kapt said the expenses for the stall, including the rent for their spot, staff salaries, and raw materials can reach up to thousands of ringgit. 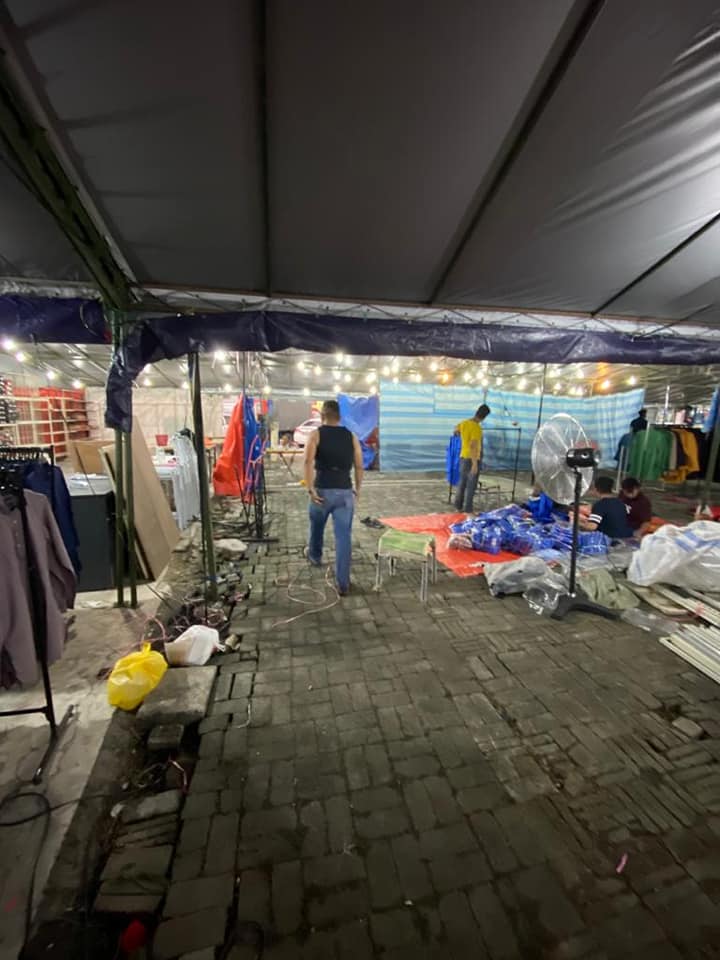 “They leave their families, work from 8 in the morning till midnight, sometimes sleep at the stall area itself and once everything is ready, how can you easily just tell that the bazaar is cancelled?”

He posted pictures of vendors setting up their stalls for the bazaar at Jalan Taiping, Klang, Selangor to give a visualisation of the effort it takes for vendors to prepare themselves before the bazaar and reminded the government that if they want to cancel the bazaar, make sure to inform earlier just like they did in 2020.

“This is what happens when all politicians care about is positions, sitting in their air-conditioned offices while collecting their salaries,” he said. 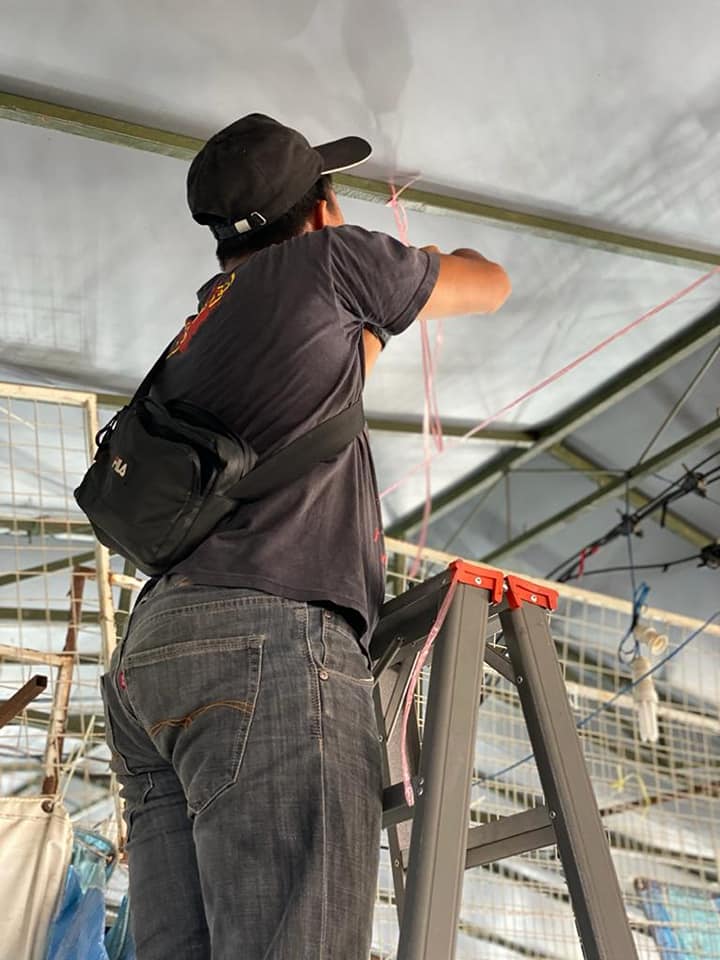 Sham even challenged the ministers to come and help him set up the stalls so that they would know the struggles a vendor has to go through each time during Ramadhan. Facebook users said that if Covid-19 cases increase, the best option is to cancel the bazaar BUT they agreed that these decisions should not have been made last minute.

“It’s not like these ministers are paying these vendors. Do they think these vendors are using urine as capital? Please continue your business even till your last breath. The government is so ridiculous.”

“Kelantan had a sudden surge of red zones so it’s good that the bazaars were cancelled but it’s still wrong for them to give a last minute notice. If the bazaars were to remain, the risk of cases increasing is higher and might even cause the people there to not even celebrate Raya.

Whatever it is, let’s pray that the cases in Kelantan reduce so that the bazaars can return.” 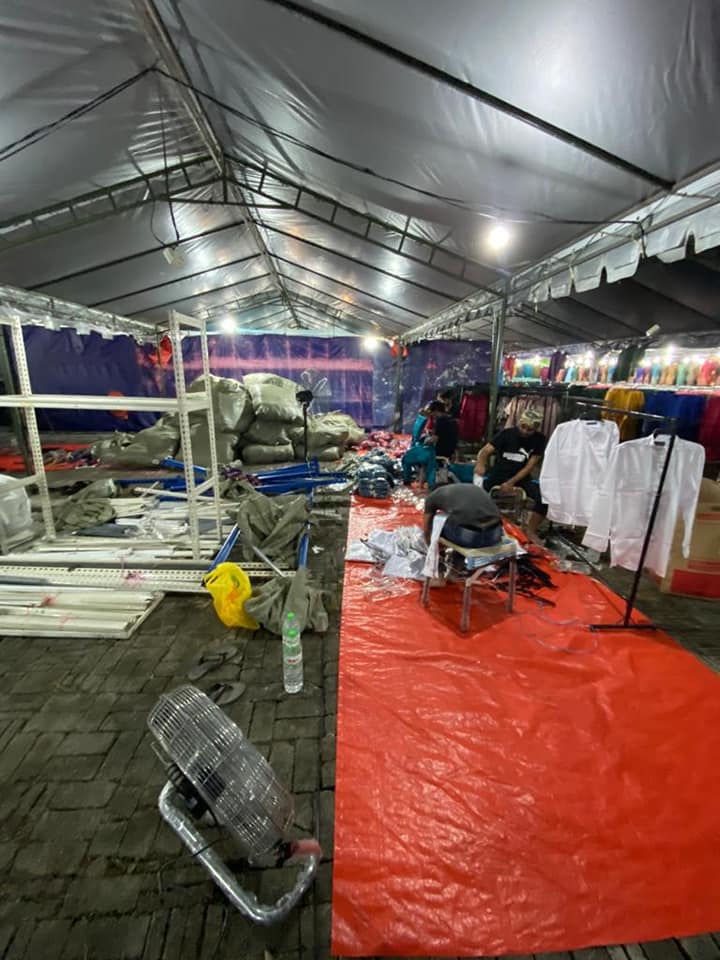 “I’m worried the rakyat will get too angry and riot against the government after losing what little belief they had towards the politicians and their nonsense laws. Even the law is double standard! When it’s for a VVIP, it’s okay but the same rules don’t apply for normal people.

Was it necessary to cancel Bazaar Ramadhan in Kelantan? Let us know in the comments section!

Also read: Attention KL-ites, There Will Be 65 Bazaar Ramadhan You Can Visit This Year! 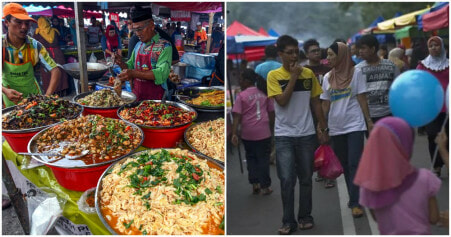