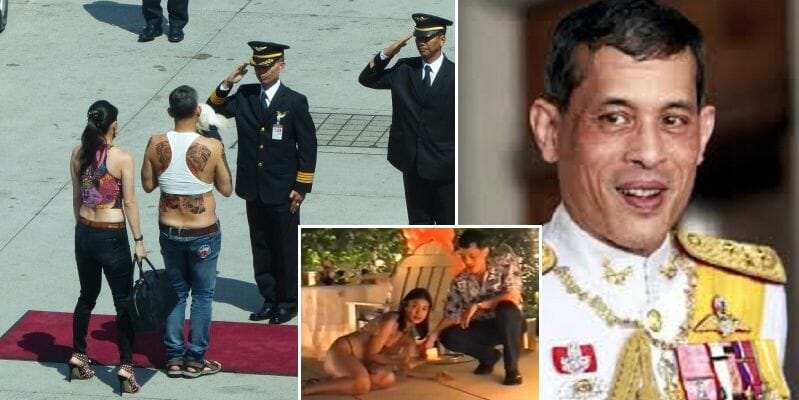 Labeled eccentric (read: weird), a womanizer, a gambler, Crown Prince Maha Vajiralongkorn, the obvious heir to the throne of Thailand is currently under vicious scrutiny. His recently deceased father and King, King Bhumibol Adulyadej (pictured below) reigned for 70 years — the longest-reigning monarch in the world (above Queen Elizabeth II of Britain) and has been the unshakeable rock of the growing nation. 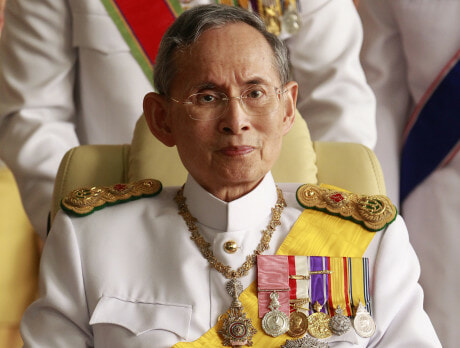 As different as day and night, New York Post has reported that the new King of Thailand was questioned for his strange behaviours and was pictured wearing a white crop top exposing his midriff and other parts of his upper body. His body was even adorned in FAKE tattoos. Of course, not forgetting his white poodle in hand.

He is known for his eccentric and erratic ways and it has brought great uncertainty and apprehension to the nation as the rest of the world questions his abilities as a ruler – ruler over 67 million people to be exact. 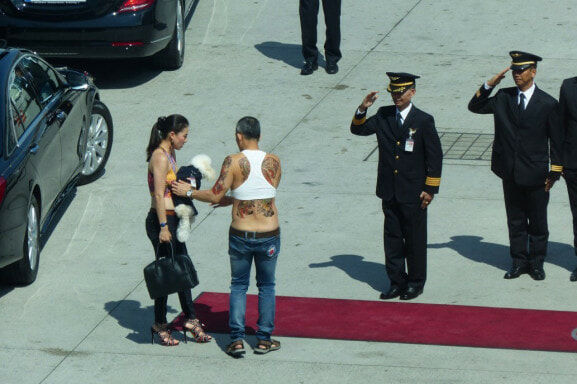 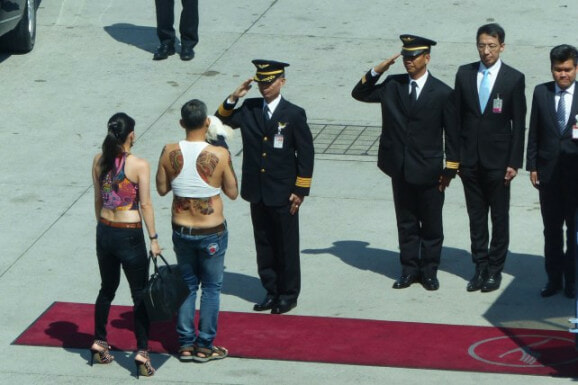 It doesn’t give anyone pleasure in stereotyping this new king, but past reports and defamatory accusations of Vajiralongkorn are not without substance.

According to the New York Post, the 64-year old playboy has had a series of unsuccessful marriages. He first married his cousin, but during his first stretch of matrimony, Vajiralongkorn fathered 5 children with his mistress and eventually married her as his second wife.

He then dumped her and forced her out of the country. His relationship with his third wife was not much different than the prior. 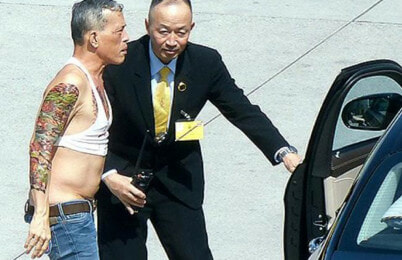 In 2007, a video of Princess Srirasmi, the third wife surfaced showing the Princess in nothing but a G-string singing a birthday song to the couple’s beloved pooch, Fufu and eating the cake with it, reports Daily Mail. Srirasmi worked as a bar waitress before her chance at Royal life came. 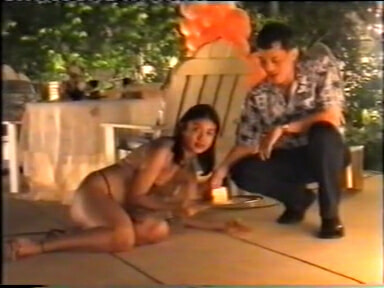 When that relationship also lost its spark, Srirasmi was thrown out from the Royal Palace and her parents were jailed for 2 and a half years charged for “royal defamation”. The manner as to how this man disposes of his exes is frightful.

Owning a small section in the books of Thailand’s history is the white poodle, Fufu that was appointed air marshal by Vajiralongkorn. Yes, you read that right. 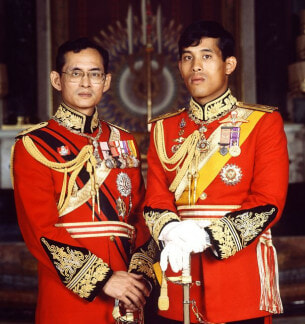 “(He) neither commands the respect nor displays the charisma of his beloved father.”

“Long known for violent and unpredictable mood swings. The crown prince has few people who have stayed long in his inner circle.” leaked a US cable in reference to Crown Prince Maha Vajiralongkorn (via Mirror UK).

While many have preferred for his sister Princess Maha Chakri Sirindhorn, Thailand’s prime minister announced that the Crown Prince has agreed to perform his Royal duties. 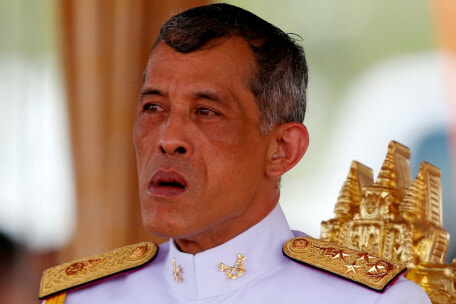 World of Buzz reached out to a few Thai citizens on their opinion about the new King, but many did not want to think about what the future may hold for them yet, as they are still mourning over the loss of their great late King.

“He [Vajiralongkorn] is kinda [not as good], but we have no right to object him. It will happen according to traditional of the royal family – that the son of the old king will be the king after he dies.”

“We know exactly [how he behaves] but we can’t deny that he’s our new King. That’s why our focus is on the old king right now. Even though he is gone, but his good deeds will forever remain in our hearts.”

Vajiralongkorn currently awaits coronation. He has asked for 4 days to mourn his late father and King.

For Thailand’s sake, we hope this apple hasn’t fallen too far from the tree. 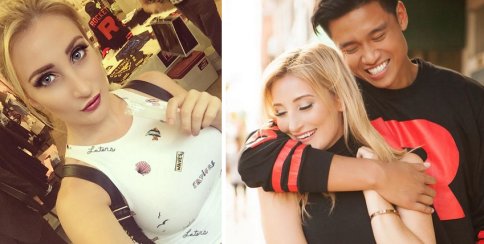