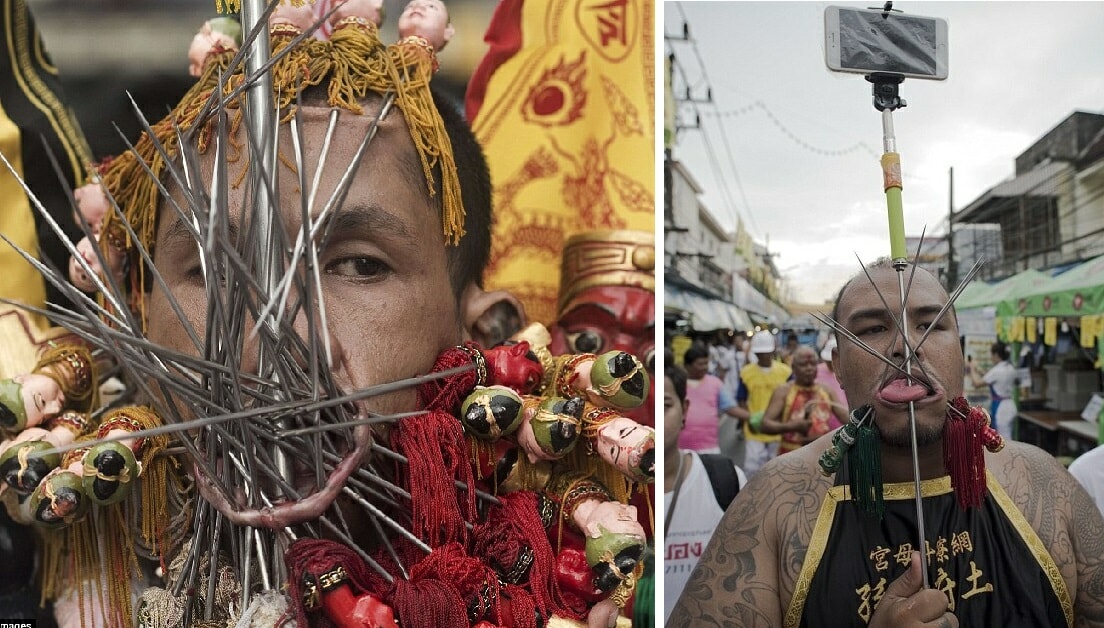 In an annual vegetarian festival last weekend, hundreds of Thai men celebrated it by forcing needles, spikes and even guns through their cheeks.

Sorta reminds me of Thaipusam. *Gulp*

The nine-day festival in Phuket, southern Thailand, features devotees of the Chinese Samkong shrine and the Chinese Ban Tha Rue shrine piercing their body in a belief that the act helps to shift evil spirits.

The ritual which was believed to have started since the early 1800s, involves a procession that worships abstinence from meat, while mediums also attempt to call on spirits as many believe their abstinence will help them obtain good health and peace of mind. 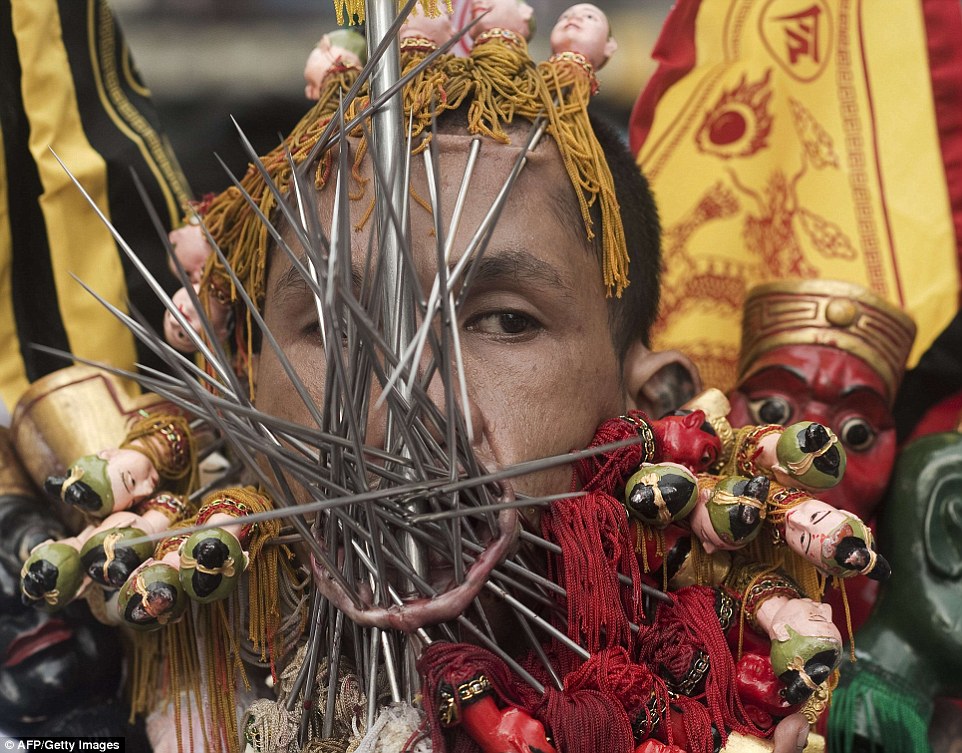 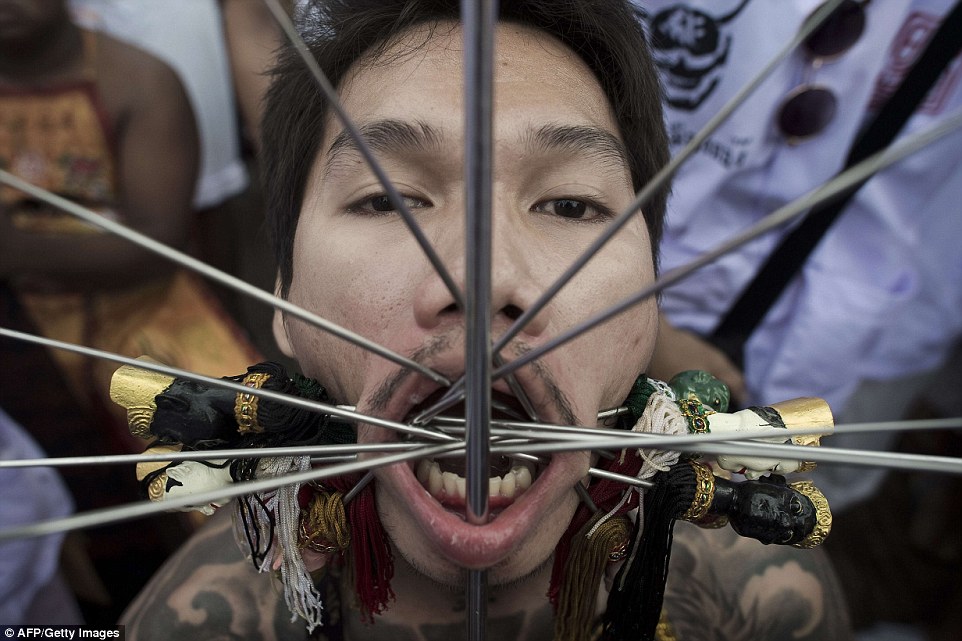 The men are seen with several metals poking through their mouths and skin. This devotee below took it to another level by using a trident. 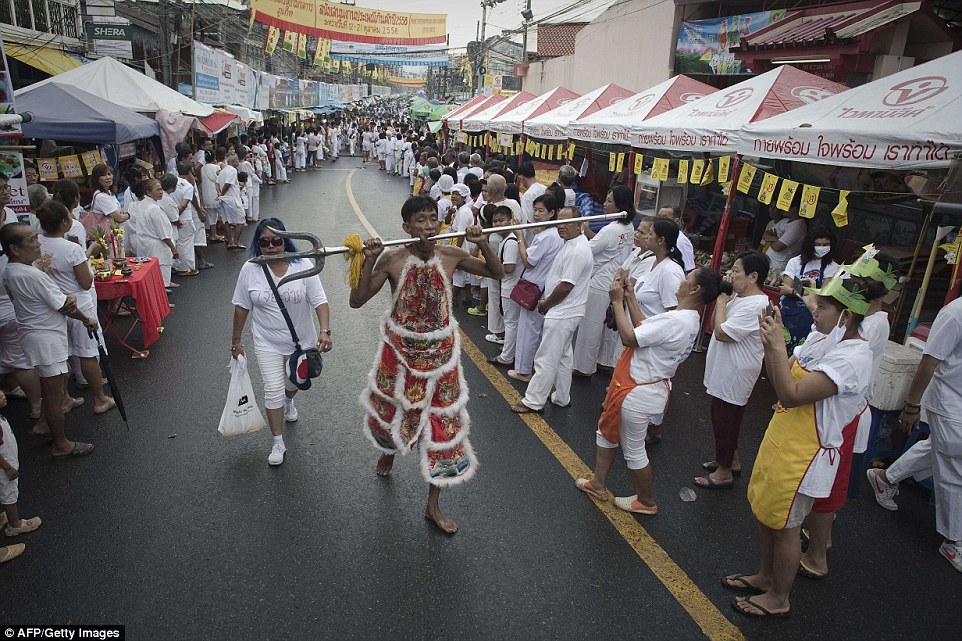 Others forced a dozen sharp knives through his cheek. 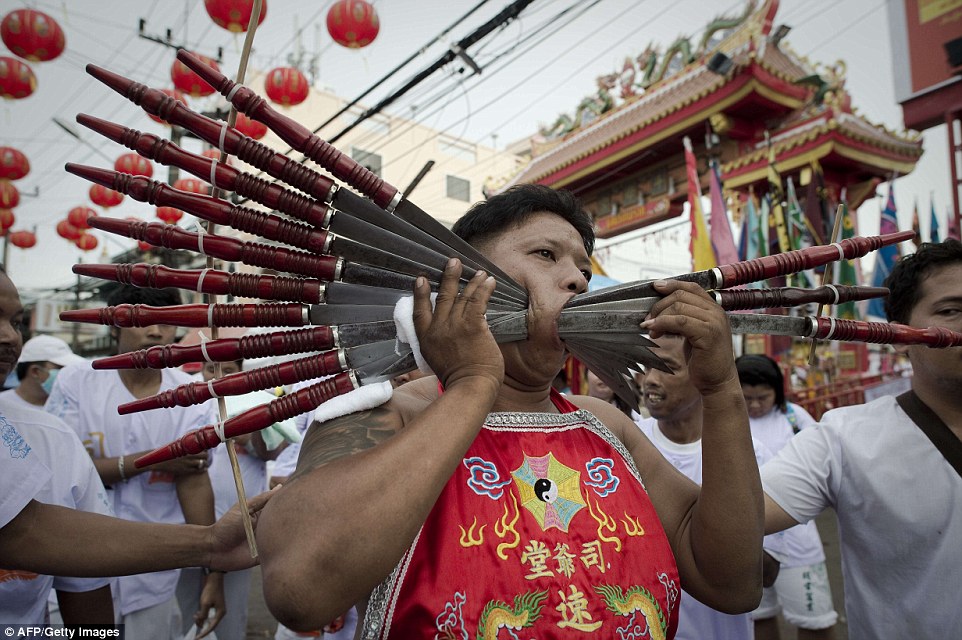 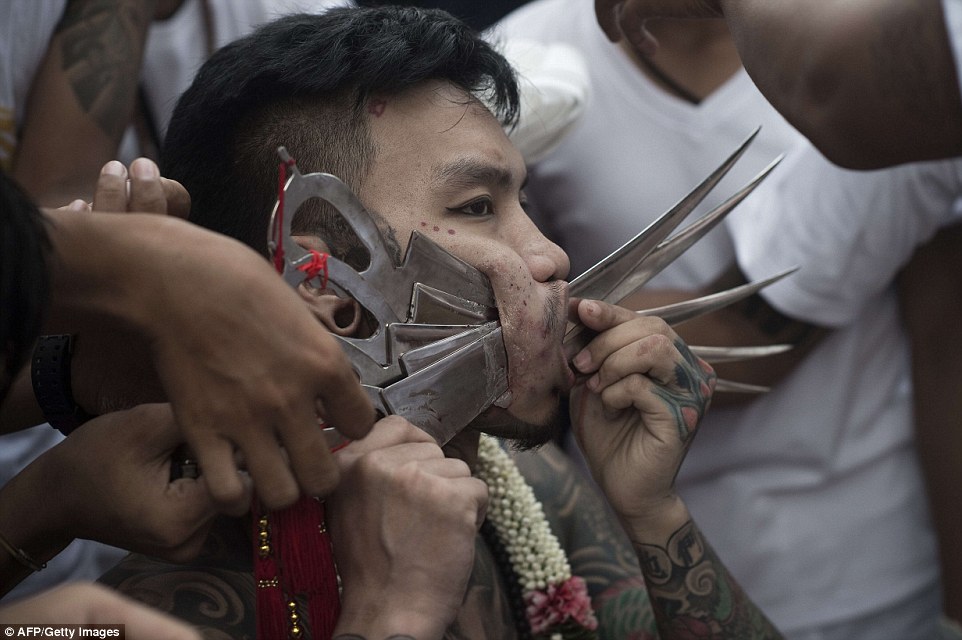 Devotees are not given any anesthetics but are said to be in a trance where they feel no pain when the piercing is done.

A follower poses for the camera while having his mouth filled with two pistol barrels. 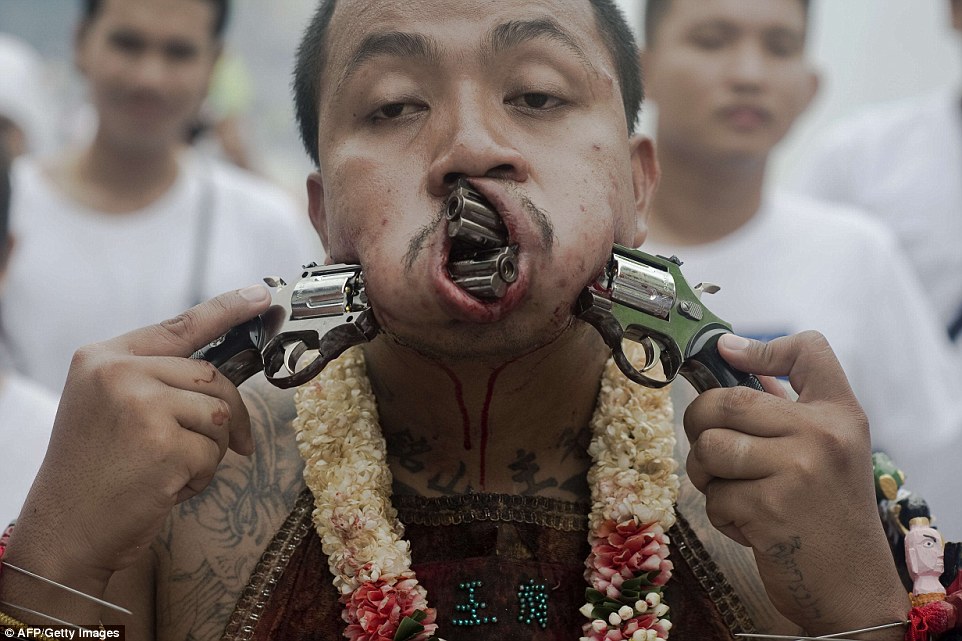 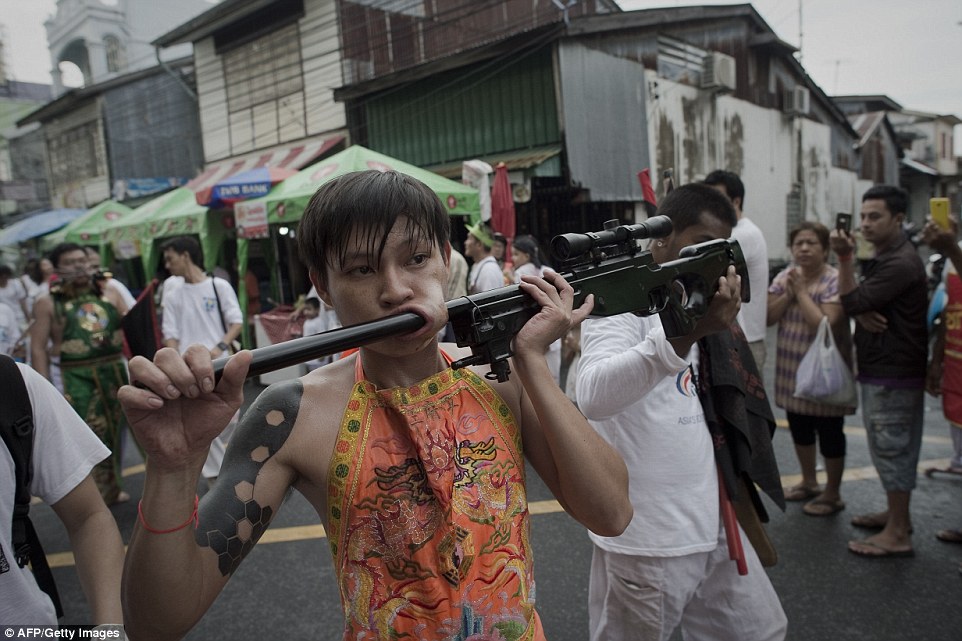 Another follower was pictured while he was having both his cheeks pierced with long sharp swords. 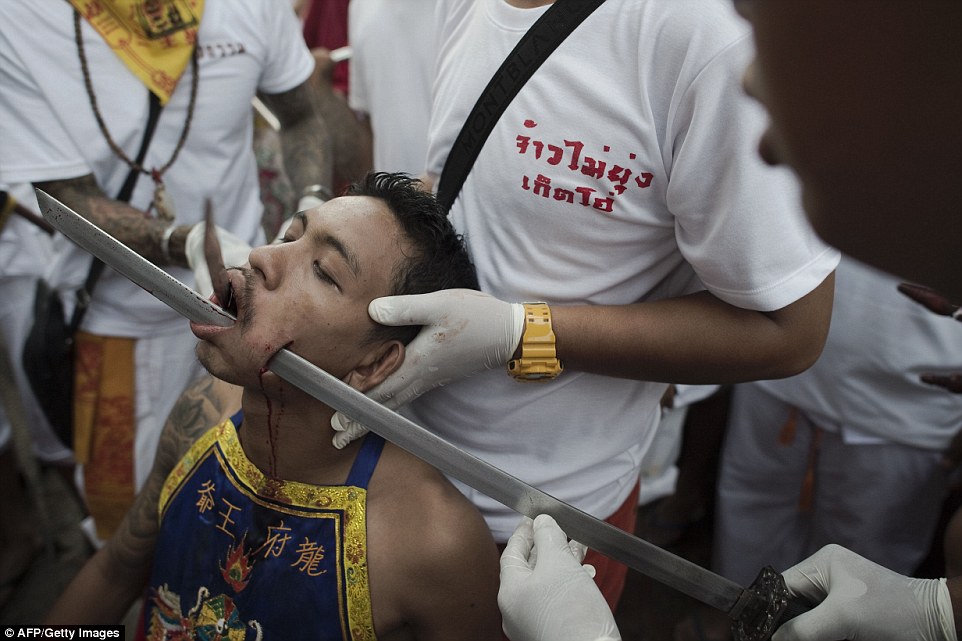 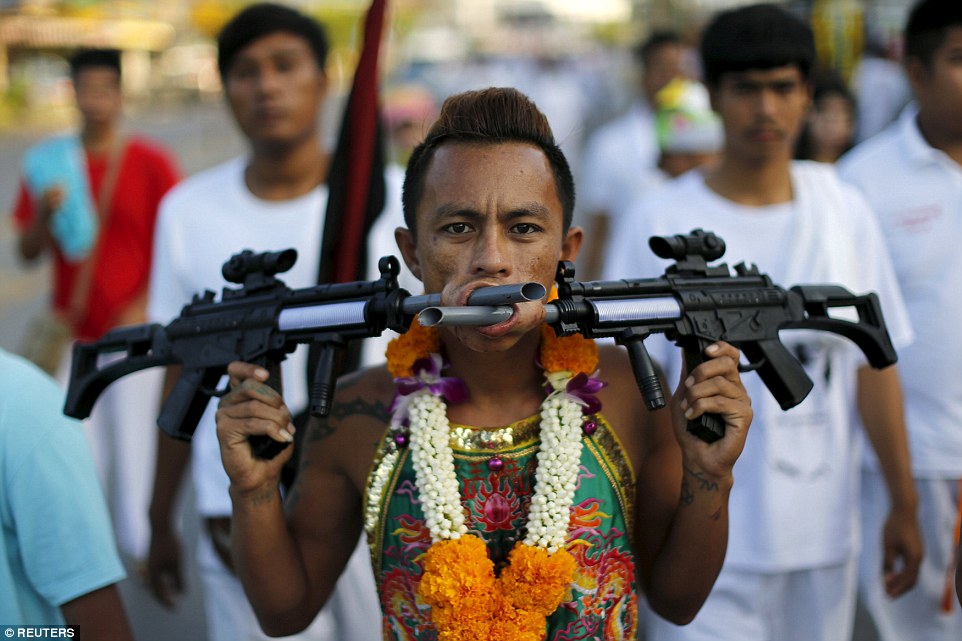 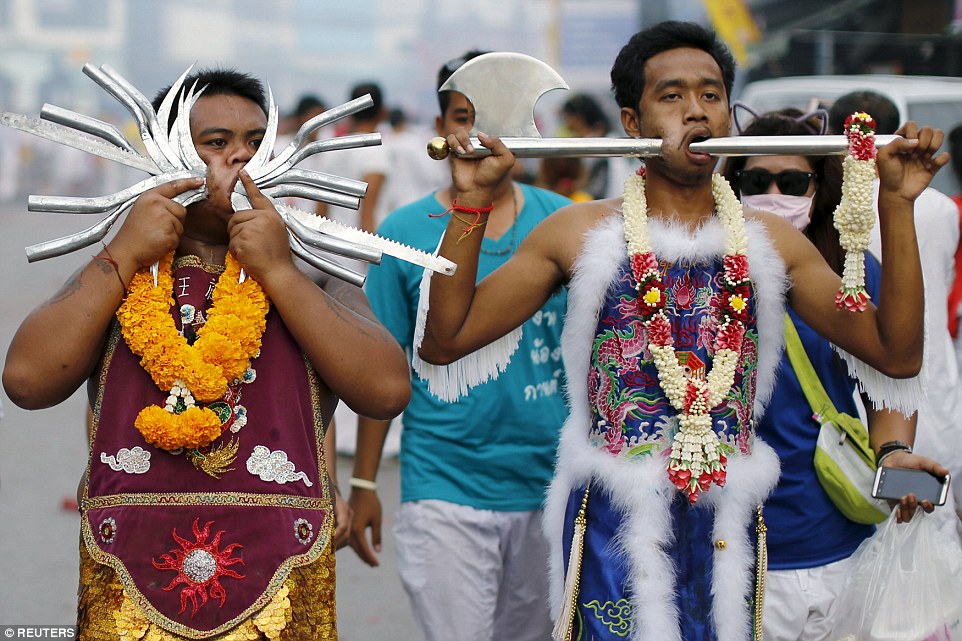 Now excuse me while i take a breather.