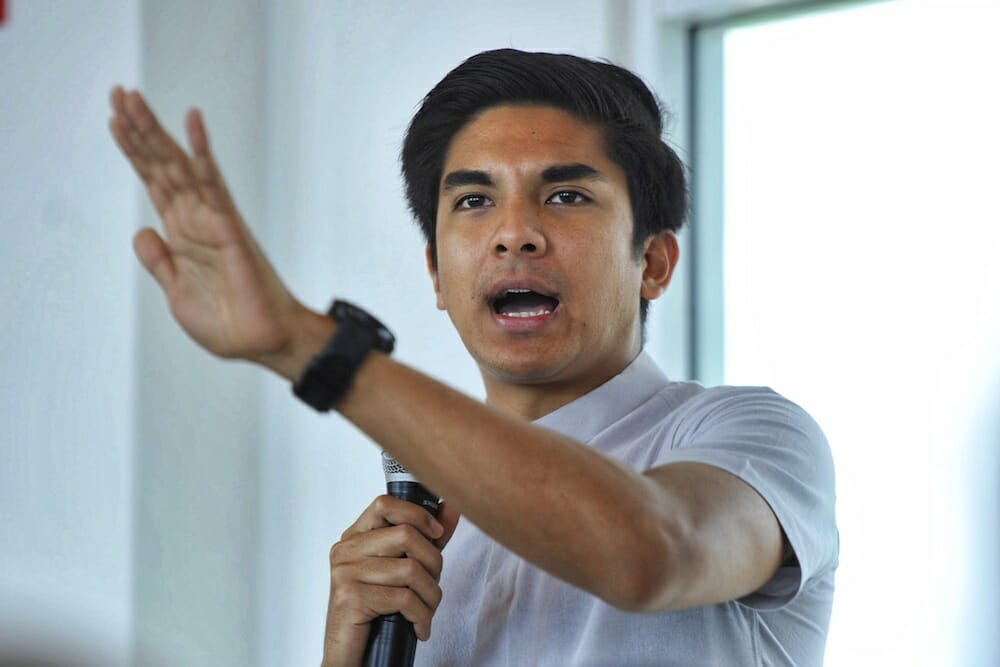 It’s been a crazy few weeks here in Malaysia with all the stuff that’s been going on with the gomen.

Recently, former youth and sports minister (and political hearthtrob amongst the younger Malaysians), Syed Saddiq Syed Abdul Rahman said that he would rather lose all of his positions that to support PPBM president Muhyiddin Yassin’s leadership. 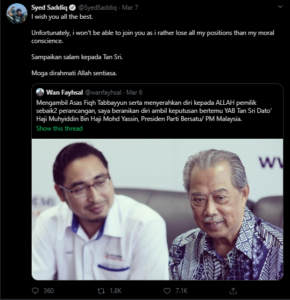 “Unfortunately, I won’t be able to join you as I’d rather lose all my positions than my moral conscience.”

“Send my regards to Tan Sri,” He continued in his tweet.

This statement was made in response to his former special officer, Wan Ahmad Fayhsal Wan Ahmad Kamal when he made an annoucement on Twitter stating that pertaining to a meeting he had with Muhyiddin, he has decided to back the Pagoh MP’s leadership as prime minister as he is confident that the PM should continue to lead the country. 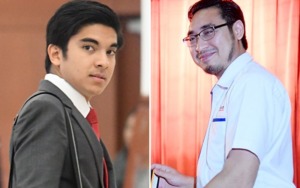 His post has garnered over 1,000 comments. Some of which included people who had to remind him of his tweets on February 29 when he announced that he would vouch for Syed Saddiq and Tun Dr Mahathir Mohamad.

Syed Saddiq who remains in Bersatu as the Youth Chief has vowed to fight against the corruption in the current political scene in Malaysia and will stand by his decision to not be in support of Muhyiddin and to restore Mahathir’s position as prime minister. 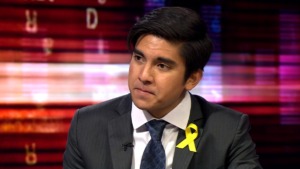