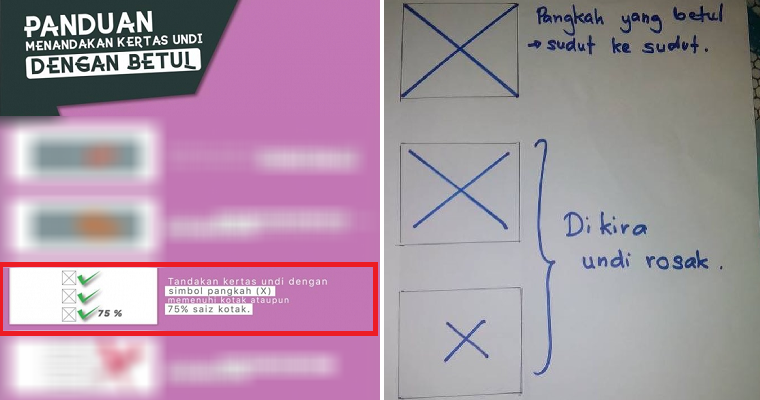 Honestly, this is just an embarrassing mistake! With barely three days left to GE14, it looks like our Election Commission (EC) has made a major blunder that got Malaysians seriously confused. 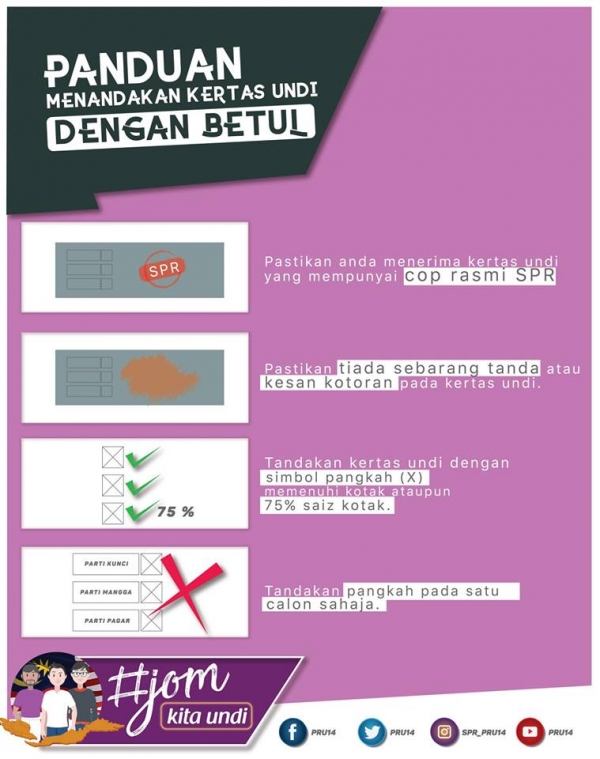 Oriental Daily reported that just recently, the EC had posted some simple guidelines to teach voters on how to make sure they can cast their vote correctly. In the infographic posted on one of their Facebook pages known as PRU14, one of the instructions said that voters would need to mark an ‘X’ that fills in the box or at least 75% of the box, otherwise it would be a spoilt vote.

This had Malaysians panicking because they could not figure out how to determine whether the ‘X’ was big enough to be 75% of the box. No other explanation was given on this issue. However, when reporters from Oriental Daily contacted the EC on this issue, they admitted that it was a mistake and voters did not have to actually fill in 75% of the box. Is this considered as fake news? 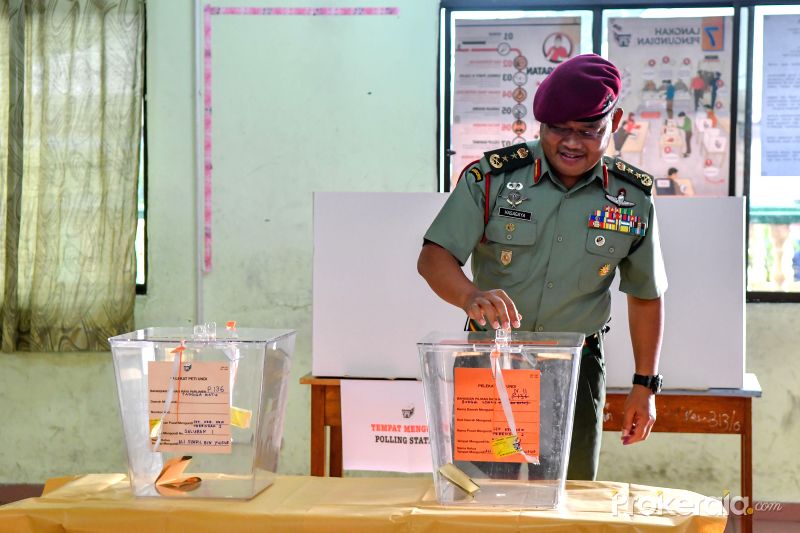 The EC had immediately taken down the Facebook post after they realised their error but by then, the damage had already been done. Netizens had already shared the post thousands of times on their social media. In addition, a message also circulated on WhatsApp, which featured three ways of marking the ballot paper.

It said that the ‘X’ should cover the box from corner to corner and the other two ways shown were wrong as they did not fill up the box fully. Actually, all three ways shown are correct, so please stop sharing this image okay? In fact, as long as the mark you made does not cross over to another candidate’s box and it is shown clearly which candidate you have chosen, your vote is valid. 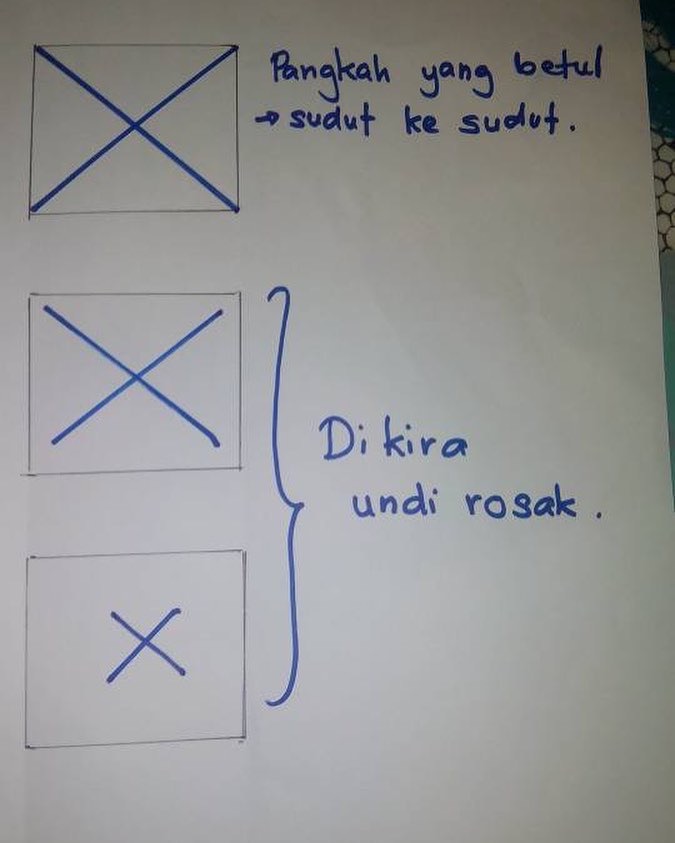 If you’re still unsure, there are actually 39 ways for you to mark your paper and they will all still be considered legit! Of course, to be safe we recommend that you stick to the traditional method!

Also read: Bersih’s Member Reveals 39 Ways You Can Cast a Vote, Here’s What You Need to Know 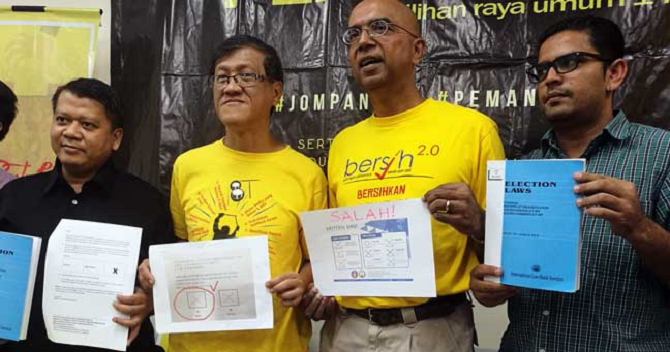