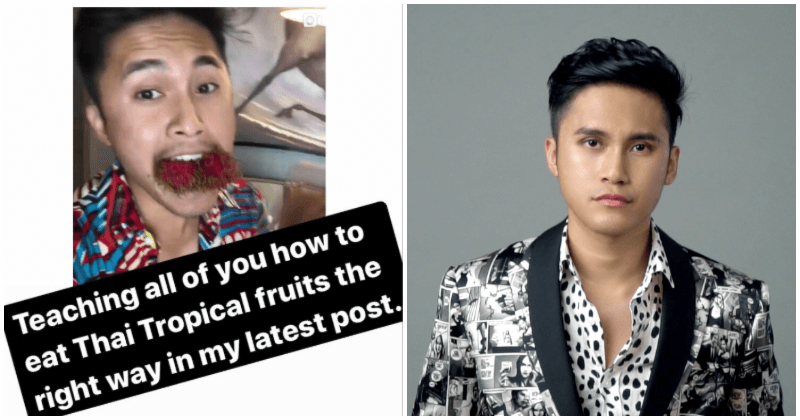 We once again return to the battle of… who’s food is it anyways!

Singapore and Malaysia have for decades been fighting over who has ownership over certain food items and that battle doesn’t seem like it’s going to take a pause anytime soon with a new incident arising.

This time, Malaysians appear to be bitter about the fact that a Singaporean personality had implied that rambutans were a Thai fruit.

The personality, @HIRZIofficial took to his Twitter account to showcase the bitterness he received from a Malaysian after he had posted a preview of his upcoming posting, where he wanted to teach his followers how to properly eat Thai tropical fruits, while attaching an image of himself with rambutans in his mouth.

Hirzi wrote, “Malaysian and their food are never done, please.” 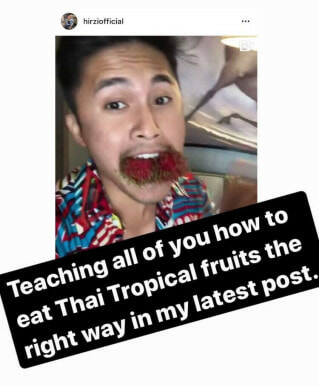 One Malaysian decided to call out Hirzi for calling rambutans Thai tropical fruits. He also said that Hirzi had committed ‘fruit appropriation” because this netizen claimed that rambutans are from Malaysia.

Though, Hirzi had the last laugh because he had the perfect and ultimately, correct response for the situation. 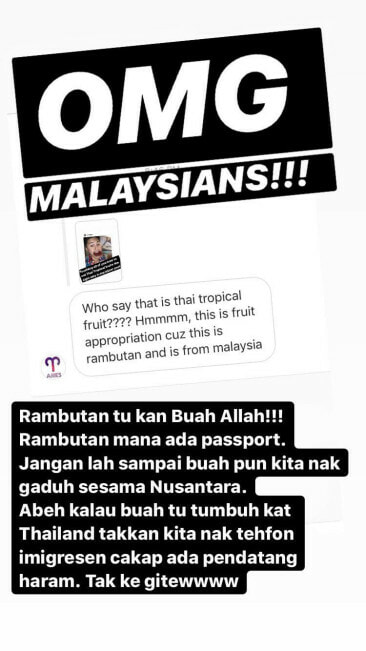 Hirzi writes, “OMG Malaysians. Aren’t rambutans Allah’s fruits? Rambutans don’t have passports. Just because of a fruit, don’t cause a fight among Nusantara. What if the fruit grows in Thailand, don’t tell me you’re gonna call the immigration department and report an illegal immigrant.”

Upon digging, we found out that rambutans are native to Southeast Asia!

So why try and claim something as our own when it is meant to be for everyone, right?

Hirzi’s posting has since garnered over 3,300 retweets.

Maybe it’s about time we practice saying ‘Ours’ instead of ‘Mine’.

Also read: This Netflix Series Just Featured an “Alien” Fruit Which is Actually… A Rambutan