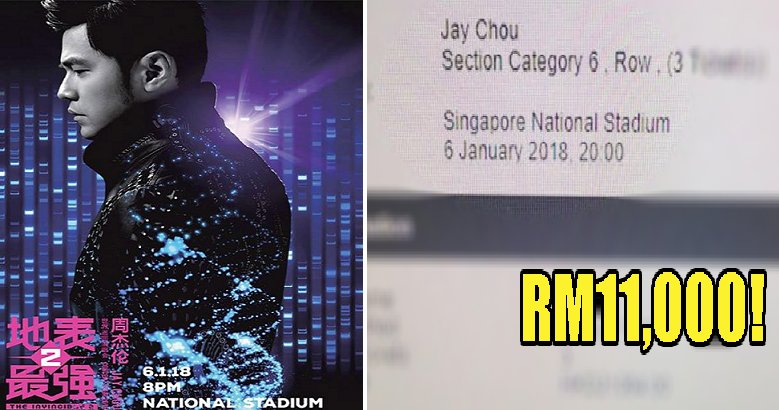 So, you may have heard that one of Taiwan’s most famous Mandopop stars, Jay Chou, is bringing The Invincible 2 concert to Malaysia and Singapore in 2018. Of course, due to his fame and popularity, concert tickets were snapped up quickly.

Chinapress reported that over 40,000 tickets for his January 6th concert in the Singapore National Stadium was sold out within two hours, which left some of his fans sorely disappointed. This led to some unscrupulous people taking advantage of the situation by buying the tickets and reselling them at a much higher price. In fact, some of them are even selling fake tickets!

One of the victims who fell prey to these scammers was Ms Huang’s 16-year-old daughter who really wanted to see her idol.

Huang had allowed her daughter to go to the concert with two other friends but they weren’t fast enough to grab any of the available tickets. However, one of her daughter’s friends then informed her that they managed to find the tickets on sale on a foreign website. 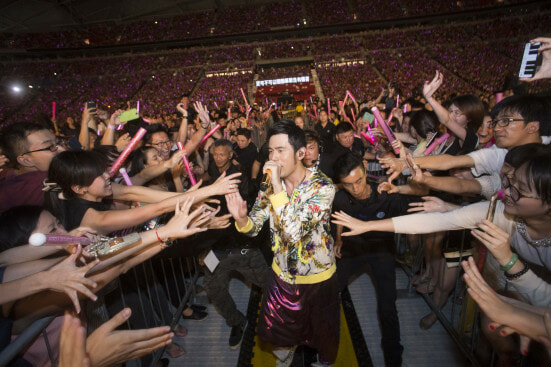 Excited, her daughter immediately used her mobile phone to log onto the website to purchase three S$128 (RM400) Category 6 tickets. Because she often helped her mother make online purchases, her daughter had Huang’s credit card information, which she promptly keyed in to complete the transaction.

But to her horror, after the payment went through, the price for each ticket had suddenly changed to S$955 (RM2,984).

That’s not all, because when she checked the total, she discovered that including booking and handling fees, her mother’s credit card had been charged with S$3,700 (RM11,563). Wah, that’s a lot of money leh!

Her terrified daughter immediately called her mother to inform her of this alarming transaction.

Ms Huang said, “At the same time, I received a message from the bank that said my card has been charged with more than HKD20,000 (RM10,996) as that was the currency used by the website. I tried to call the bank to cancel the transaction but they told me they could not do so.”

“I contacted the website and requested for a refund but they refused to grant me one. After some back-and-forth for a few days, finally, I was able to cancel the transaction and get my money back.” 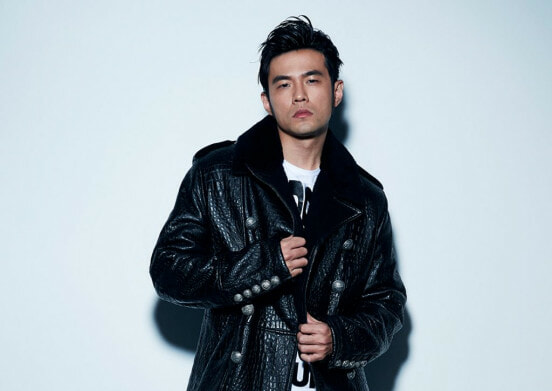 The concert organiser, Multimedia Entertainment, reminded fans that they should only purchase tickets from authorised sellers and to be wary of scams like this.

Remember, always be careful when making online purchases like this. You could come across a scammer! 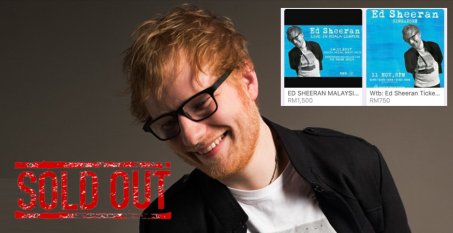