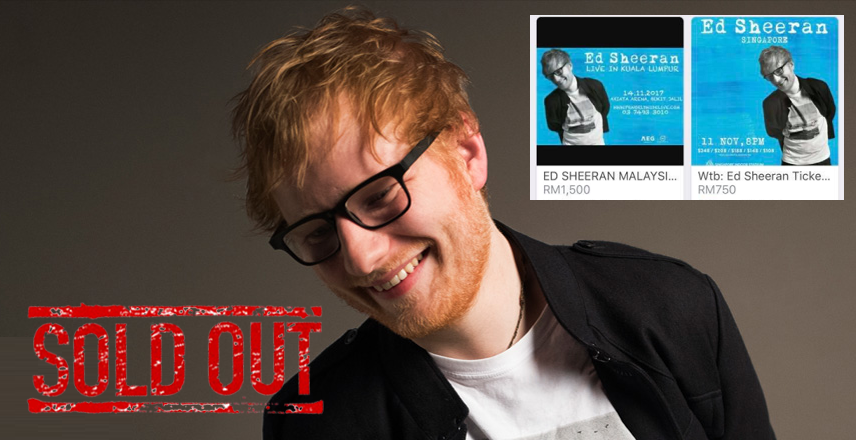 Earlier this morning, tickets to Ed Sheeran’s highly anticipated concert in KL went on sale at around 10 a.m. However, just minutes after they went on sale, all tickets were sold out in a flash!

According to The Star, all 12,000 tickets were sold out within approximately 30 minutes. 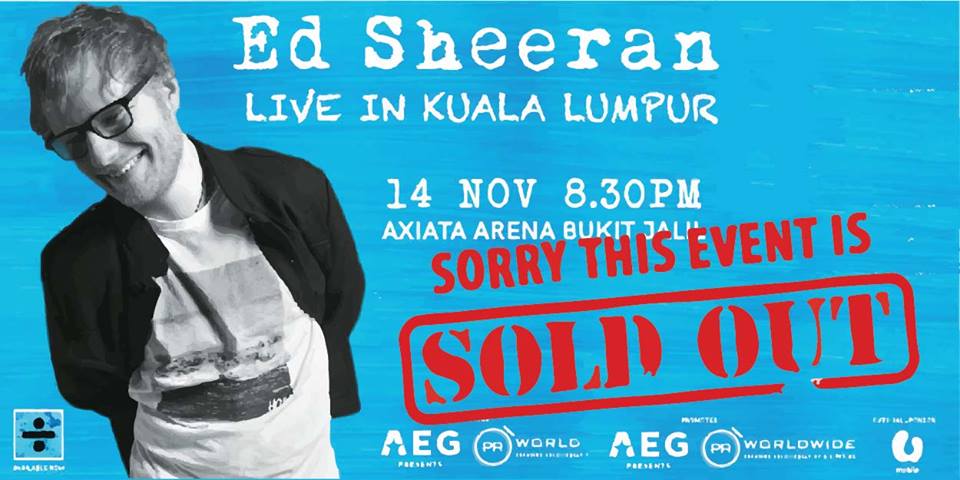 According to MyTicket, which was selling the tickets to the hugely popular artist’s concert, tickets were priced at RM198, RM298, RM358, and RM458.

However, once all the tickets were sold out, people were starting to resell them at crazy prices. Some websites have started reselling a pair of tickets for RM2,000! 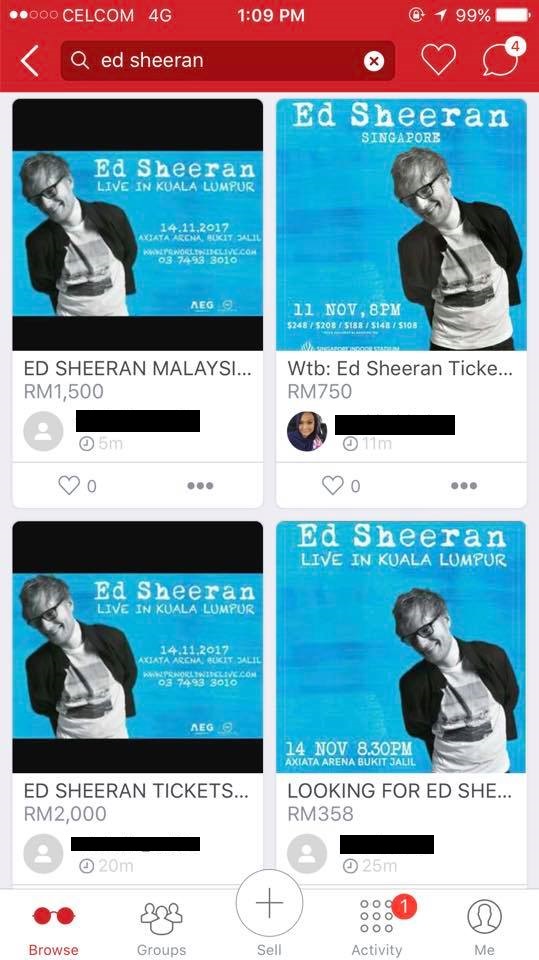 Tickets are also being resold on Viagogo at a minimum price of about RM1,700 (and this is for the lowest category tickets!). 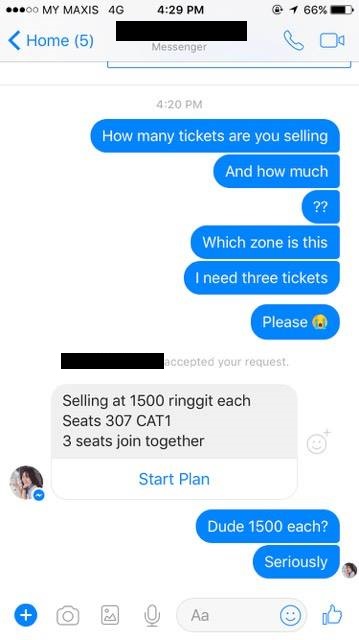 That’s not even the worst part! It was also found that some tickets were being resold  for over RM8,000!

Since many fans were desperate for tickets after everything was sold out in minutes, many of them took to Facebook to call for Ed to do a second show in his Divide Tour, like he did for Singapore just recently, since tickets sold out so quickly over there as well.

PR Worldwide, the agency organising this concert, released a statement on their Facebook page, confirming that all tickets to the show have been sold out.

They also took the opportunity to remind everyone that reselling tickets is prohibited, stating,

“Resale of ticket(s) at any price is strictly prohibited. Unlawful resale of a ticket will lead to seizure and cancellation of that ticket without refund or other compensation.”

“Barcodes from such tickets will be disabled and you will be refused entry.”

For everyone’s sake, let’s hope that there will be a second show in KL so everyone can get a chance at getting tickets!

And for those who are capitalising on these sold out tickets, shame on you! 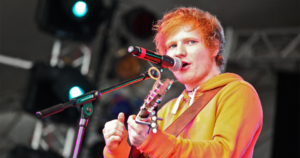