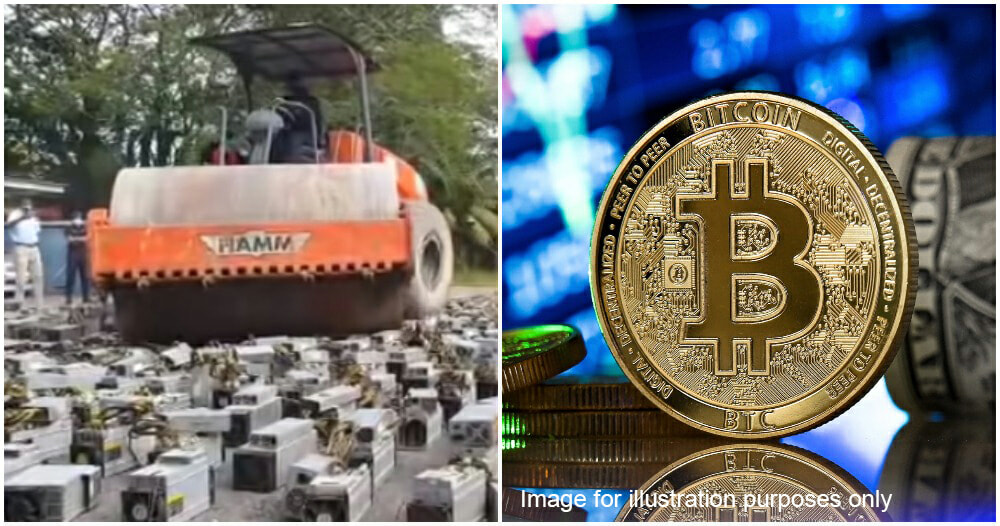 Cryptocurrency is all the rage with Malaysians not only making it their passive income but some have fully invested and have quit their day jobs! Of all the cryptocurrencies, Bitcoin is undoubtedly the most popular one. However, several authorities have called out the mining for its excessive use of electrical energy.

Resulting from this, the Miri police force seized 1,069 mining rigs, laid them out in the parking lot and steamrolled all of them! According to Dayak Daily, the machines worth RM5.3 million were a result of a loot conducted from February to April in the area.

Miri police chief, ACP Hakemal Hawari, said eight individuals were also arrested for being involved in the mining activities using electricity stolen from the Sarawak Electric Board’s (SEB) supply lines. He added that the SEB also suffered a loss of RM8.4million due to electricity theft from the bitcoin mining activities.

“The electricity theft for mining bitcoin activities has caused frequent power outages and in 2021, three houses were razed due to illegal electricity supply connections.”

How exactly does the “mining” work?

Well, the infamous “bitcoin pancake” incident reached international news portals with CNBC and VICE shedding light on the issue. According to CNBC, crypto mining is the energy-intensive process that goes into creating new bitcoin. However, instead of the usual shovel used for mining, crypto mining works by solving a complex math problem using a highly specialised computer.

However, running those machines at full capacity draws a high deal of power, which can jeopardise local power grids. According to Investopedia, the reason, more people are into Bitcoin cryptocurrency is that you can mine cryptocurrency without actually putting down any money for it. 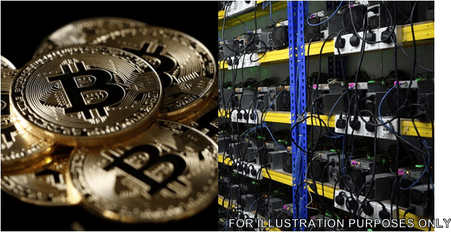