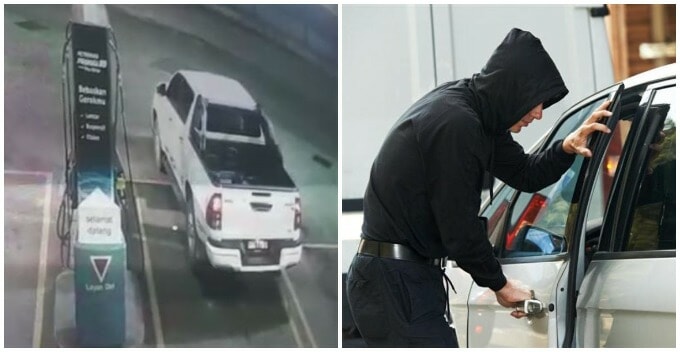 How unfortunate! According to The Star, an auto spare parts dealer from Sibu had his 4WD hijacked at a petrol kiosk while he was refuelling. He suffered a head injury and scratches on his body while trying to hold on to his car that was being driven away.

Sibu OCPD Asst. Comm Stanley Jonathan Ringgit said that the victim had stopped at the petrol kiosk in Jalan Lanang at around 7.45 pm on Thursday (11th July).

“After refuelling his vehicle, he walked to the counter to get his receipt but left the engine running,” he said in a statement.

A CCTV recording at the petrol kiosk showed the suspect, dressed in a black T-shirt and jeans, dashing towards the 4WD and driving it away.

ACP Stanley said that the victim gave chase when he realized that his car was taken away. 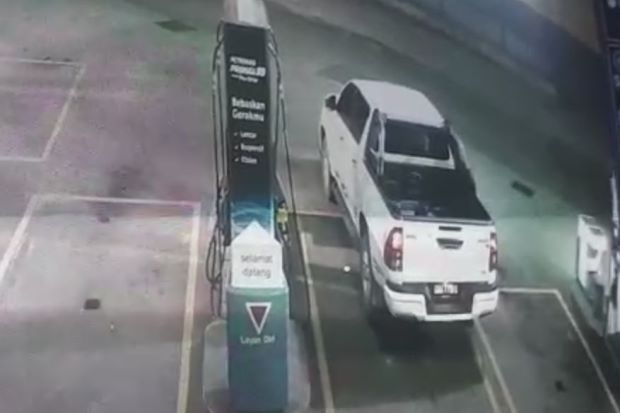 “He was dragged for three meters when he got hold of his vehicle. He sustained injuries on his head. There were also scratches on his body,” he stated.

It was reported that the victim will be referred to Sibu Hospital as he had internal bleeding.

“At this moment, we are still trying to identify the suspect,” he added.

ACP Stanley said that the police are now looking for the vehicle, which has the registration number plate QAA7719U.

If you notice or see any 4WD car that fits the description, do give the police a call in order to help the arrest of the hijacker. 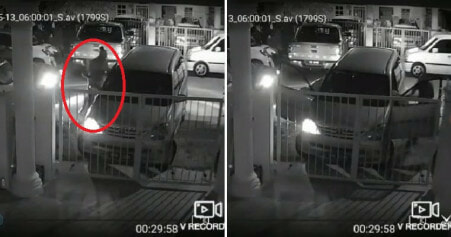