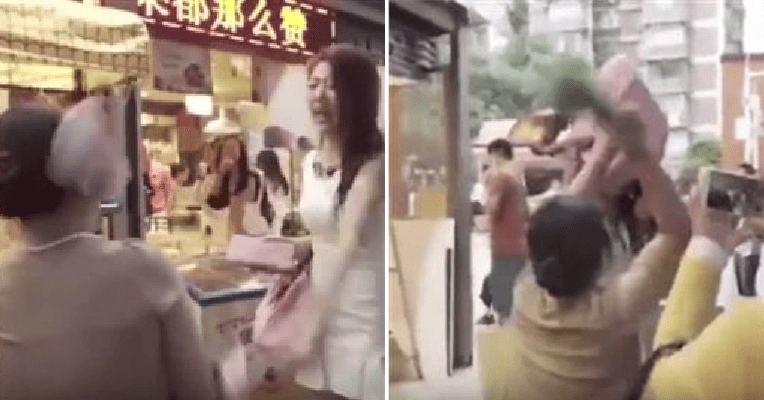 Well, this just goes to show that having money doesn’t buy you class!

A video has been going viral on Chinese social media recently, depicting a well-dressed young lady having a fight with an older woman because she wanted to cut into the queue. According to Setn, the incident in the video took place in Guangzhou, China in front of a well-known roasted chestnut shop where a long queue had formed. The older lady was next in line when suddenly, a young lady in a white dress and high heels holding a pink Hermès bag stood next to her, looking like she wanted to jump into the queue.

Noticing the young lady, the older woman confronted her and asked her to stop cutting into the queue. This started a whole new drama, when the young lady said that she was in a rush and an argument broke out between the two of them. She said,

“If you spoil my Hermès bag, you can’t afford to pay for it!”

The angry older woman then said, “Everyone look at this young lady here, she has no manners. So many people around here queuing but she doesn’t know how to queue.” The other lady tried to stop other spectators from filming and that’s when the argument turned into a scuffle.

The young woman pulled out a matching pink purse and said, “You just want money only, right? Here, I got a lot.” She accompanied these words by taking out a stack of cash from her purse and then literally throwing it at the other woman’s face. Wah, so rude leh! 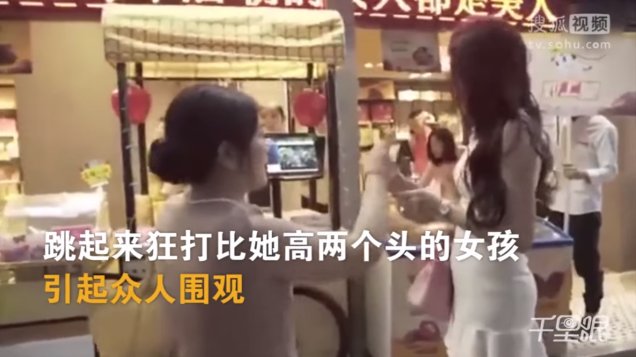 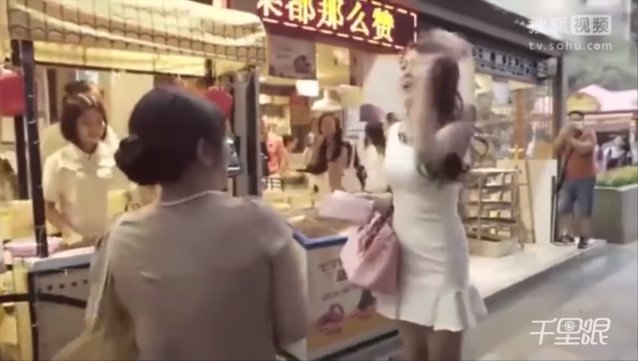 The money scatters to the floor but the older woman was not finished with her, because she suddenly produces a bunch of green onions and celery and starts hitting the girl with the vegetables. Lol, whut. At this unexpected turn of events, the girl raises her hands and bag to protect herself while backing away from the furious lady.

Finally, she throws her beloved bag at the older woman while several passersby break up the fight. The girl then gathers up her belongings and scurries away from the scene. Probably afraid that the other lady would start throwing eggs at her?

Netizens commented on the video, praising the older lady’s actions for standing up against these rude people who cut queues. However, some people said that it might just be a marketing gimmick for the stall as it was rare for people to be carrying so much money around and the girl did not look like she was very angry to begin with.

Nevertheless, the most important question was asked by a netizen who said, “So, I would really like to know what happened to the money on the floor?” Yeah, so would we! 😉

Take note ya, don’t cut queues, everyone! It’s rude and reflects badly on you! 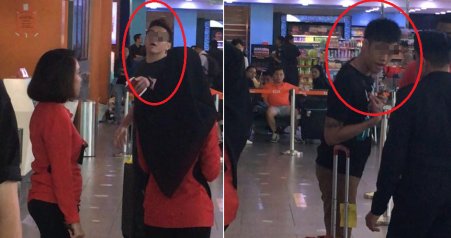