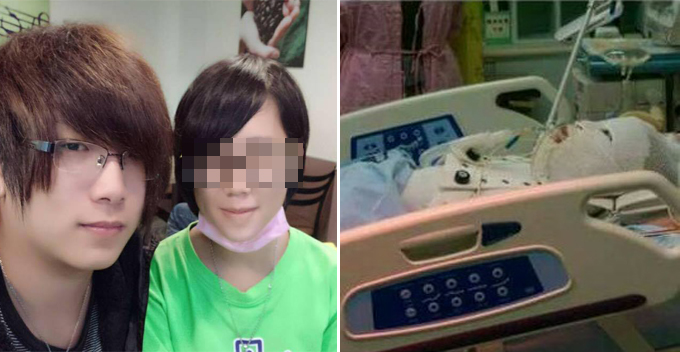 In Taiwan, a man was arrested for setting his 17-year-old ex-girlfriend on fire. What baffled us most was that the sick man was laughing away while watching the girl burn in pain.

The victim’s brother wrote a series of texts describing the incident which was then posted up by the victim’s cousin on Facebook. According to her bother, the cold-blooded guy, Xu Yaowen was very violent towards the victim. Xu would beat the victim up whenever he’s not happy. 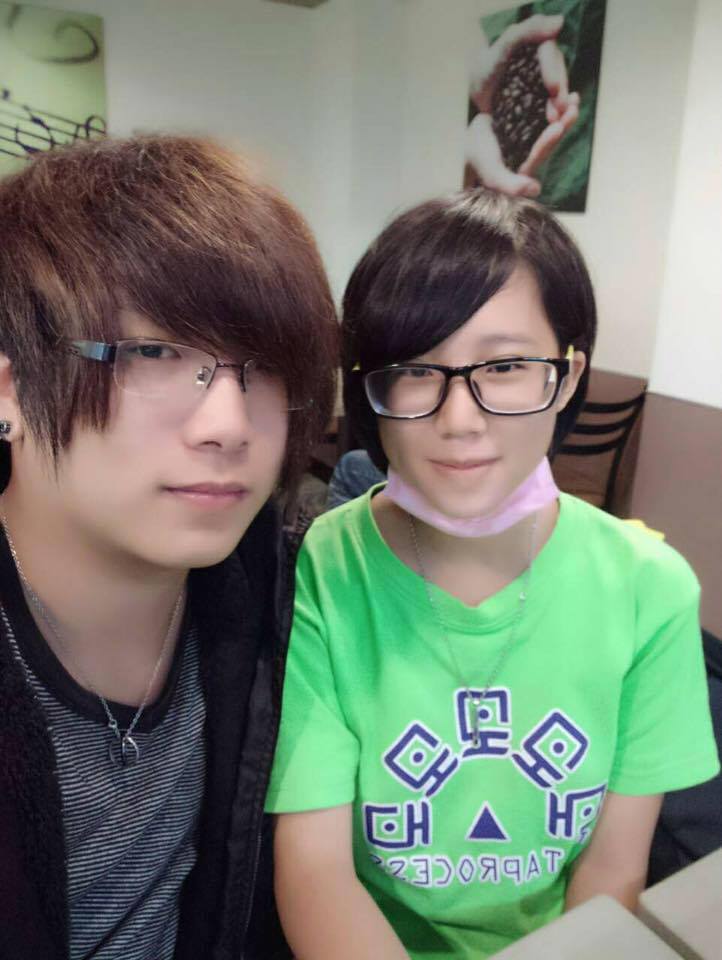 Xu even used a knife to cut the victim and choked her until her body went numb. Xu threatened to kill her mother if she said a word about him. The victim was frightened and therefore did not expose him.

“By the time my sister realized he (Xu) has attitude problem, it was too late,” the victim’s brother wrote.

After breaking up with Xu, the victim worried that Xu might torture her pet at his home. So she went to Xu’s home to retrieve the pet along with her aunt and uncle.

Xu who was furious about the break-up conspired with his grandfather to act against the victim. The grandfather lied to them saying that Xu was not at home. This gave the impression to the victim that the house was safe, so she entered alone while her aunt and uncle waited outside.

Xu who was hiding in the room quickly locked the door after the victim entered. He then splashed alcohol on her and lit her up.

“My sister was burning and screaming for help inside the room. My aunt and uncle wanted to rush in to help but Xu’s grandfather stopped them. When they tried to call the police, the grandfather even snatched the phone away!” the victim’s brother wrote.

Luckily the neighbour called the police after learning about the incident.

The victim suffered from 3rd degree burns and is in critical condition, according to the brother.

“Her beautiful face, lips, hair and upper body are gone,” said her brother. 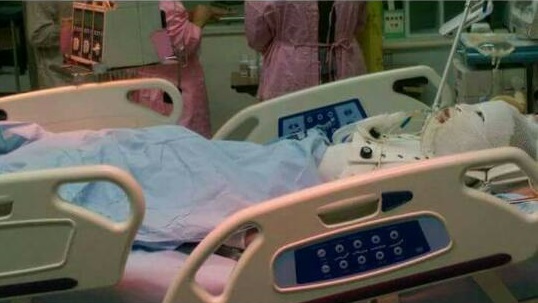 The brother also added that:

“The guy (Xu) was laughing while watching my sister on fire, what is wrong with him?“

As if the damage to the family was not severe enough, Xu even threatened to kill the victim’s whole family.

The World Of Buzz team would like to wish the victim a speedy recovery and hopefully justice is served to the deranged man.