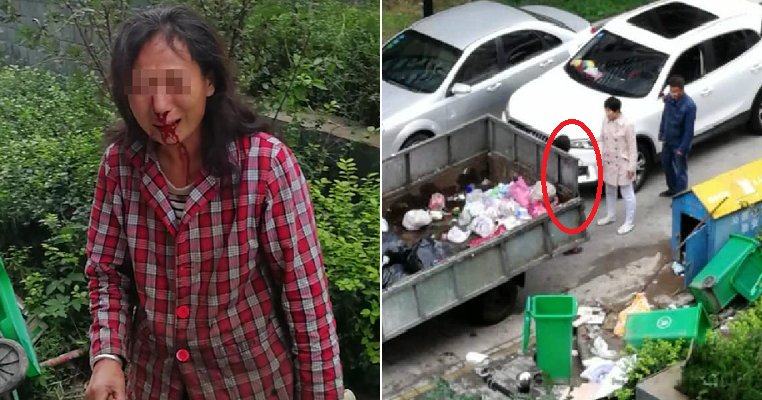 Sanitation and hygiene workers are vastly underappreciated and even abused around the world. A recent example of this was seen in Xi’an, China. According to What’s on Weibo, a recent status posted on Weibo on October 4 has caught the attention of Chinese netizens. 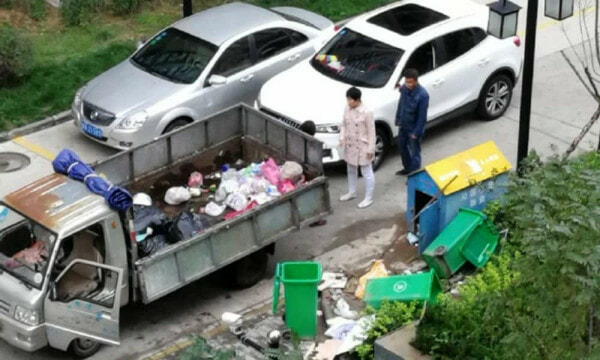 This netizen wrote about witnessing a violent incident where he saw a woman and a man ganging up to abuse a female sanitation worker until she was bleeding profusely. Her crime? It appears that the rubbish truck she was driving had blocked their precious cars from exiting the road. She was just doing her job!

Here’s how the netizen described the bullying incident that made many people outraged at how the cleaner was treated.

“I was resting at home when I heard weeping outside my window. I thought it was a child being scolded by their parents but it grew louder and didn’t sound like a child. So, I walked over to my window to check it out. That was when I saw a female street cleaner slowly getting up from the garbage pile on the floor.”

“That was when a man stepped forward and started beating up the cleaner. I couldn’t take it anymore and stood up for the defenseless cleaner.” 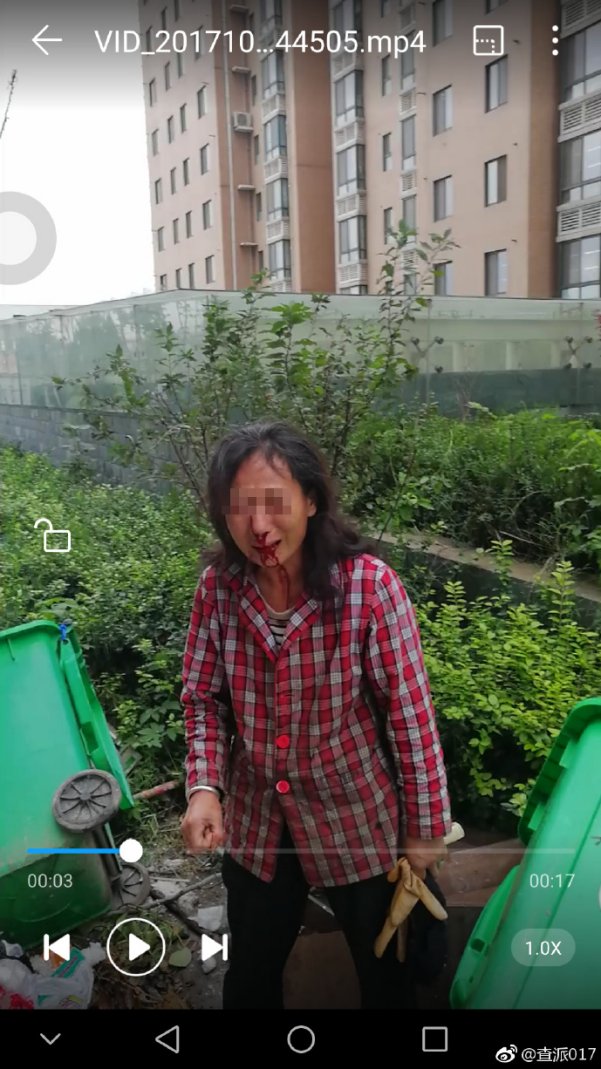 “I shouted, ‘You’re bullying a sanitation worker, don’t you have any shame?’ He quickly realised that there were witnesses and the pair tried to flee but by then several other neighbours had gathered there. The man tried to defend himself by saying, ‘She allowed me to beat her!’ while another one of the witnesses told me that before this he had already hit and kicked her several times.” Seriously?

He decided to lodge a police report but when he was at the police station, there was a man who claimed that he was the bullying man’s assistant and explained that he had just come back from Japan and US so he might have not understood the rules here. Hmm…don’t think that there are any rules around the world which condone a person beating up a helpless woman! 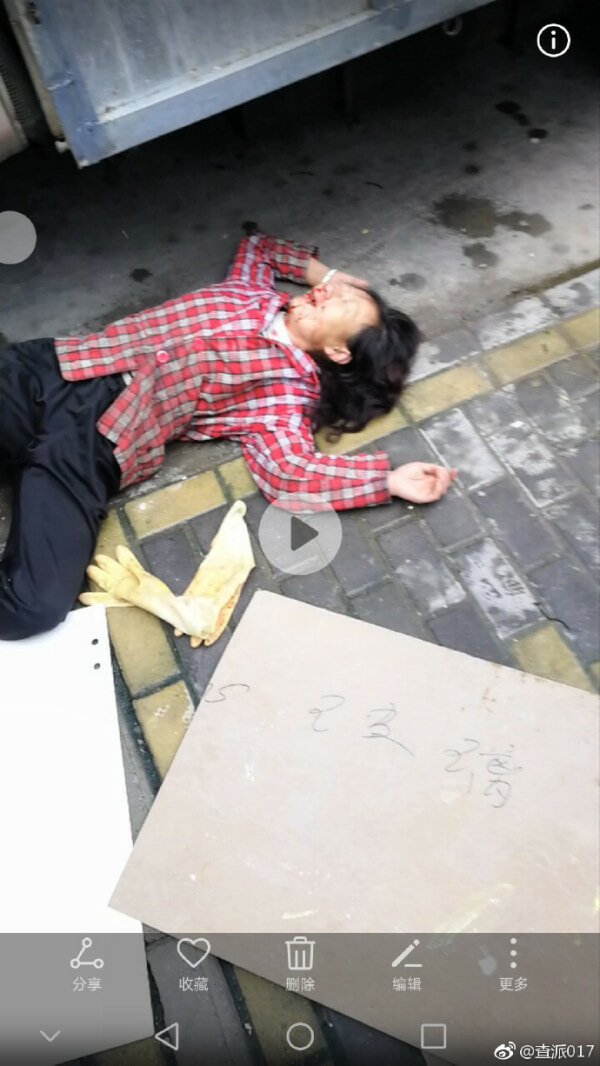 However, that was not all the outraged netizen found out. Apparently, the man was a professor at Shaanxi University of Science and Technology and he exposed the man because he felt that he was not fit to be a teacher.

Through the power of the Internet, netizens worked together to expose the man and confirmed that he was indeed a professor name Ge, who worked at the university. Chinese media have since reported this issue and verified that the professor has been suspended from his post and the police are investigating the incident. Justice! 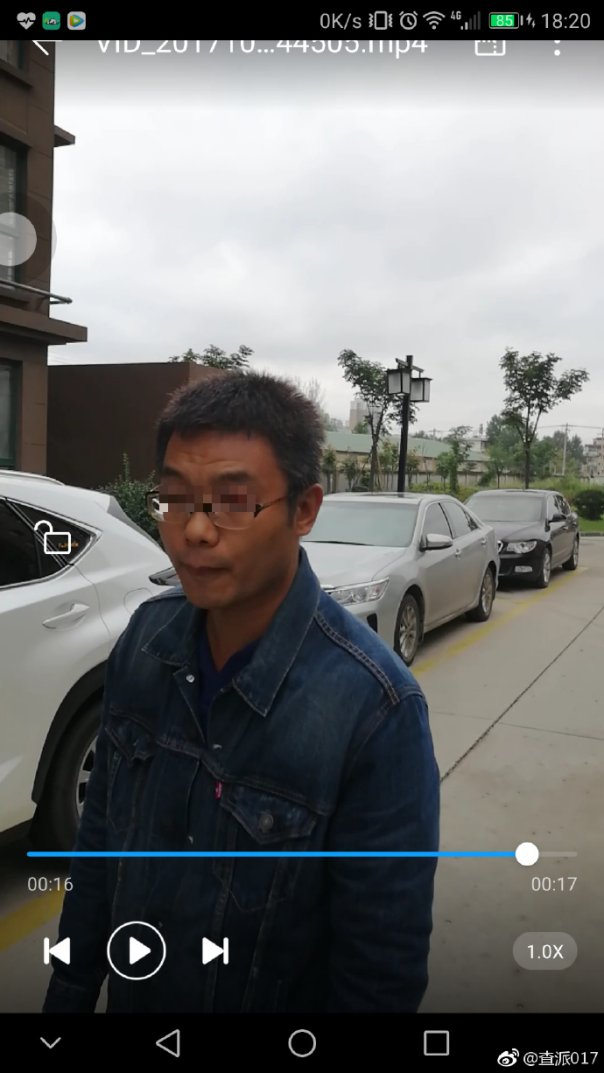 The female accomplice is reported to be a family member of Ge and was not affiliated with the university. After the case went viral, Ge wrote an apology letter which was posted on Shaanzi University’s official Weibo account. He said that he regretted his actions and was arranging for medical treatment for the abused cleaner.

However, this did not appease netizens as they deemed it too little, too late. Some of them said that he was “not fit to be in education.” Most of them slammed him for his actions and said that with his high social status he picked on someone who was just doing their job. One said, “It is clear that educational background and moral standing are not directly connected.”

Hopefully the sanitation worker is fine now and the two bullies will receive the punishment they deserve!

Also read: Malaysian Boy Gets Brutally Beaten Up For Refusing to Join ‘Gang 550’ 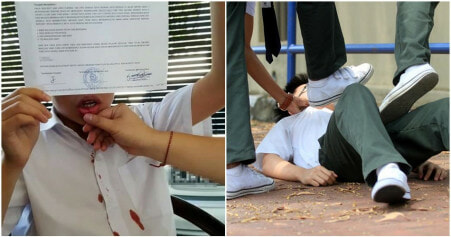