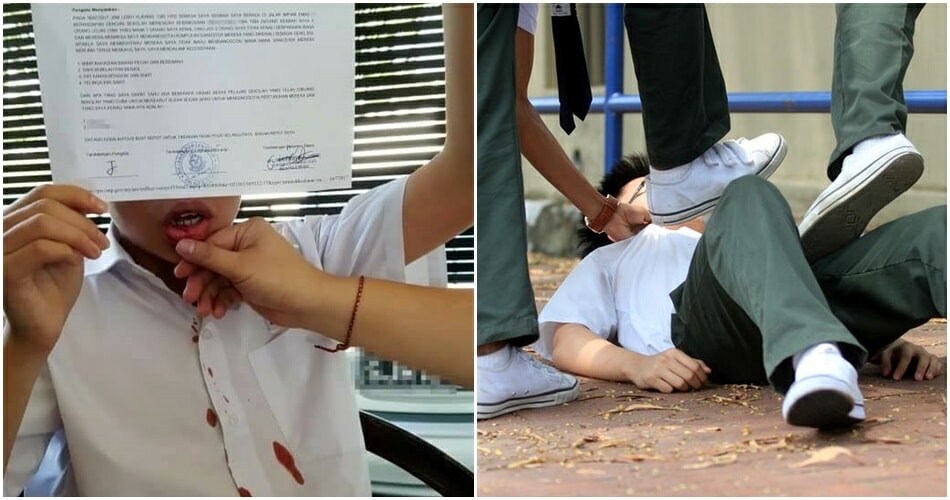 It’s alarming how common these bullying cases have become in recent times!

Recently, a form 3 student from a secondary school near Taman Impian Emas, Johor Bahru was severely injured after getting beaten up by 5 teenagers.

The boy was so hurt and was even bleeding from the assault. This was all because he refused to join the gangster group, ‘Gang 550’, Lobak Merah reported. 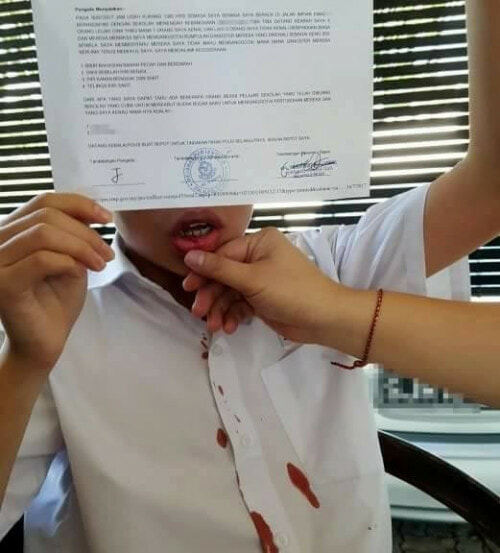 The victim simply named Allan expressed that his life was made difficult as the gang members constantly bothered him. He even received threats through WeChat since March 2017.

According to the boy, he ignored their threats because he did not want to involve himself in activities which were against the law, even if it costs him his safety.

“They say they will teach me a lesson and make me an example to show others what happens when people disobey them.”

On that fateful day at about 1pm, Allan and his friends were waiting for the school bus when the 5 delinquents approached them.

They dragged Allan to a nearby alleyway and started threatening him again. One of them told him it is best that he joins the gang or else they would forcefully make him join.

Of course, Allan kept to his virtues and refused to join them, which prompted them to beat him up until he fell down. 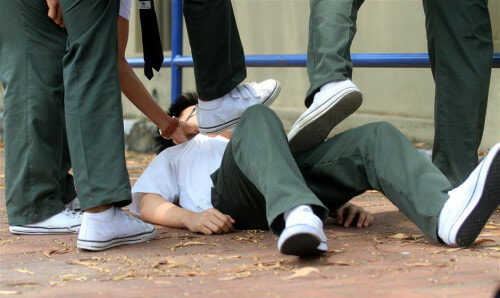 He tore his lower lip, which bled profusely while his forehead and left ear were left swollen from all the kicks he received. He also suffered cuts on his cheek and wrist.

The boy told the press,

“After feeling satisfied at seeing me on the ground drenched in blood, they threatened to attack me more if I didn’t join their gang.”

The parents of the poor child immediately brought him to the police to lodge a report as soon as they found out what happened to him.

They were concerned about his safety and well-being and they hope the police will capture those teenagers to avoid any more repeated incidents. 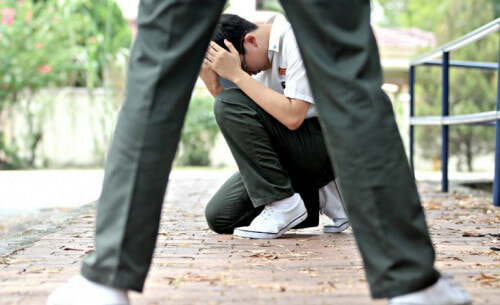 The police’s investigations found that those troublemakers were recently expelled from school and were trying to recruit members into their gang called the Hup Woh Teng or Gang 550.

What is most surprising is that the bullying had gone on for several months before it got to this point. Perhaps Allan had not spoken out about the harassment, but if he did, why didn’t the adults take action sooner?

If you are ever bullied or harassed in any setting, do speak out about it and seek help. Let’s make sure this incident is the last of its kind.

Let’s also hope the authorities work on setting those teenagers straight, as well! 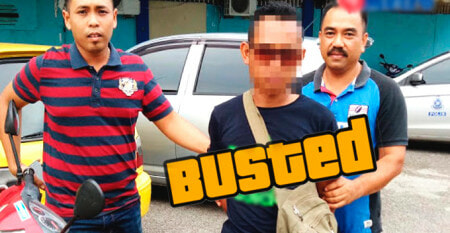