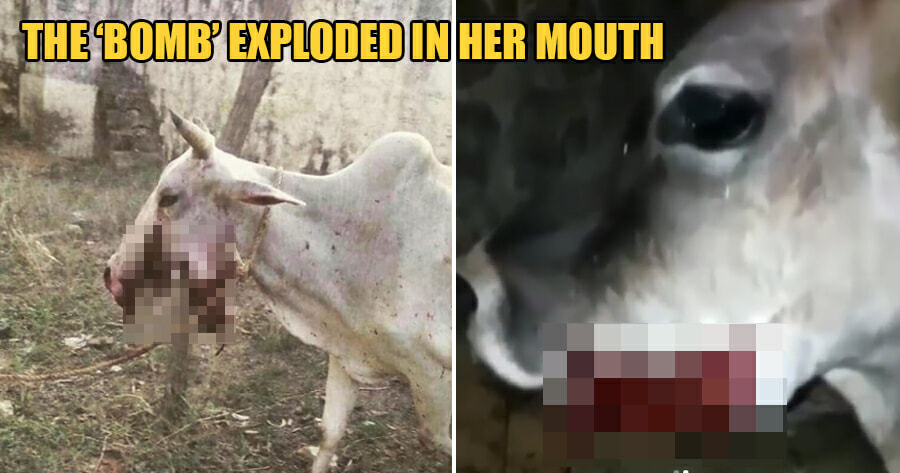 In the same week that a pregnant elephant was killed after eating a pineapple stuffed with firecrackers in Kerala, India, a similar incident has happened to a pregnant cow in Himachal Pradesh in Bilaspur District.

According to Hindustan Times, the pregnant cow was fed a wheat flour ball filled with firecrackers which exploded in her mouth, causing her jaw to be blown off. However, the incident only came to light when the cow’s owner, Gurdayal Singh uploaded a video of the injured animal on social media on 6 June. 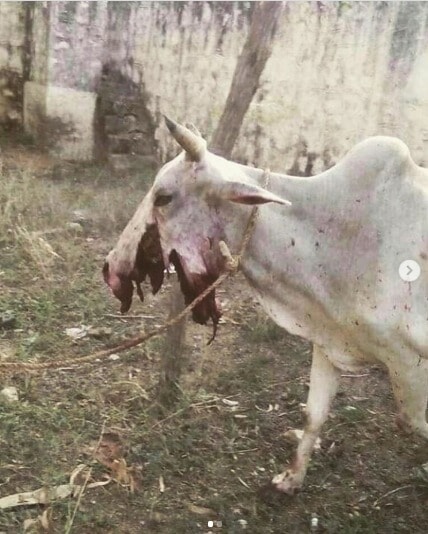 Despite an injured jaw, the cow successfully gave birth to a healthy calf, but is still unable to eat as its jaw is severely injured and is currently being administered Glucose.

Gurdayal Singh has since accused his neighbour, Nand Lal Dhiman for inflicting injuries to his cow and the accused has been arrested by the police on Saturday (6 June).

Bilaspur Superintendent of Police Dewakar Sharma confirmed the incident and said that the police had visited the crime spot in the village along with a medical team for the cow, reported Times Now. 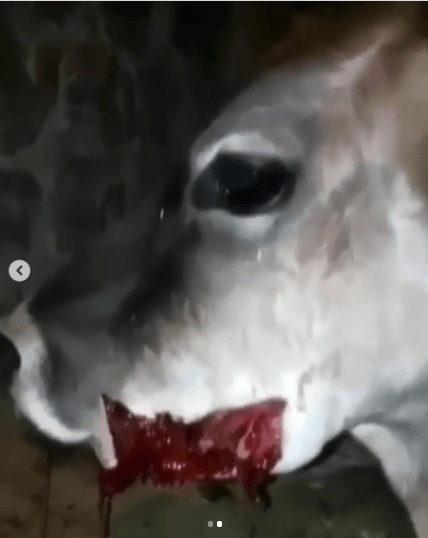 He said that the case has been registered under Section 286 of the Prevention of Cruelty to Animals Act after Gurdayal Singh reported that “his pregnant cow was grazing in a field at a distance of 20 meters from his house at 8.15 pm when he heard an explosion.”

“On reaching the explosion site, he (Singh) found that his cow’s jaw was severely injured in the explosion,” the SP said.

Stuffing wheat flour balls with explosives – also called “aalu bomb” –  is a common practice in Himachal as farmers use it to keep wild animals away from their fields. In many parts of the country, including Himachal, the method is also used to hunt for bush meat, which is an illegal practice.

According to @animalhopeandwellness, the cow is not being raised for food but is part of the owner’s family. The foundation said it will be paying for the cow’s medical needs and any other support needed.

A post shared by Animal Hope and Wellness (@animalhopeandwellness)

Animal cruelty must stop! Hopefully the poor cow will be able to eat and recover from its injuries.