In a report by Malaysiakini, Kuala Kangsar MP Mastura Mohd Yazid of Barisan Nasional (BN) brought up some Malaysians’ concerns regarding the content showcased on the popular streaming service, Netflix.

“This is about films on Netflix. Are there different mechanisms between those ordinarily used to censor films and those on Netflix? Because I am seeing widespread sex scenes and LGBT elements which are causing worry among the people.”

Gobind Singh who was in the midst of delivering his winding-up speech, responded to her question, stating that Bachok MP Nik Mohamad Abduh Nik Abdul Aziz also raised similar concerns.

He added that he would come back to responding to her question on censorship and other similar issues.

In December last year, Deputy Home Minister Datuk Mohd Azis Jamman also addressed a similar issue in Parliament, stating that elements or scenes promoting inappropriate culture such as topics revolving around the LGBT community in movies will be cut from public viewing.

This reportedly follows the guidelines of the Malaysian Film Censorship Board (LPF) under the Home Ministry, as these issues are “related to national security and public order, socio-culture, decorum, morality, and religion”, according to Azis Jamman. 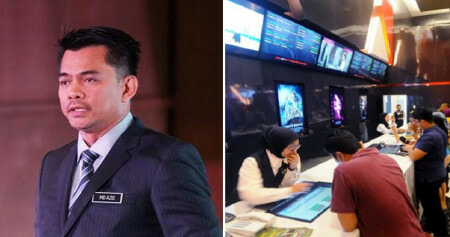