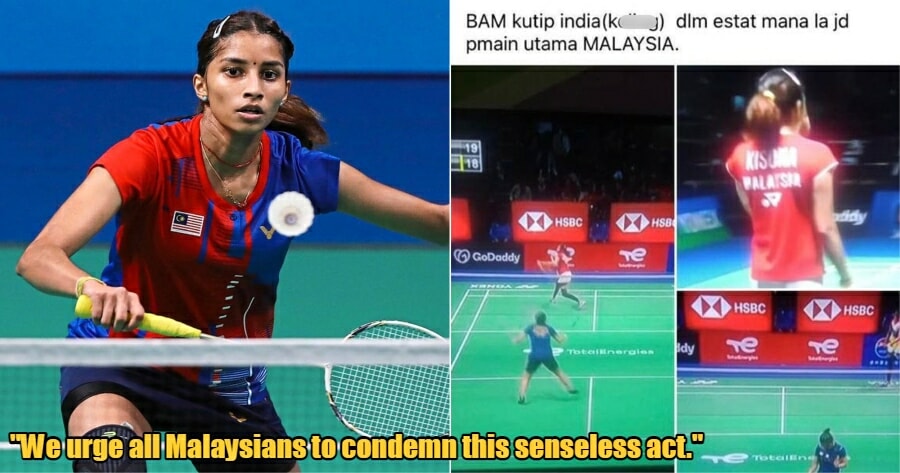 In this day and age, racism is no longer tolerated in Malaysia as the people are doing their level best to uphold the ‘Keluarga Malaysia’, or ‘Malaysian Family’ principle put forth by the Prime Minister, Datuk Seri Ismail Sabri Yaakob.

Hence is why there was an uproar of anger when a politician decided to publish a Facebook post riddled with racist remarks against national badminton player, Kisona Selvaduray (better known as S. Kisona).

Borhanuddin Che Rahim had previously posted a racism-riddled statement on Facebook in regards to Kisona while she competed in the Sudirman Cup 2021 which is taking place in Finland. The National MIC Youth group showcased the rage-inducing post on their Facebook page. Borhanuddin had written, “From which estate did BAM pick up this Indian (k*l*ng) to be Malaysia’s main player?”

The Badminton Association of Malaysia – BAM has since taken to their Facebook page to show their solidarity with our national shuttler and condemn the politician’s disgusting statement. 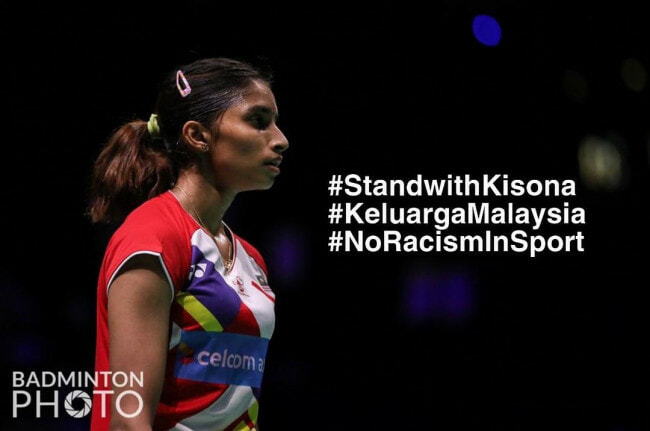 They wrote, “The Badminton Association of Malaysia (BAM) is utterly appalled by the racist remarks made towards our national women’s singles player, S. Kisona. As the governing body of the sport in this country, BAM has zero tolerance of any form of racism or discrimination thus we absolutely condemn the remarks and we will always stand up for our players.”

“Such a dreadful remark is uncalled for, and we urge all Malaysians to condemn this senseless act. BAM will continue to fight for the eradication of racism in sports, especially in the realm of badminton. We continue to uphold all initiatives that support progressive and inclusive nation-building,” they added. 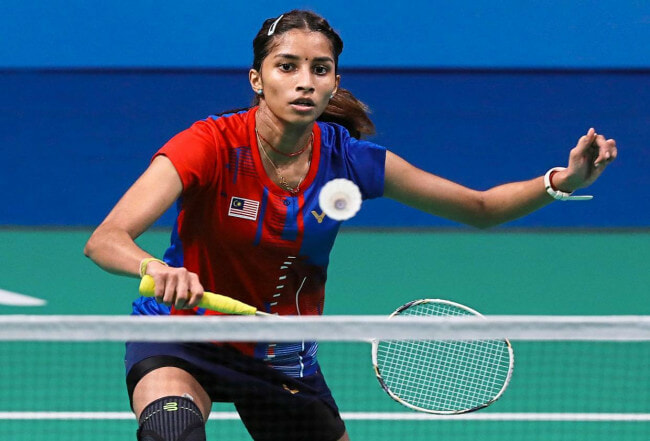 Various NGOs, including the National MIC Youth group, has since vowed to make police reports against the politician in an effort to call for justice for Kisona.

Borhanuddin later deleted the post, issued an apology and resigned from his position as the Vice Chief of Bersatu, Pasir Puteh division.

And while the Youth and Sports Minister, Datuk Seri Ahmad Faizal Azumu, has also condemned the racist post, his deputy, Datuk Seri Ti Lian Ker, has called upon Malaysians to forgive and forget as he showcased Borhanuddin’s apology. 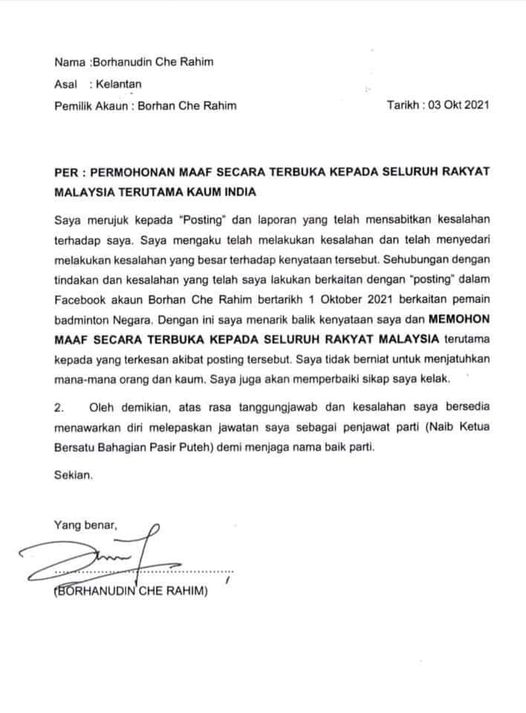 His apology read, “I admit that I made a mistake and have realised the big mistake through the statement. In line with my action and mistake that I made through the ‘posting’ on the Borhan Che Rahim Facebook account, dated 1 October 2021, in regards to the National badminton player, I retract my statement and openly apologise to all Malaysians, especially those who have been effected due to the post.”

He also utilised the apology letter to resign as the Vice Chief of Bersatu, Pasir Puteh division.

Datuk Seri Ti Lian Ker wrote, “If this is a genuine and sincere statement from him, let us together in the strong spirit of ‘Keluarga Malaysia’, forgive Borhan for his mistake which has already been mitigated in the deletion of the wrongful post. Together, we can cultivate unity and friendship precisely within the ‘Malaysian Family’.”

Also read: Survey: Around 50% Of Malaysians Said They Have Experienced Discrimination In Education 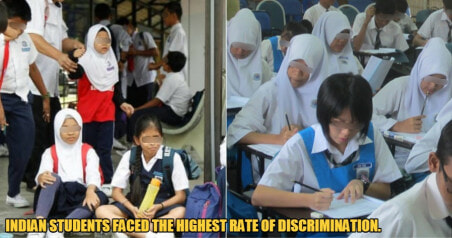