If you ask any Malaysian what they expect to see on the streets when the clock strikes midnight, they’re most probably going to tell you about the notorious motorbike gangsters, also known as ‘mat rempits’, coming out to play.

They’re known to cause extreme noise pollution with their motorbikes as they haphazardly attempt stunts that put theirs and others’ lives in danger. In fact, many have died due to this careless behaviour as they often perform the stunts without any protective gear.

This act is illegal in Malaysia and any offender can either be fined, jailed or have their licence revoked. 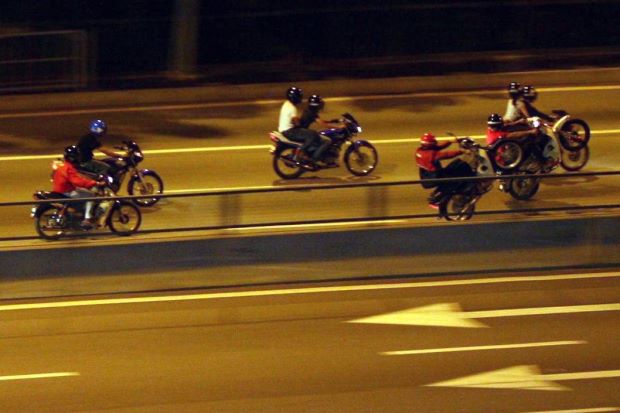 Seeing how serious of a crime this is, 93 mat rempits aged 15 to 28 were arrested today (July 13) during Op Samseng Jalanan, which began at midnight and ended at 7am this morning.

At the point of the arrest, the motorists were made to push their motorcycles for 10km to a police station before they were brought to a mosque to perform repentance prayers. 10km is a really long distance!

“We seized 85 motorcycles. The mat rempits were ordered to push a motorcycle about 10km to the traffic police station before they were asked to go to Al-Hana Mosque, Kuah, to perform repentance prayers,” he said. 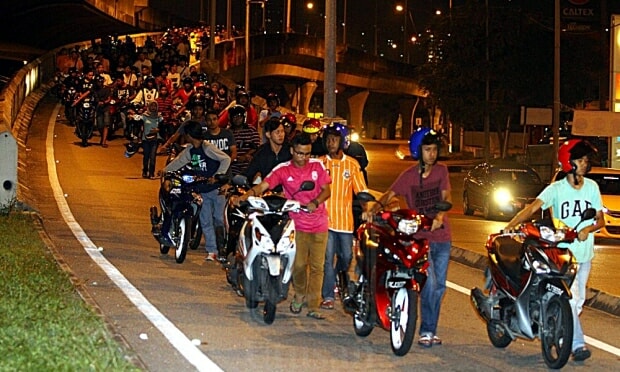 He said that a total of 103 summonses were issued to 81 males and 12 females for various road offences, and added that one of the police sergeants had a fall when he tried to catch a group of them.

“A traffic police sergeant suffered injuries on his knees and palms as a result of a fall, while attempting to detain a group of mat rempit.”

Do you think these mat rempits deserve this as a punishment for their crime? Let us know in the comments below. 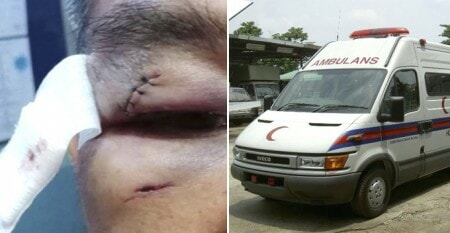