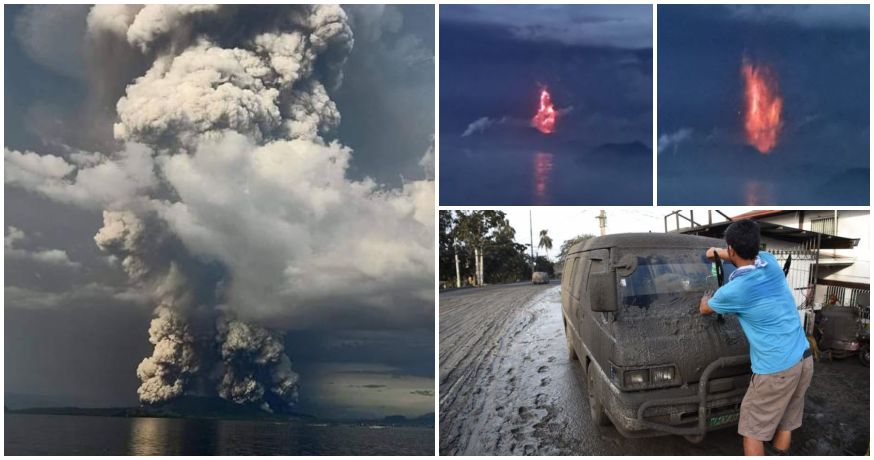 A volcano in Philippine has reportedly seen spewing a “weak lava fountain” earlier today, 13th January 2020, as – a “hazardous eruption” is to be expected within hours or days. 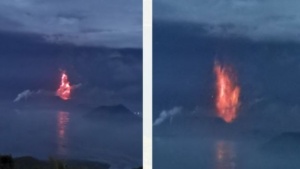 This happened after the volcano spewed ash on Sunday, 13th January, forcing 8,000 locals nearby to evacuate from the area. Taal volcano is located on an island in the middle of a lake about 70km south of the capital city Manila. 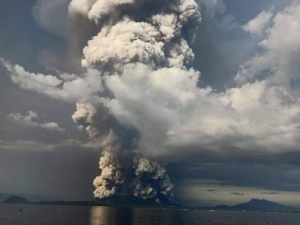 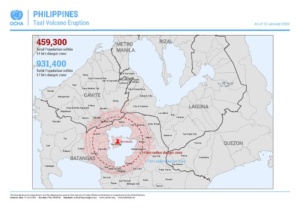 The volcano ash has forced the city’s international airport to suspend all flights. Phivolcs (Philippine national institution providing information on the activity of volcanoes) warned that the “airborne ash and ballistic fragments from the eruption… posed hazards to aircrafts”. 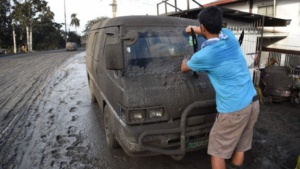 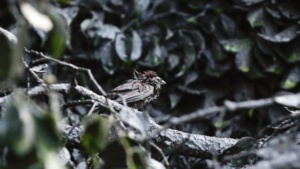 The volcano is one of the world’s smallest volcanoes and has recorded at least 34 eruptions in the past 450 years. As reported in BBC, Philippine Institute of Volcanology and Seismology (Phivolcs) said,

“Taal volcano entered a period of intense unrest… that progressed into magmatic eruption at 02:49 to 04:28… this is characterised by weak lava fountaining accompanied by thunder and flashes of lightning,”

Even though Phivolcs director Renato Solidum said that signs of a hazardous eruption, including “flows of ashes, rocks, gas at speeds of more than 60 kph horizontally” had not yet occurred, Phivolcs has raised the alert level from 3 to 4 out of 5. Authorities have also warned of a possible “volcanic tsunami”, which can be triggered by falling debris pushing water, generating waves.

Although there are no Malaysians reported to be affected by the volcanic eruption within nearby areas, the ministry advises all Malaysians in the affected areas to exercise vigilance and take necessary precaution, and follow instructions from the authorities.

The Foreign Ministry noted that Malaysians currently in the Philippines requiring consular assistance may contact the Malaysian Embassy, located at Tordesillas Street, Salcedo Village, Makati City at +63 2 8662 8200 or +63 917 864 0761 (after working hours) or email [email protected]. 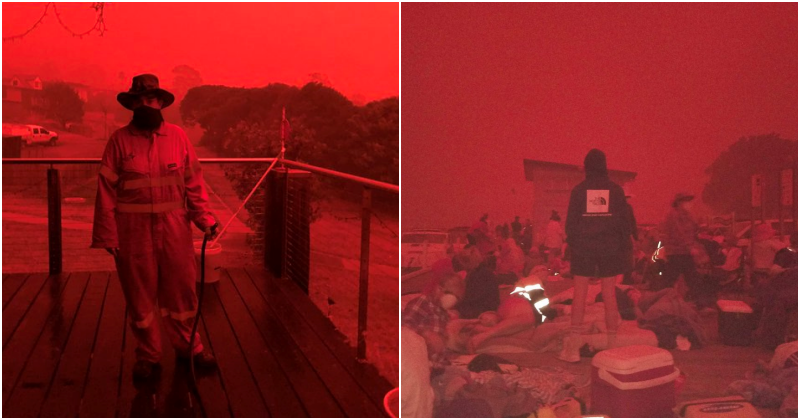