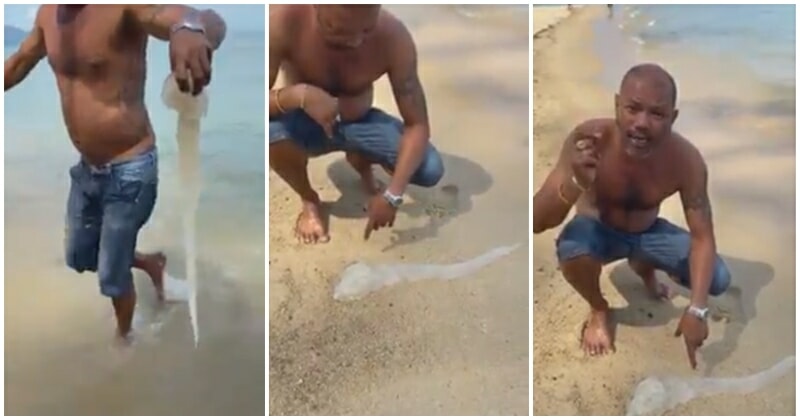 For those who frequent the beach, it’s possible that you may not come upon a smack of jellyfish but be warned that some beach side hotels will alert its residences when it’s jellyfish season, to avoid the risk of being poisoned by one.

Though most jellyfish stings are not dangerous, be warned that the powerful venom it releases hurt like hell, and if left untreated can be dangerous or even deadly.

Very different from what is mentioned by Spongebob and Patrick right?

Penang Kini shared a video recorded by a netizen about Abang Siva, a jellyfish ‘specialist’ of some sort sharing tips on what you should do when you come across the creature.

Here is a video of him sharing handy tips when handling jellyfish.

“When we were having a chat he spotted a jellyfish nearby and caught it.”

“The hotel did inform us that it is now jellyfish season and we did not think that it would be this close to shore.”

“Here is what Siva had to say – to hold a jellyfish be sure to use the palm of your hands and not close to your skin at the back, that’s when you risk getting stung.” 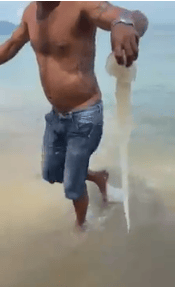 He mentions that it is important to let the jellyfish dry in the sun and bury it in the sand instead of throwing it back into the ocean, putting others at risk of being stung.

The netizen shared that Siva has been living by the seaside since he was 12 and has been stung a few times before.

Siva mentions “There are two types of jellyfish here (Penang). The white one is not as dangerous. When they sting spots will appear and you will feel itchy/pain from 30 minutes to an hour.”

“One way of overcoming the pain is by applying vinegar or piss.”

That is the least dangerous of the two.

“The second one is the transparent jellyfish. Should you come across one, it will latch itself to your flesh and if it is not ripped off it may make its way to your bones.”

“Once you are able to detach it from your limb, rush to the hospital and get treatment as it may be fatal.”

Be wary of the warning signs given by authorities when you are at the beach. It pays to be a little more careful especially when there are kids around. 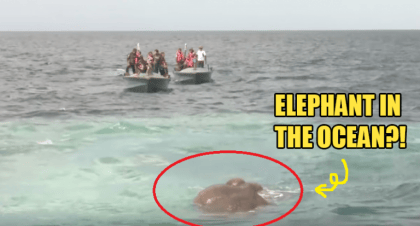