If you’re visiting Penang in the near future, don’t be surprised if you see policemen cruising down the street in electric bicycles, because just yesterday, the Penang police force has just received seven brand new electric bicycles that they’d be using to patrol the streets! 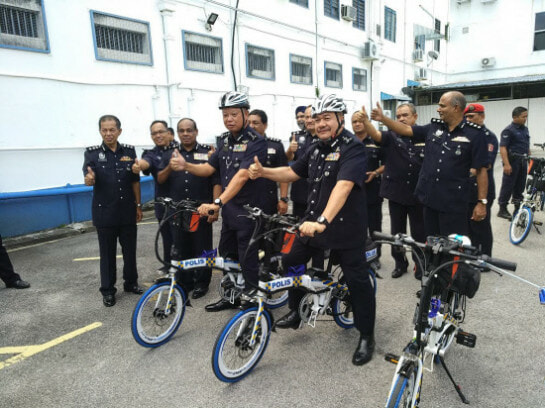 For some reason, it reminded us of 21 Jump Street.

Anyway, according to the state police chief, the initiative (that’s currently under a one-month-pilot-test) allows the policemen to easily interact with locals and tourists, which is in line with their ‘‘Stop Talk’ concept.

“This initiative is also geared towards making police visible especially in tourism hot spots. Also, it encourages policemen to be fit and instills the importance of practising a healthy lifestyle among officers.”

“If the E-bicycle project goes on smoothly, state police will give feedback to Bukit Aman police headquarters to consider using it around the country,” state police chief CP Datuk Chuah Ghee Lye said. 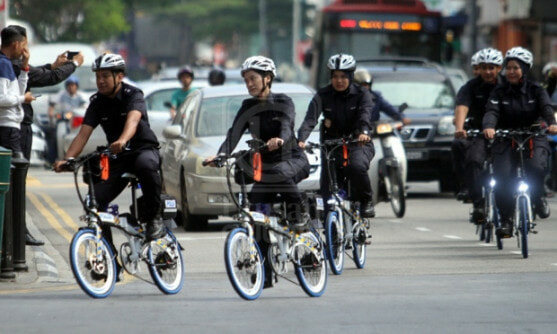 Out of the seven bicycles, three are actually sponsored by three different companies as part of their Corporate Social Responsibility (CSR) effort. Meanwhile, the bicycles branded ‘Volano’ were imported from China.

Bearing the price tag of RM3,680 each, these electric bicycles can be ridden up to 50km in terms of distance with speeds up to 25kph on a full charge. “It is also in line with our force policy of promoting greenery,” Chuah added. 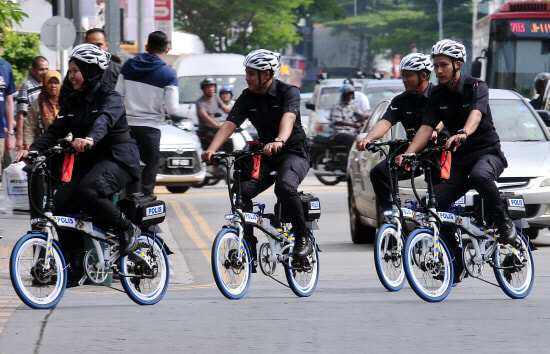 If you’re wondering how they’re going to chase down snatch thieves on motorcycles, don’t worry, because they have other policemen in patrol cars or motorcycles when it comes to that.

So, what’s your thought on this cool initiative and additional mode of transport for the cops? Yay or nay?