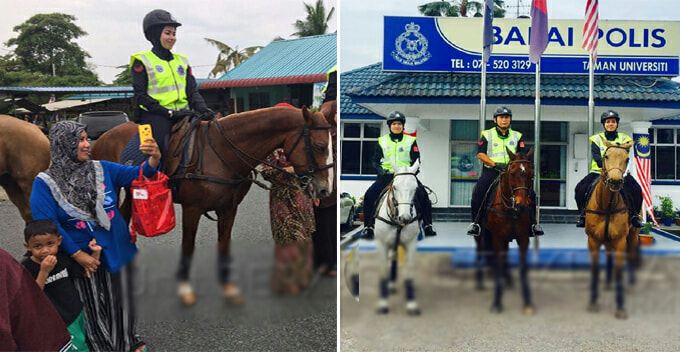 Royal Malaysia Police has always have some tricks up their sleeves to combat crime. The latest one being introduced is the mounted police patrol unit in Johor, NST reported.

According to Federal Reserve’s Mounted Unit commanding officer Deputy Superintendent Mohd Fadhli Daud, the mounted unit was established in year 2015 in Serdang and has significantly boost the omnipresence of police.

“In the first six months of introduction at the Serdang district, the crime rate has reduced by 30 per cent. The unit was one of the factors that contributed to the lower crime index in that area as the team creates a stronger presence for police (in the society),” Fadhli said.

In terms of effectiveness, mounted unit has advantage over other mode of patrolling because police mounted unit creates stronger presence among civilian and also have better visibility.

Currently, the mounted unit has 63 horses in its stables with each horse costing RM100,000, China Press reported.

The mounted unit has become permanent features in police districts such as Serdang, Wangsa Maju, Port Dickson and several other areas.

As part of its introduction programme in Johor, two teams of police mounted unit with four horses have begun patrolling Taman Universiti and Taman Bukit Indah in Johor from 10am to 2pm on February 7.

The teams will move on to patrol in Taman Ungku Tun Aminah in Skudai the next day. However, Johor police is still considering whether to make mounted unit into a permanent feature in the state.

The appearance of the mounted police patrol unit in the neighbourhood has drew quite some attention from the Johorians. Many were seen taking pictures with the police mounted unit. 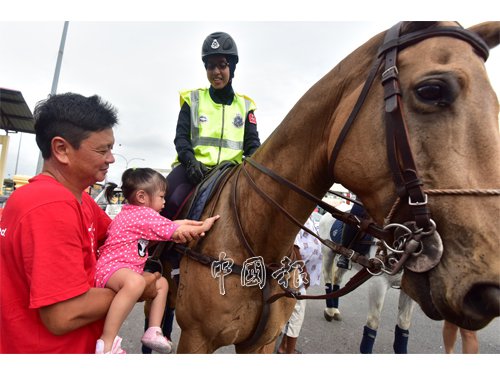 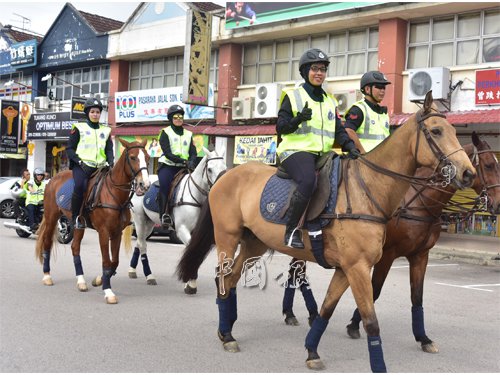 “At least the police are doing a good job and taking initiatives to take care of our neighbourhood!”

“The horses have to be transported using to the neighbourhood using a big lorry before the police can start patrolling. Don’t you think it’s time-consuming and burning the tax-payer’s money?” added another netizen. 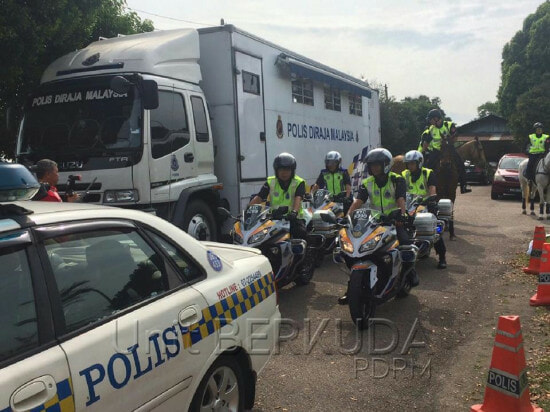 So what do you guys think? Is this programme feasible and cost-effective?