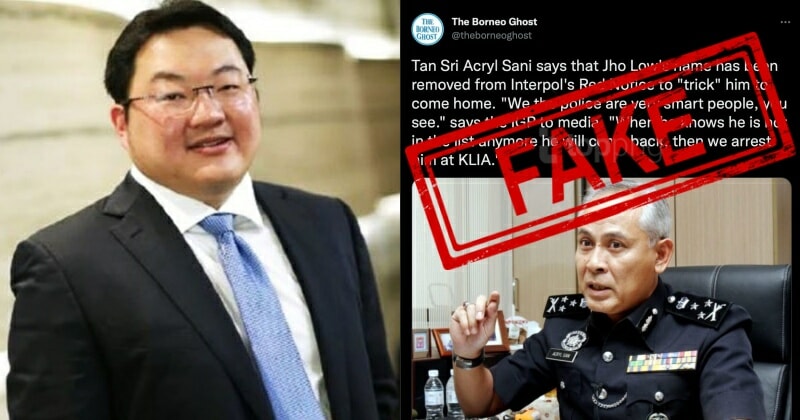 Recently, a post by a satirical Twitter account called @BorneoGhost has gone viral to the point that the Royal Malaysia Police (PDRM) had to clarify that the content regarding the fugitive businessman Low Taek Jho or Jho Low is not real. The post, which can be found here, jokingly claimed that Inspector-General Tan Sri Acryl Sani said that Jho Low has been removed from Interpol’s Red Notice to “trick” him to come home.

According to Bernama, PDRM has since denied the allegation made by the parody account and said that the claim was irresponsible fake news aimed at creating confusion among the public. PDRM secretary Datuk Noorsiah Mohd Saaduddin stressed, 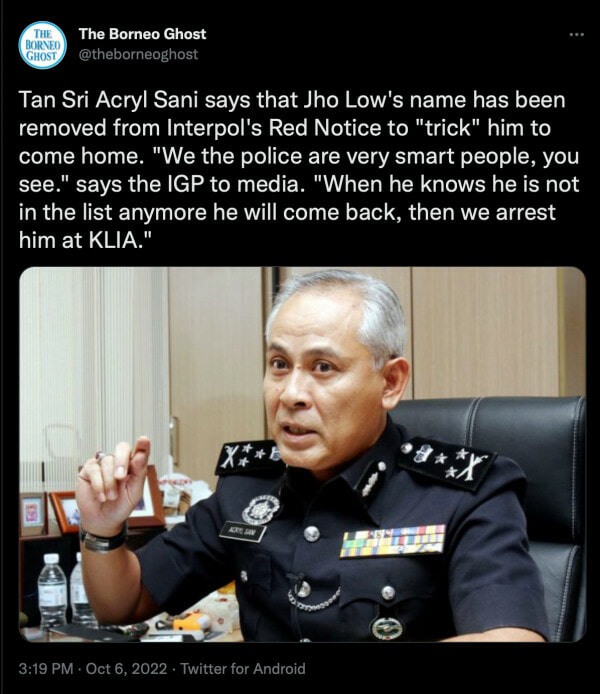 Noorsiah also advised the public to be smart social media users and not misuse social media platforms to spread false news that could threaten public order and safety. @BorneoGhost, a parody of East Malaysian publication The Borneo Post has been known to make ludicrous and far-fetched stories as a form of parody which many Malaysians have believed to be actual news in the past.

Well, better check your news source’s credibility before believing anything you read on the internet okay! What do you guys think of the whole incident? Share your thoughts with us in the comments.

Also read: Journalist Reveals That Jho Low Made A Deal With China & No One In M’sia Is Looking For Him 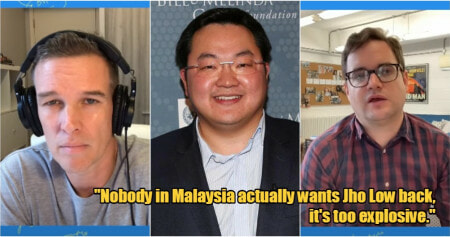