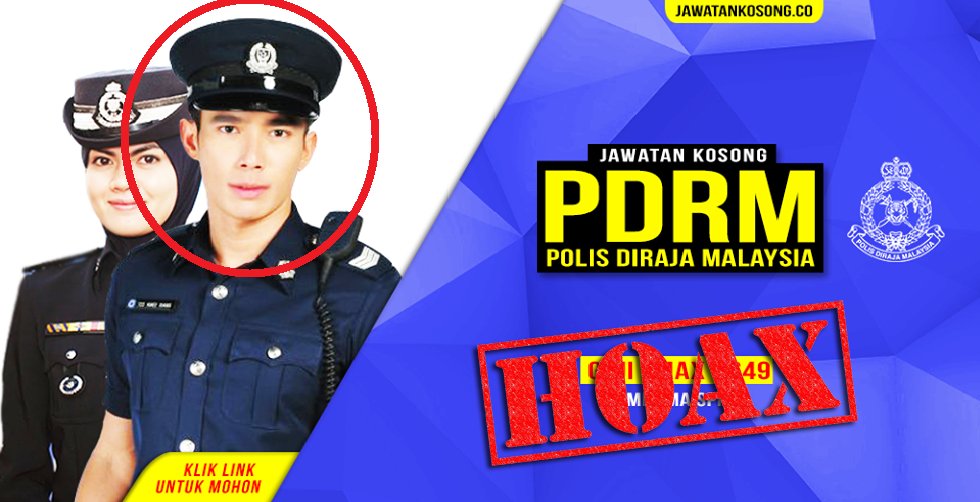 However, there seems to be something off about the ad, as netizens quickly pointed out that the guy featured in the ad is none other than Singaporean actor, Elvin Ng. What’s more, he is wearing the Singapore Police Force uniform instead of the Royal Malaysian Police (PDRM) outfit.

The ad was posted on Jawatan Kosong Kerajaan’s Facebook Page on 16 January 2017 and drew the public’s attention, propelling it to become viral, especially in Singapore after it was also featured in SGAG.

Netizens have been commenting about the weirdness of hiring a Singaporean actor for a PDRM ad when they could’ve obviously used a real Malaysian to star in the ad.

The image used of Elvin Ng is one when he played a lazy cop in Mediacorp’s police drama series C.L.I.F 3 back in 2014. 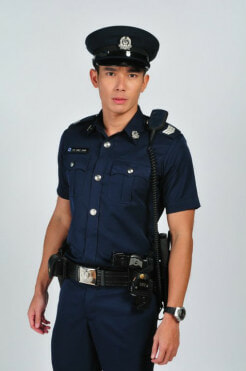 Before you get worried about the credibility of our PDRM force, it seems that the ad is actually a hoax. This was confirmed by Free Malaysia Today who reached out to PDRM on this issue.

Their corporate communications head Asmawati Ahmad replied, “Why do we need actors, when we have a strong 130,000 personnel in the police force.” She also confirmed that PDRM has always used their own team in any such ads.

Mothership.sg, a website based in Singapore published an article about the ad which Asmawati said was irresponsible of them to do so. She said, “That is very uncalled for. They should have called us and verified the details before writing such an article.”

It seems that the ad itself is done with the purpose of ridiculing the the Malaysian police force and is clearly a joke done in bad taste. While PDRM has not taken action to investigate the perpetrator of the ad, it is reported that they are monitoring the ad closely.