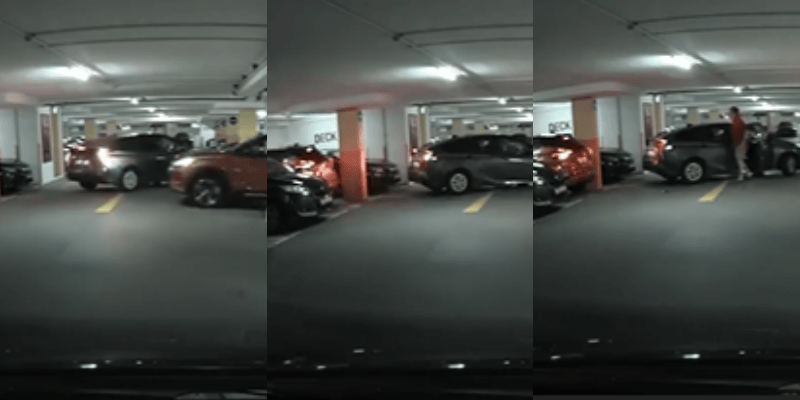 Parking spaces are a commodity that is in high demand, especially in places where congestion is the order of the day.  Taking place in Singapore, this parking dispute between two vehicles did not end well for all involved.
In a video that made its way on social media, an incident that took place in a car park, caused the culprit to bump the victim’s vehicle and eventually crashing into a barrier.
Here is a video of the incident.

In the video, you can see that a car was trying to pull in to the parking spot, before another came up the ramp and ‘squeezed’ its way into it, disregarding the already reversing vehicle that was there earlier.

Justice was swift in this case, as the vehicle eventually crashed into the barrier.

To many, this is an example of a person stealing another person’s parking spot, but that is story is far from the truth.

Explaining more about the incident, the owner of the orange vehicle explained “that as he came up the slope, he did not notice the vehicle reversing into the lot”.

“Upon impact, his first instinct was to tap the pedal, but he was driving a Nissan Kicks, which only has one accelerator pedal feature.”

“He panicked and tapped the pedal causing the car to surge forward.”

Netizens commenting on the video understood the struggle that the Nissan driver had, as the tech used may be a little ahead of its time.

What are your thoughts on the incident? Is it a human error or a technical glitch? 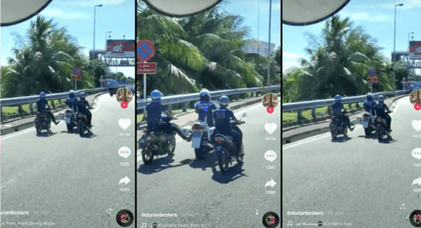