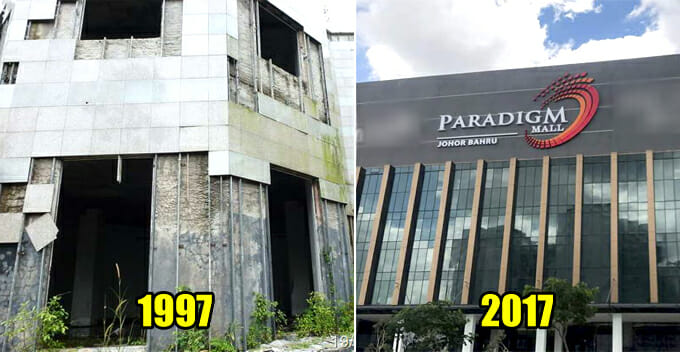 Recently, the most talked about subject among Johorians is none other than the majestic Paradigm Mall in Johor Bahru. Spanning over 1.3 million square feet, Paradigm Mall is officially the largest mall in the state that’s even equipped with an ice-skating ring! 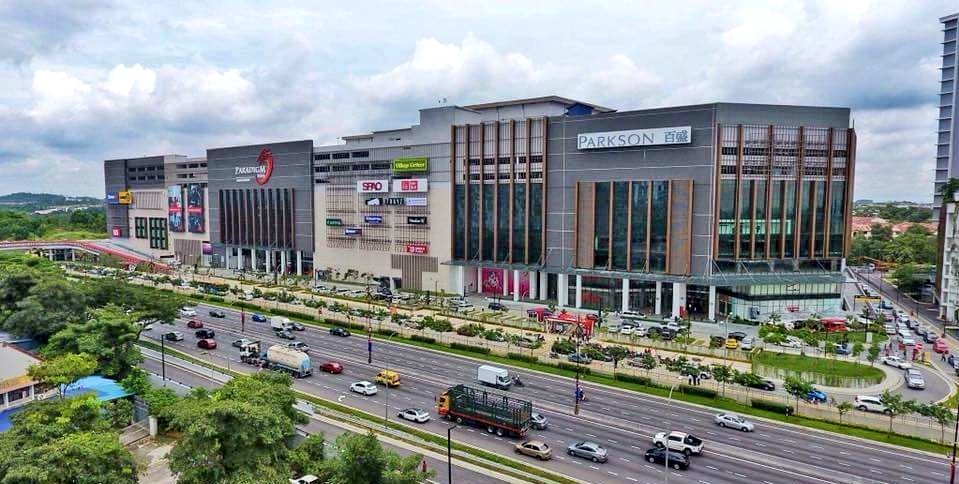 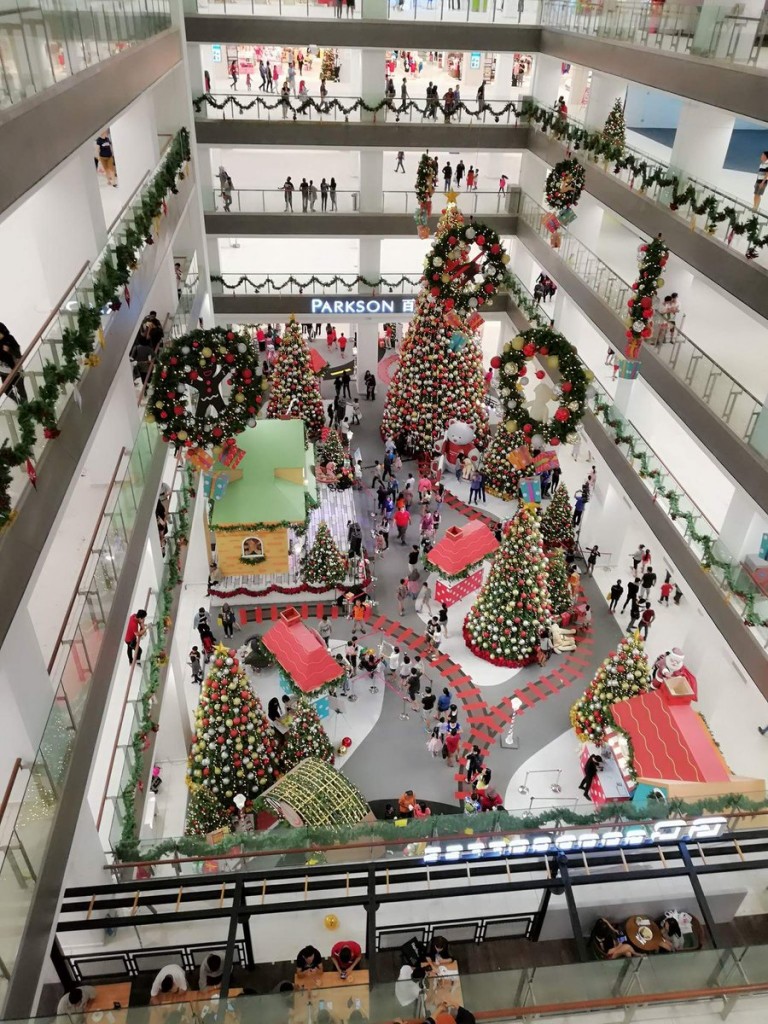 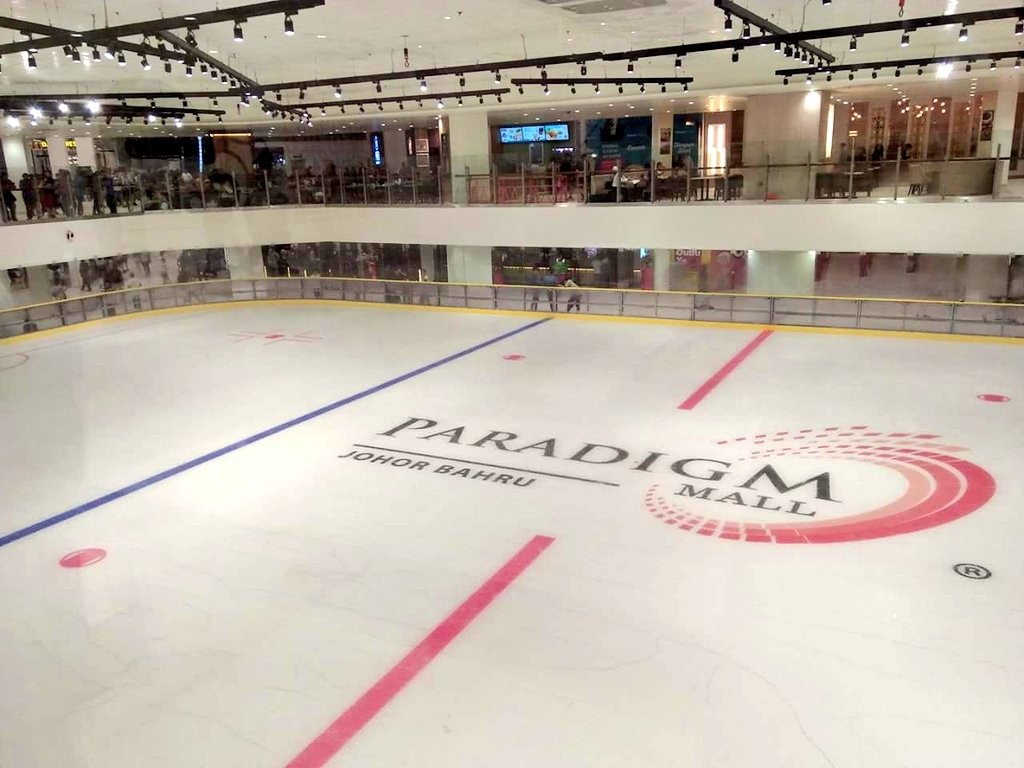 However, did you know that this gigantic shopping mall was built on a once known Kemayan City back in 1997 which was a spooky ghost town after being abandoned for 20 years? 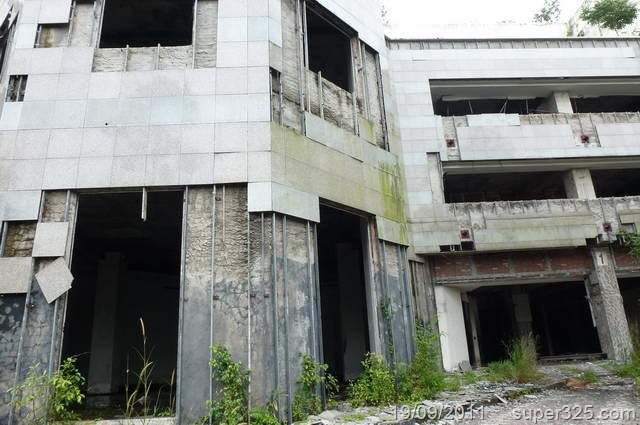 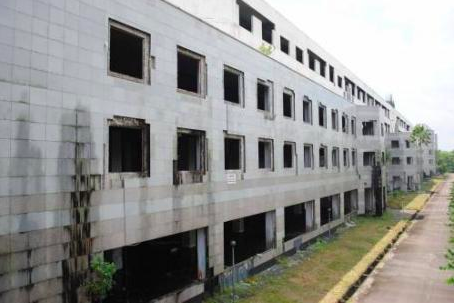 1 . The Singaporean family who shopped at this unopened mall 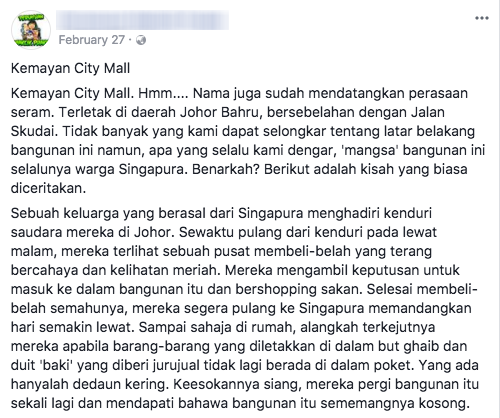 “A Singaporean family attended their relatives’ ceremony in Johor. As they were on their way back from the ceremony, they saw a brightly lit shopping mall and it was bustling with shoppers. So they decided to stop by and had a shopping spree.”

“Afterwards, they went back to Singapore. At home, they were shocked to find that the items in the shopping bags turned out to be dried leaves, and the balance money returned by the cashier was gone as well!”

“They went back to the building the next day and discovered it was an empty building.”

2. The passenger who asked to be dropped off at the abandoned shopping mall 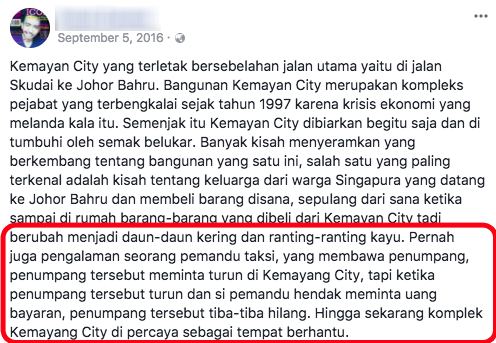 Long story short, a passenger requested the taxi driver to drop him/her off at Kemayan City. When the driver was about to collect the fare from the passenger, he/she was nowhere to be found.

There was only the taxi driver at the scene. I’m out!

A netizen shared a conversation between her boyfriend and his friend. 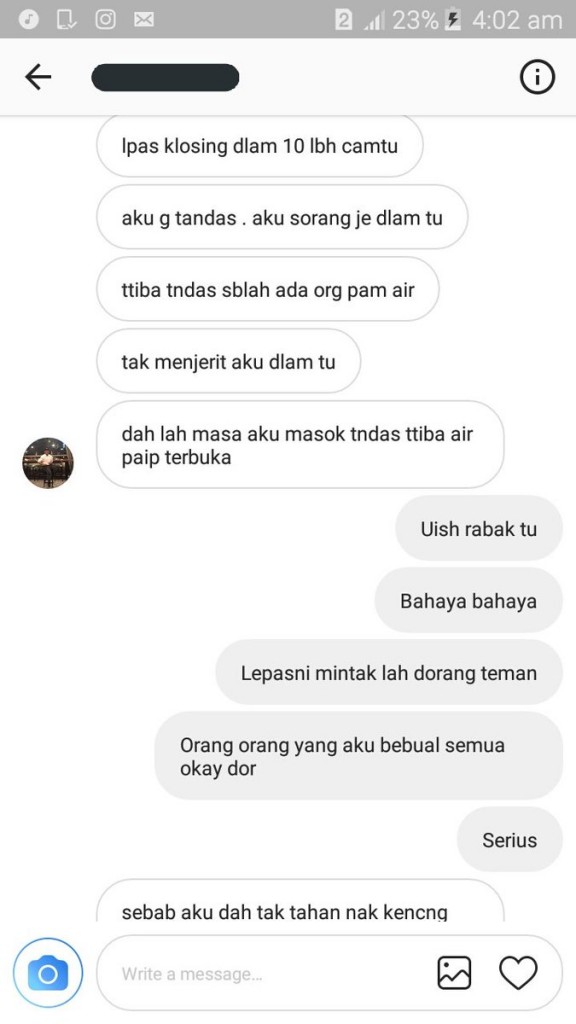 Apparently, it was after 10pm when the man was all alone in the toilet. According to the guy, the water pipe was turned on by itself and there was someone flushing the toilet next door. Nope, nope, nope.

Again, these are just rumours as told by locals and netizens over the years. If there’s anything that you should be worried about when visiting Paradigm Mall JB, it’s not the ghost; it’s their head-spinning multi-storey car park.

Check out the video below and you’ll know what we’re talking about.

So guys, have you visited the new shopping mall? Share with us in the comment section if you’ve encountered some ‘extraordinary’ things! 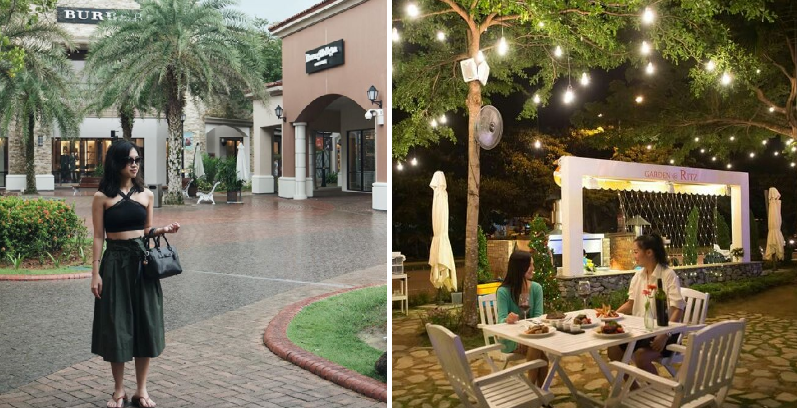