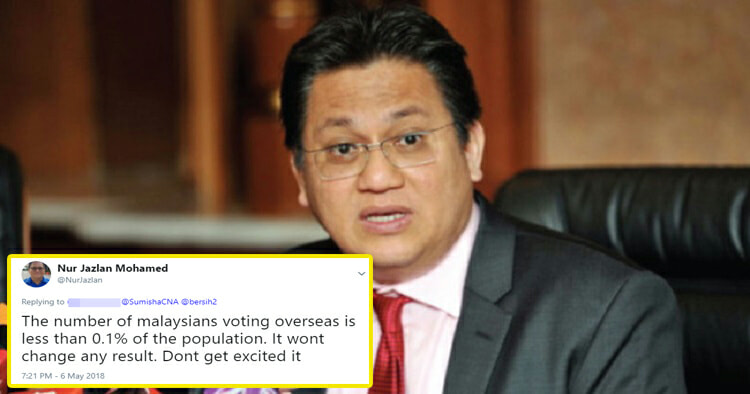 With polling day for the 14th general election (GE14) just two days away, overseas voters are expecting to receive their ballots and cast their votes via post. However, it looks like a number of Malaysians living overseas have reportedly faced some obstacles in the voting process this time around.

Over the weekend, Malaysians were alarmed when overseas voters began sharing on social media that they still have not received their ballots to cast their votes for GE14.

Some overseas voters have reportedly learnt that they will only be receiving their ballots either on the day of the election (9th May), or very close to polling day. 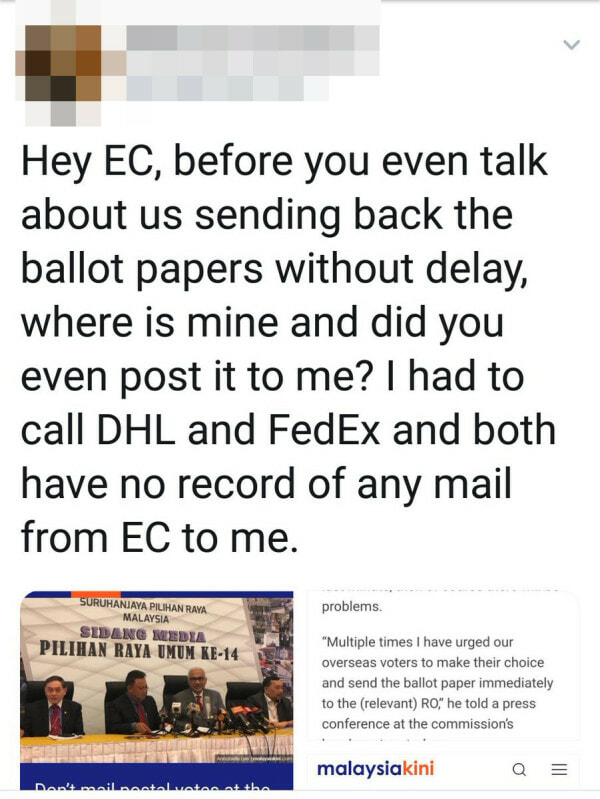 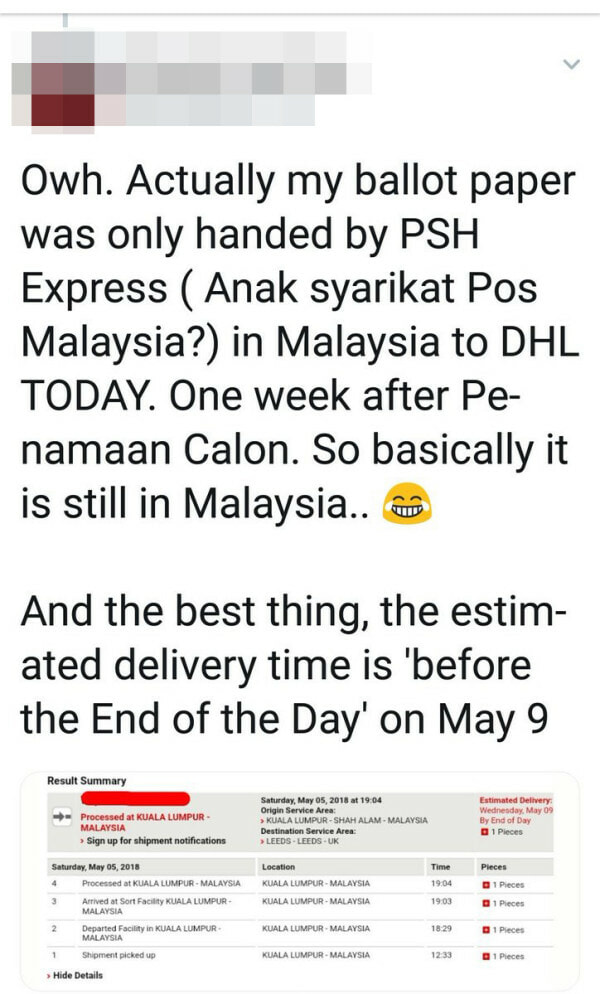 In response to the concern about receiving late ballots, caretaker Pulai Member of Parliament (MP), Nur Jazlan Mohamed said in a Tweet that the number of overseas voters would not affect the results of GE14. 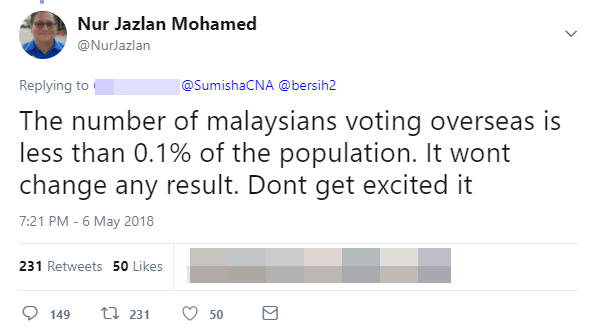 He then corrected himself upon seeing the actual figures of overseas voters released by the Election Commission (EC), reiterating his point that the election results would not be affected by them. 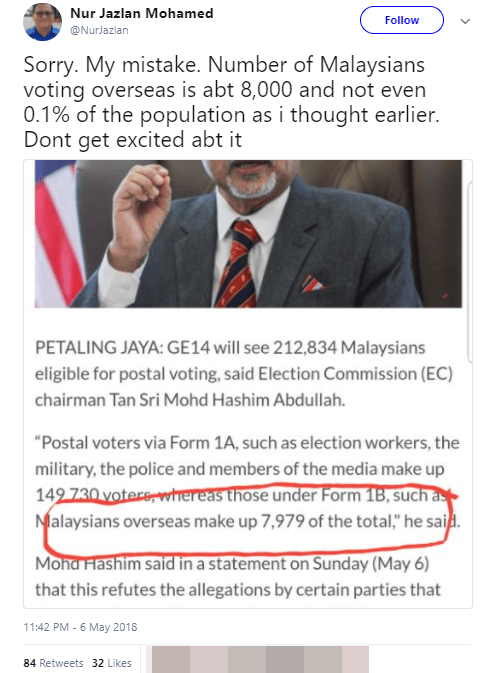 According to Channel NewsAsia, the EC reportedly received 7,979 overseas postal vote applications and 3,653 overseas absent voters applications. However, these figures are vastly different from what Global Bersih has reported, as they have estimated that there are more than 2 million Malaysians voting overseas.

Meanwhile, EC chief Mohd Hashim Abdullah told the press that he is confident that Pos Malaysia is capable of delivering the ballots on time, saying,

“God willing all the voters will receive their ballot papers in time. Because I was informed that those in South Korea have received it and that was returned and there are those who’ve told the Election Commission panel that some in Australia have received it too.” 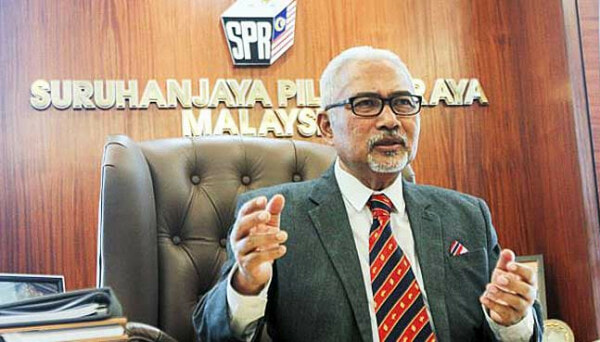 In light of ballot papers being delivered to overseas voters so close to polling day, a number of Malaysians have volunteered to carry voters’ ballot papers home in time, and they even created a Facebook group to help each other out!

Meanwhile, those of us registered to vote in Malaysia should all make sure where our polling stations are before heading out to cast our votes this Wednesday (9 May), so be sure to check out the EC’s portal here before polling day! 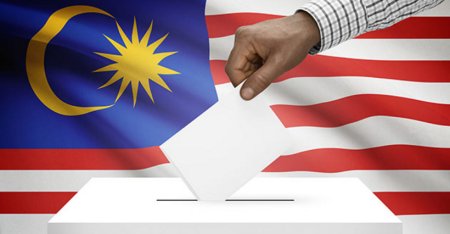