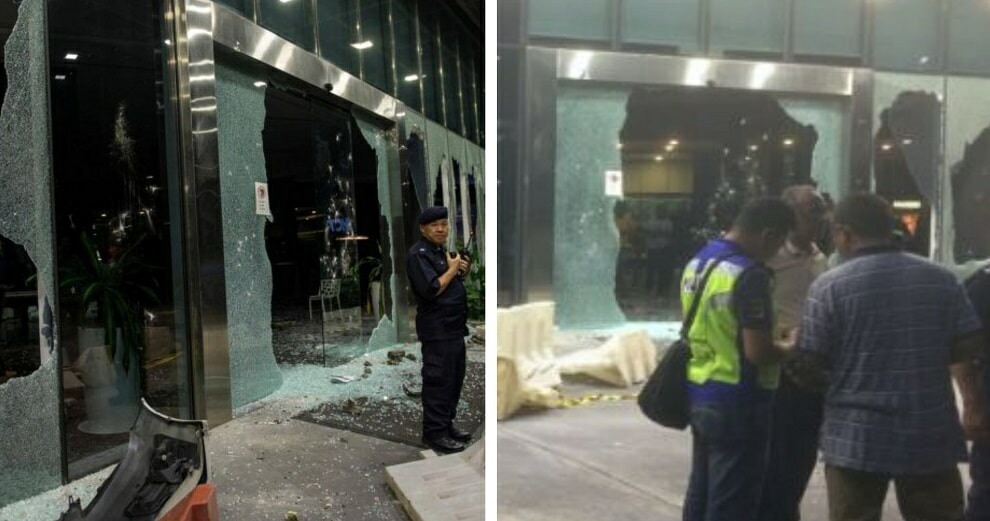 News of the violent riot at the Seafield Sri Maha Mariamman temple in Subang Jaya yesterday (26th November) shocked Malaysians. A group of men had reportedly stormed the temple grounds, destroying and torching 23 vehicles. Two men were also injured during the incident, one of them being a fireman who was assaulted earlier today (27th November).

He is reportedly in critical condition in the Intensive Care Unit (ICU) of the Subang Jaya Medical Centre (SJMC), where he was admitted this morning. He sustained multiple broken ribs, bruises on his chest and abdomen, and a punctured lung.

Now, another group has allegedly attacked and smashed the glass panels at One City Mall in Petaling Jaya earlier this morning at around 2.30am. A car was also damaged amidst the violence. The group had initially gathered at the Seafield temple before making their way to the mall.

The vandals were also aware of members of the media who were present at the scene and began insulting and threatening journalists who were there.

In light of this incident, Deputy Home Minister Datuk Mohd Azis Jamman has condemned the group’s behaviour. He was quoted by The Star as saying,

“I am very disappointed. Let the police do their job. Things will get even worse if we let this go on.”

“Let this be a lesson to the leaders there. We have to cool things down. This is between the temple and the company, not about race or religion.”

“The police have been very accommodating and I commend them for that. But this is over the limit. If there are no more options then the police have to take action.” 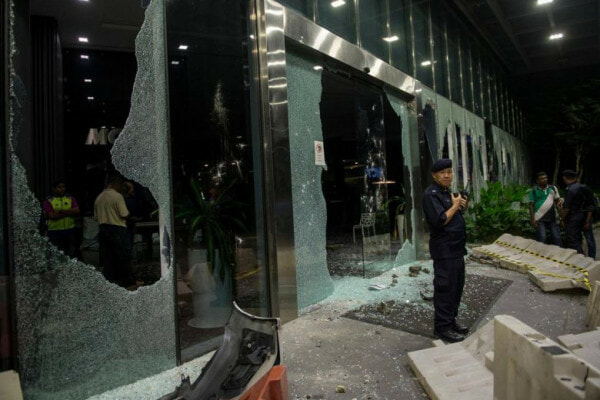 Meanwhile, 21 arrests relating to the Seafield temple riot have been made as of Tuesday afternoon, according to the New Straits Times. All those arrested were reportedly Malaysian men. Selangor police chief Datuk Mazlan Mansor was quoted by the daily as saying,

“We also seized a machete found in a vehicle the two suspects were travelling in. Two others were arrested last night and all 21 will be remanded in stages beginning today.”

“We are also investigating the incident at One City Mall where windows were broken and vandalised by irresponsible quarters.”

“Apart from that, investigations also include the case of a Fire and Rescue Department officer who was attacked while putting out the vehicle fires at the temple, a fire engine was also damaged.” 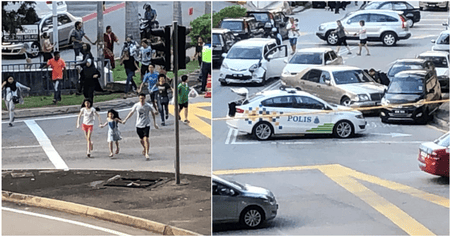