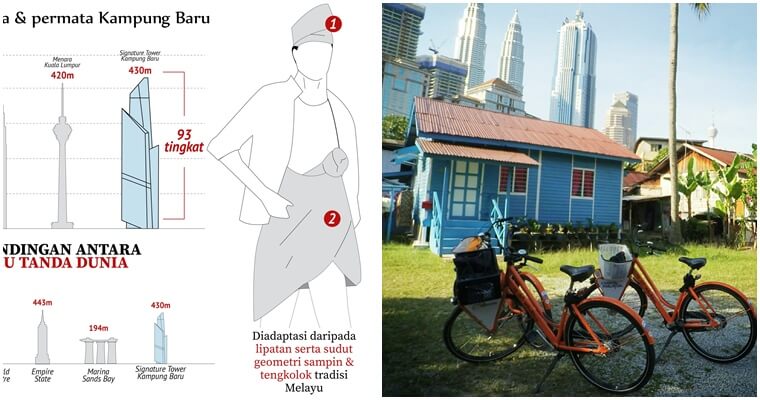 Don’t you think we have enough skyscrapers already in KL??

The infographic picture of the proposed new ‘landmark’ development Signature Tower Kampung Baru that Bernama posted on their Twitter page yesterday has caused an uproar among the public.

The infographic explains that the skyscraper will be around the same height as KL Tower and will adapt geometrical designs from the folds of Malay traditional sampin and tengkolok. The idea is nice but the implementation is overkill. 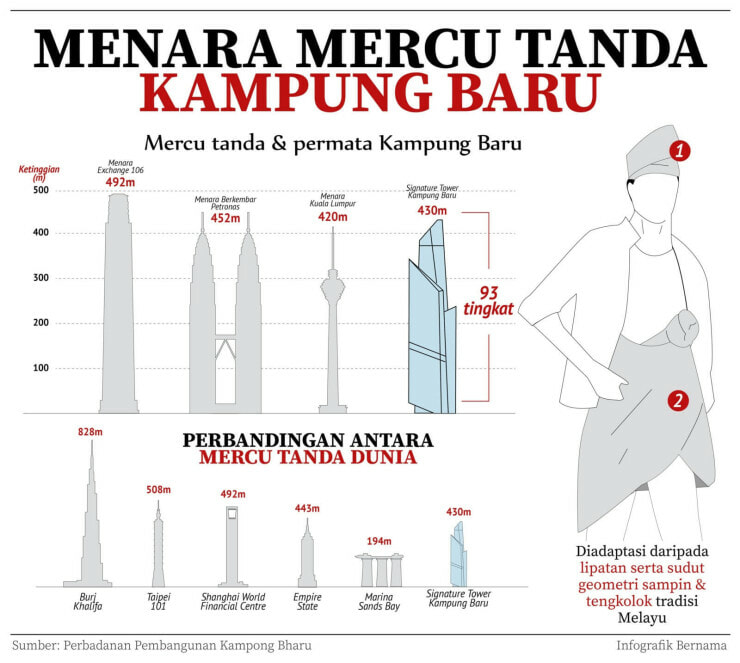 This one picture has received extreme backlash from the public as the majority agree that the building itself is unnecessary, both as a property and as a ‘landmark’. Among the most notable arguments that we could find were:

1. Kampung Baru is a landmark on its own

Truth be told, Malaysians still picture old wooden traditional houses when Kampung Baru is mentioned because the image is embedded in our minds. It’s also iconic, and the last bastion of traditional culture in the big city.

“Please try not to be an idiot. Kampung Baru is already a landmark.”

“Enough with towers… Even the place is called Kampung Baru. People would have visited to look at Kampung Baru and not malls. Change the infrastructure like the one in Morten Village, Melaka. The example is laid in front of you and you choose to be an idiot.”

2. Are you trying to summon more haze?

We are still in the middle of a crisis here and you are planning to make it worse? We’ll pass.

3. KL is cluttered with skyscrapers

“What are the benefits of cluttering towers? We haven’t even done renting out the whole KLCC.”

“How many more skyscrapers do you want in Malaysia”

“We don’t need any more skyscrapers. It’s better if we focus on the environment.”

4. Money should go somewhere else

We still have countless other problems, so why bother making towers?

“What kind of tower is this… Didn’t you have enough… I thought TRX would be the last tower, apparently there’s more… Capitalists are getting richer, and the poor remain homeless (the citizen)… Enough with this crazy activity, what happened to the abolishment of tolls and free education?”

Malaysians were so enraged, they came out with a petition to turn Kampung Baru into a national heritage site instead. Under just 3 days, 1.2 k people have signed the petition. Check it out here if you think that Kampung Baru should be restored instead.

Although development might be good for the country, there are times when enough is enough. At times, we have to stop and smell the flowers. 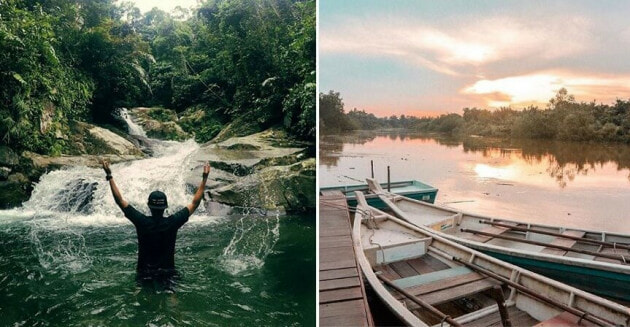