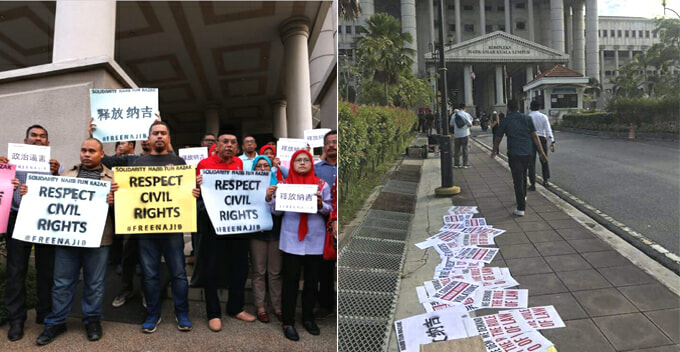 July 4th is a historical day for all Malaysians as our former prime minister Najib Razak stepped into court to face the music. He was slapped with four charges including three counts of criminal breach of trust and one count of using his position for gratification.

Thiss triggered some 200 die-hard supporters of Najib Razak to gather and protest in front of the Kuala Lumpur Court Complex. They reached the complex as early as 7.30am to show their unwavering support towards their beloved leader. 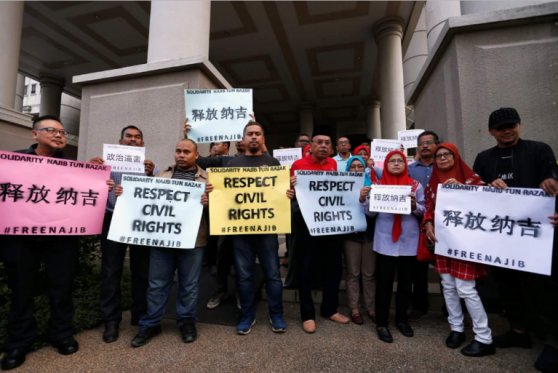 The high-spirited protesters from Umno hoisted signs that read ‘respect civil rights’ and ‘free Najib’. Unfortunately, the protest was halted by the authorities as they were asked to “maintain order”.

It was a short protest, but what did they do with the signs afterwards?

A few hours ago, a picture began circulating on social media showing the ‘free Najib’ signs laying on the ground at the side of the road. We’re not sure whether the picture was taken before or after the protest, but netizens are speculating that the signs were dumped there by Umno members after the protest came to a premature end. Netizens were enraged as it shows just how terrible their mentality is and the lack of their civic consciousness.

“DBKL should really send a summon to Umno for littering. It’d be even better if the protestors can get a summon each since their faces are everywhere on Facebook,” a netizen said.

“Their pay (for showing up) did not include the disposal of rubbish, which is why they just left the posters there,” another Facebook user said.

Well, I guess some things will never change, not even as we move forward as a new Malaysia. We should all really learn something from the Japanese football players in the recent World Cup! *Sigh* 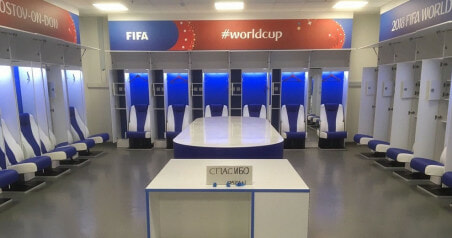