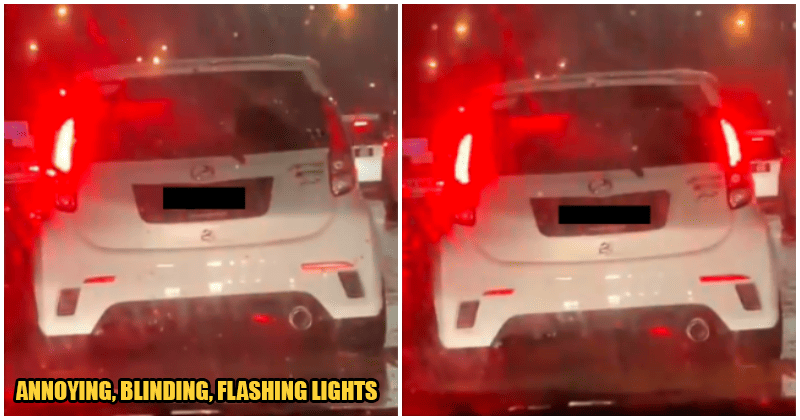 Driving in Malaysia can be a ridiculously stressful affair considering the traffic and selfish road users.

But what happens when selfish road users become… more selfish?

Let’s break it down a little. Selfish road users used to basically be drivers who hog the road, use emergency lanes as they please, cut in lines at intersections or traffic lights, you get the gist of it. Now though, selfish road users also include those who install flashy, strobe lights to the back of their cars.

For example, the MyWatch (@My_CrimeWatch) took to their Twitter page to showcase a Myvi with strobe lights for signal lights while it was stuck in traffic.

MyWatch wrote, “To the owner of this car, please know that your interest in strobe lights can be dangerous to other drivers on the road because it’s distracting.”

There are also many other reasons as to why the strobe lights can endanger others on the road, such as the fact that the lights can end up triggering an epileptic episode or a seizure in those who suffer from the disorder and it can very blinding to others.

There are certain strobe lights that are illegal in Malaysia, but we’re not entirely sure if the lights in question are included in the Road Transport Department Malaysia’s rules and regulations’ restrictions. And if they’re not, they definitely need to be added in there.

The first rule of becoming a road user is to be safe on the road, though lately, we’re seeing more and more cars turning the roads into their own personal disco instead of an actual road – which already has its own dangers, no thanks to drivers like this.

Furthermore, Malaysians already find it troublesome to utilise their signal lights, so having strobe lights like this completely defeats the purpose and is just plain confusing to those driving by.

MyWatch’s posting has since garnered over 6,900 retweets.

Also read: Man Hands Cash To Traffic Officers As They Block Road So He Can Pass Through Jam 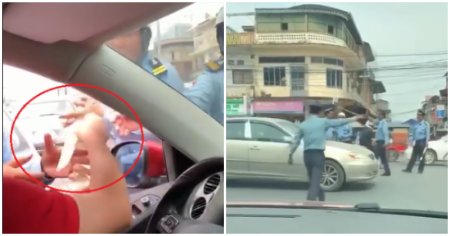