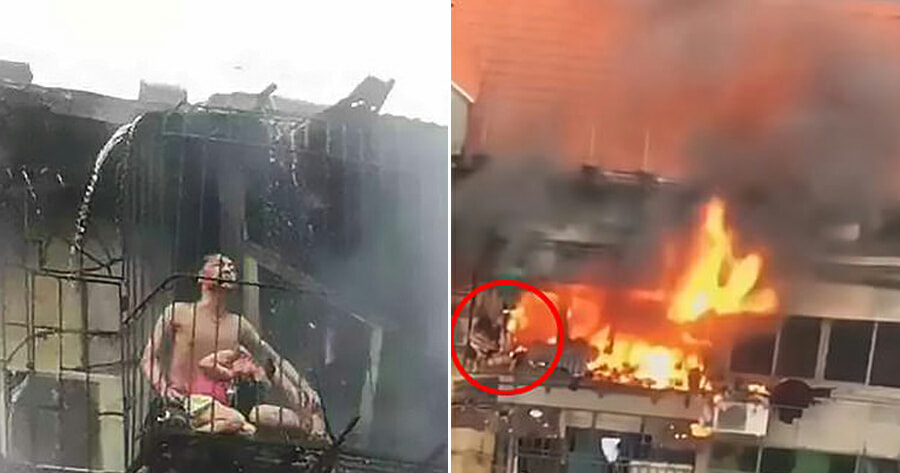 A Chinese couple put their own lives at risk and shielded their four-year-old daughter with their own bodies when their house in Guangzhou’s Liwan District went up in flames.

In a video posted online, the mother and father can be seen crouching over the little girl as they were trapped inside their window grille, while their rented flat on the fifth floor went up in angry flames around 3pm on 19th June 2019. 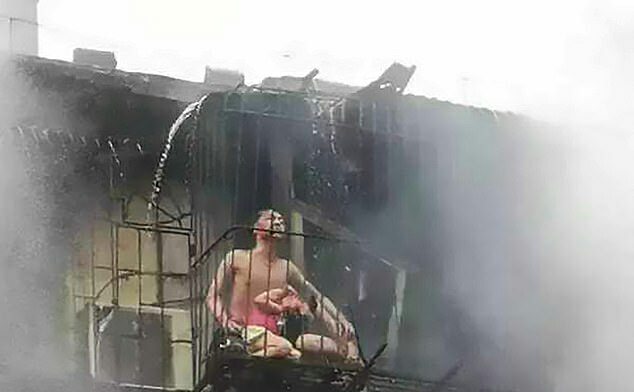 According to Daily Mail, the Guangzhou Fire Brigade dispatched 16 fire engines and 99 firefighters to the flat, where they attempted to put out the flames with a water hose while setting up a huge ladder in order to get to the family.

Unfortunately, when firefighters managed to reach the family, the mother had burned to death while the father made it out alive, although he was in critical condition. The child received serious head injuries.

According to the Guangzhou Fire Brigade, the fire started on the top floor of the six-storey residential building, which was built using steel and concrete. Clothing and wooden objects were said to be the items burning in the fire. 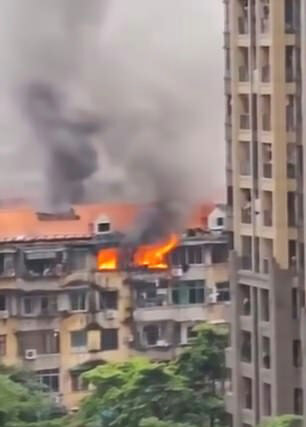 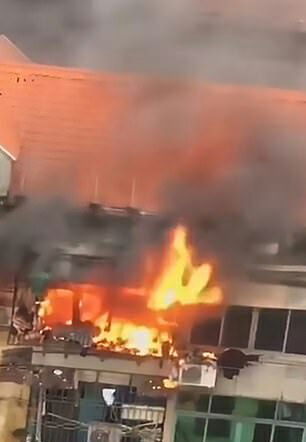 Mr Zhang, a relative of the family who lives around the area, immediately went to the family’s aid when he saw the flames. However, the fire had already become too huge when he reached the flat and he did not dare to go up. He then called the fire department.

The little girl is said to be the youngest sibling of three other kids in the family, who were not at home at the time of the fire, according to another relative and neighbour, Mr Zhen.

Half an hour after the fire broke out, it was brought under control. According to an official report by the fire brigade, the window grille was what caused the family to be stuck in their flat. This is a common fixture in many houses in China as the huge metal cage installed outside their balcony or window prevents burglars. We have to add, the grill is also popular here in Malaysia, so please be careful and make sure you have a way out of the house in an emergency! 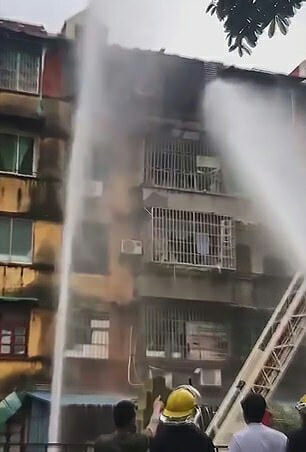 Meanwhile, the girl and her father are now being treated at the hospital. The father’s condition has since stabilised after being in the Intensive Care Unit.

While the case is still under further investigation, the exact cause of the fire is still unknown.

It’s so sad that the family couldn’t escape the fire just because of the window grille. Hopefully the authorities will look into the potential dangers that it could cause in the future and find a better way to prevent burglars.

Also read: Warning: Leaving a Water Bottle Inside Your Car During a Hot Day Can Cause a Fire! 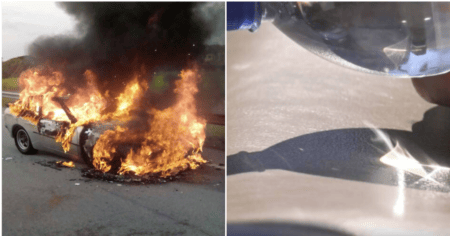