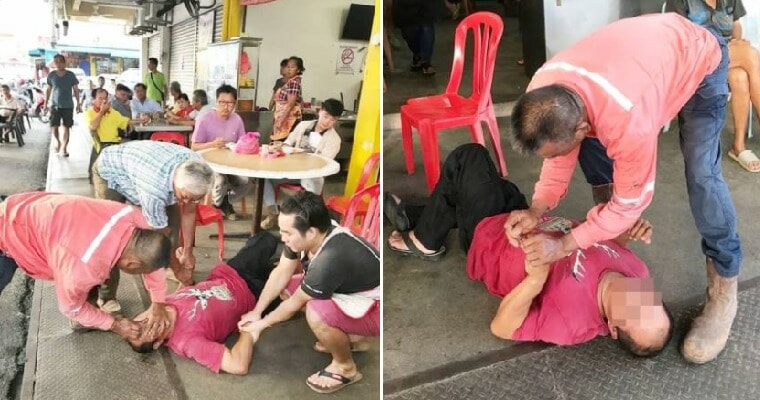 This is so heartwarming! Several residents who were having breakfast in a local kopitiam in Johor Bahru came together to save a man’s life after he fainted and looked like he was on the verge of having a stroke or heart attack. The incident happened at 7am on Wednesday (November 27th) and the victim was identified as a Nepalese man. 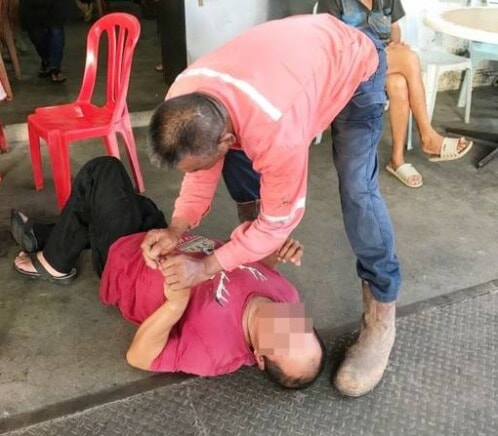 According to China Press, one of the rescuers, a 67-year-old man known as Yan, said that he would often have breakfast with his friends at the kopitiam every morning. On that fateful day, he saw the foreigner eating a piece of chicken alone.

Yan said that he noticed him as that was the first time the Nepalese man was in the kopitiam. At first, he saw the foreigner’s head drooping and thought that he was looking at his phone. Yan then went over to talk to the man but was surprised to find that the man was unresponsive and drooling. 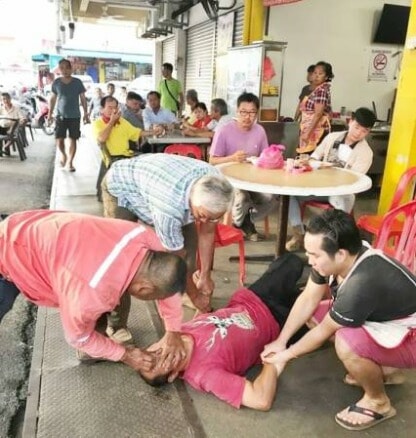 Someone immediately called an ambulance and while waiting for the paramedics, they put the man, who had fainted, on the ground. Suddenly, another middle-aged man approached and asked whether anyone had a needle with them. Someone else gave him a safety pin, and he used that to prick the fingers, brows and ears of the Nepalese man to prevent him from having a stroke. PS: This method has not been scientifically proven so don’t try this at home!

After that, the man started to move a little and spit out the chicken he had been eating. The people there carried him up to a 4WD vehicle to send him to the clinic for treatment. Although bloodletting worked well in this man’s case, it should be noted that this method is not scientifically proven to prevent stroke so you should always wait for the ambulance to send the patient to the hospital. 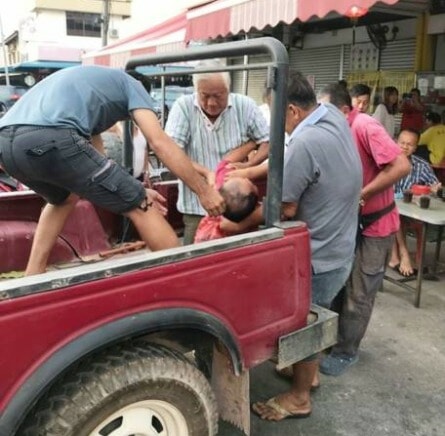 This is because the first hour of a patient getting a stroke is known as the “golden hour” as this is the most crucial time to save them from further harm.

Luckily, the man seems to be fine now thanks to the residents who quickly rushed to his aid! In any medical event, do seek the help of professionals!

Also read: Heroic Nanny in Johor Dies After Suffering 80% Burns From Running Into Burning House to Save Two Young Kids 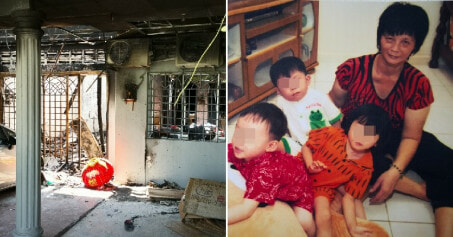