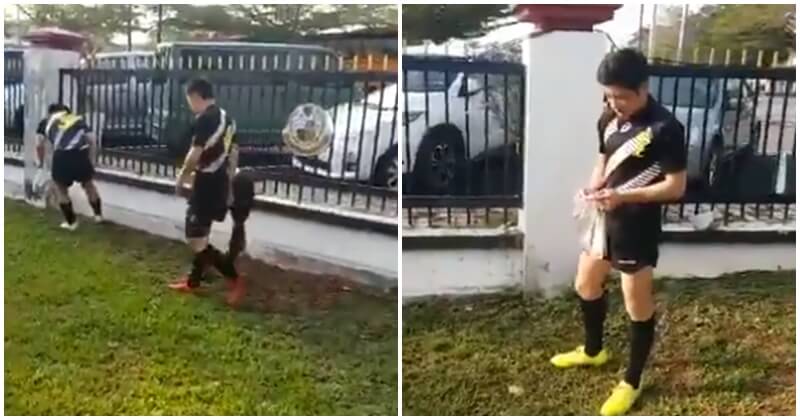 We all know how disciplined and courteous the Japanese are – whether it’s picking up after themselves, having an immense sporting attitude despite losing a game, or just basic polite character. And it’s this kinda behaviour that we all should follow suit!

At a rugby 7s event held in Malay College Kuala Kangsar (MCKK), Perak, is an instance where the Japanese once again show their super attentive and courteous nature.

Viralled on twitter, a short video showcasing a group of rugby players hailing from Japan picking cigarette butts off the field astounds netizens because of two factors; one being how the Japanese are indeed brought up right and secondly how disgusting Malaysians are and their smoking habits.

“This is the Japanese team that came to MCKK 7s, and they are seen picking up cigarette butts and rubbish.”

“Think about it: Are they here to compete or pick up the trash of others?”

The Japanese school students who were from the Shizuoka Seiko Academy (SSA) were seen picking up rubbish have definitely put Malaysians to shame.

Netizens were generally ashamed of the showcase that Malaysians had put forth on an international stage. 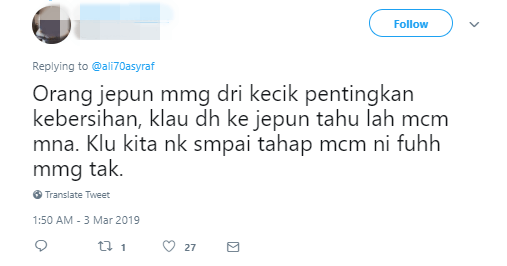 One netizen said “The Japanese are instilled with the knack for cleanliness at a young age, if you’ve been to Japan you will know what it is like.”

“Will we reach that [the Japanese’s] level? I don’t think so.” 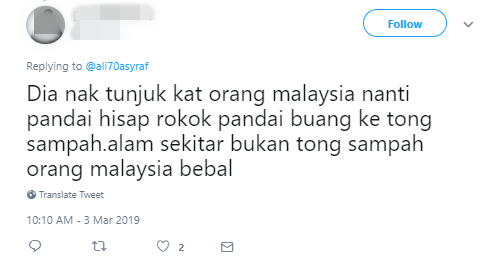 Another writes “What a shame, even if you smoke, you should know how to discard it in the rubbish bin.”

“They want to educate Malaysians that if you smoke, you need to discard your cigarette butts to where it should be. The world is not your rubbish bin. Stupid Malaysians.”

We need to be rid of our third world mentality where most citizens would just simply discard trash on the streets. What a shame!

Also read: Loving Husband Quits Smoking So He Can Use Money to Take Wife & Kid on Holiday 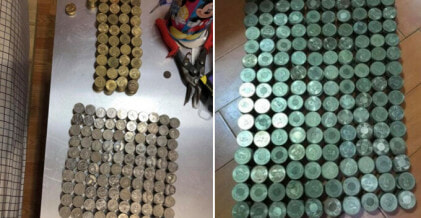