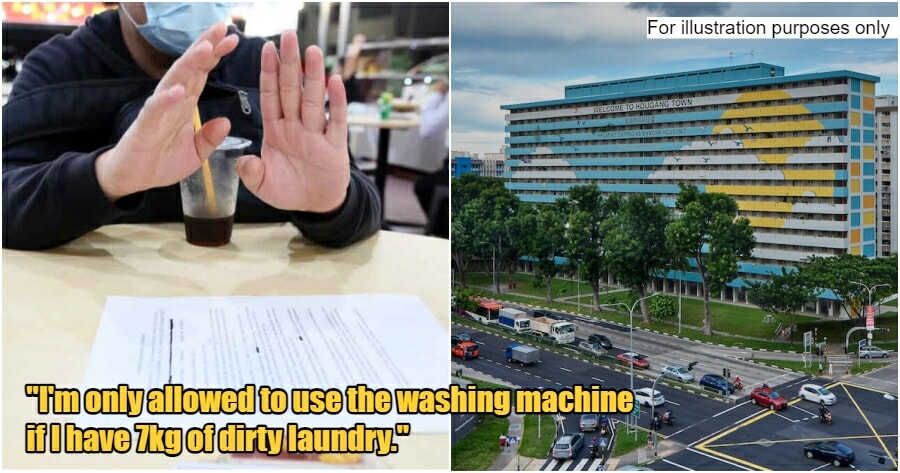 Sometimes, it can be challenging to rent a place especially when you’re not in your homeland.

Recently, a Malaysian man who has been working and staying in Singapore since February this year has shared his experience of dealing with a difficult landlord. Koh, who is 20-years-old rented a unit in Hougang, Singapore where he stayed with a roommate. 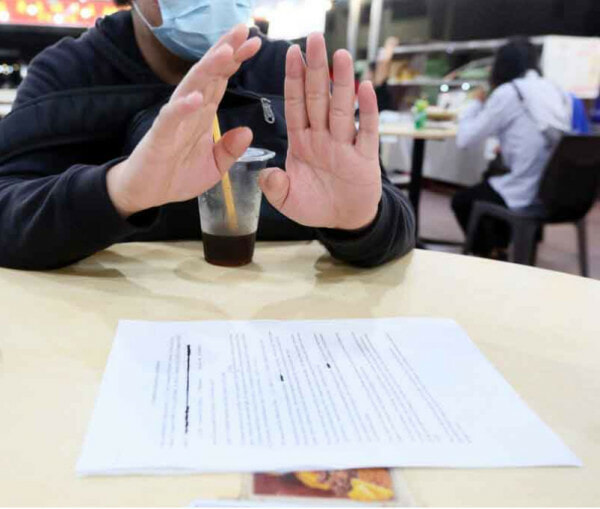 In an interview with China Press, Koh said that prior to staying in the unit, his sister helped him check out the house and the landlord was initially friendly and approachable. With a monthly rental of SGD500 (approximately RM1,548), the landlord had only reminded the tenant that basic hygiene conditions have to be maintained at all times.

However, Koh, who works as a kitchen staff revealed that the landlord came up with additional odd requests after he had moved in.

“I can only use the washing machine when I have 7 kg of dirty laundry,” he said.

Not only that but Koh was also accused of not tidying up the room frequently, as well as having a strange smell on him. Koh explained to his landlord that the smell was of oil and smoke due to his nature of work in the kitchen. Additionally, he was also blamed for opening and shutting the door loudly.

The issues did not end there. Koh revealed that there were too many CCTVs in the unit, including 1 just outside the washroom. 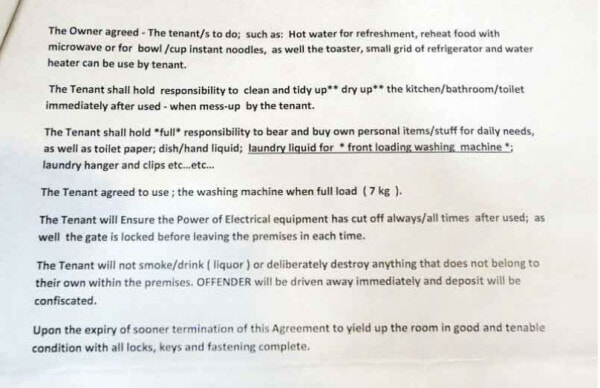 Upon realising the issue can never be resolved, Koh decided to move out after only 2 months of staying in the unit and decided to lodge a police report. Koh is apparently not the only one who had faced the same issue as 10 other tenants who also raised their dissatisfaction with the landlord.

According to a report by Xing Ming Daily, the landlord, Liu said that the tenants would only move into the unit if they were satisfied with what they saw. In terms of the extra charge to clean the water stains, she said,

“I’ve asked him to clean the stains himself multiple times but there was no action. So I did it myself.”

Do you think the landlord came up with too many strange requests? 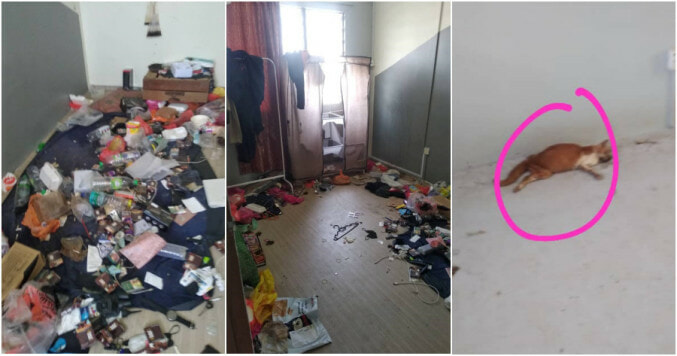