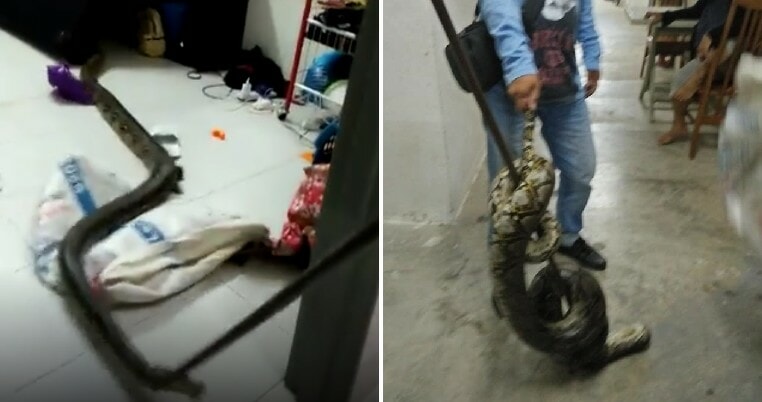 Snakes don’t usually interact much with people as they tend to shy away from human contact but this 18-year-old girl was shocked when a 10-foot-long snake almost killed her at her house in the Program Perumahan Rakyat (PPR) Hiliran at Kuala Terengganu. 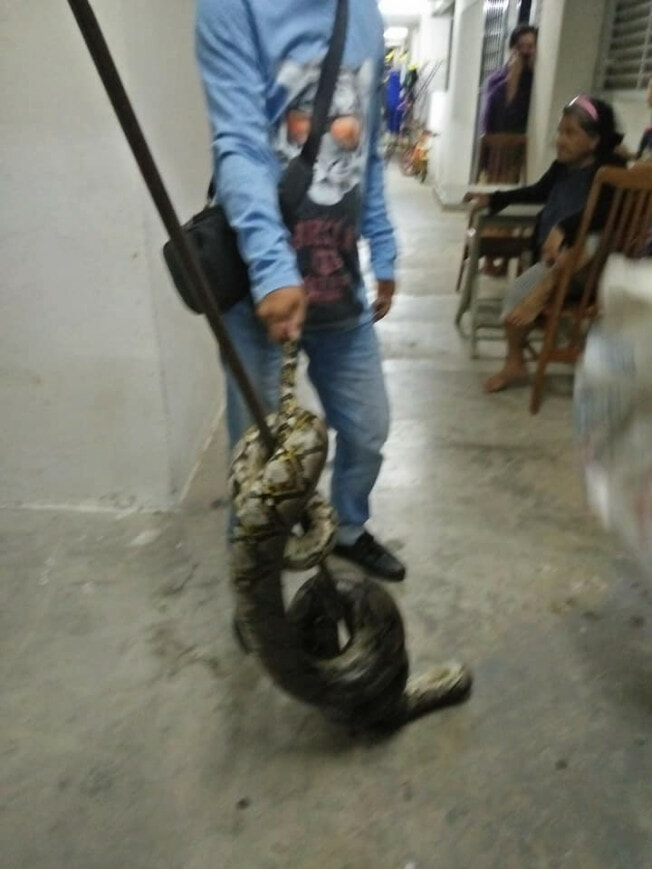 According to Sinar Harian, the incident happened at 4am on 20 March when the victim, Nor Alia Aqilla Jamaluddin was sleeping in her room. At first, she said she woke up at 3am but did not notice anything so she fell back asleep.

Then, at around 4am, she woke up again when she felt something around her neck. She explained, “I felt something soft around my neck and as my eyes adjusted to the dark I saw the snake’s head and felt its tongue on my neck. I quickly got up and walked over to switch on the light and was shocked to discover a 10-foot-long python curled up on my bed.” OMG! 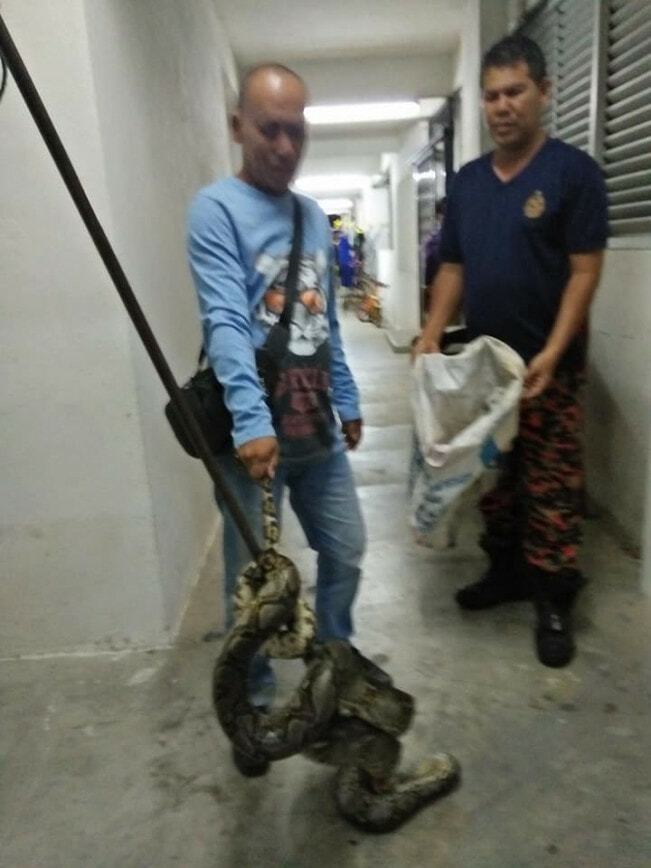 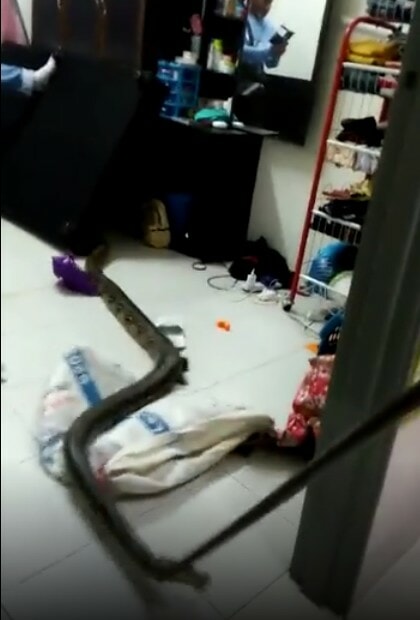 What’s even more shocking is that Nor Alia’s house is located on the 14th floor and they were puzzled as to how the snake managed to even get in undetected. She quickly told her aunt, who called the Fire and Rescue Department for help. The whole family went outside the house while waiting for abang bomba to arrive at around 5.30am.

Four of them arrived to catch the snake, which weighed 26kg and measured about 10 feet. Apparently, the snake was hiding under the bed when the bomba arrived to capture it. Experts say that as the weather gets warmer, more snakes will seek cooler spots in houses.

According to Astro Awani, the 10-foot-long python that gave the girl the shock of her life could actually belong to someone in the building. Initial information showed that there have been rumours that the snake belongs to someone on the 17th floor but they still need to investigate to determine whether this is true.

Remember to keep calm and just call for help if you happen to come across these reptiles; they’re just looking for shelter! 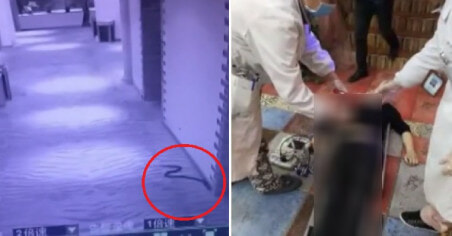