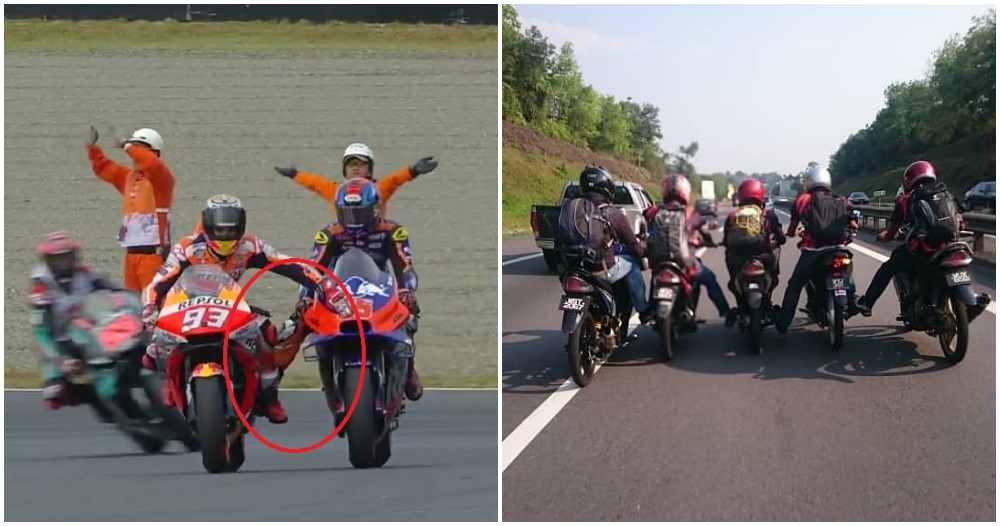 We’ve all seen motorcyclists helping each other on the road the Malaysian way right? We can always see these acts of kindness at the side of the highway and sometimes it just melts our hearts. 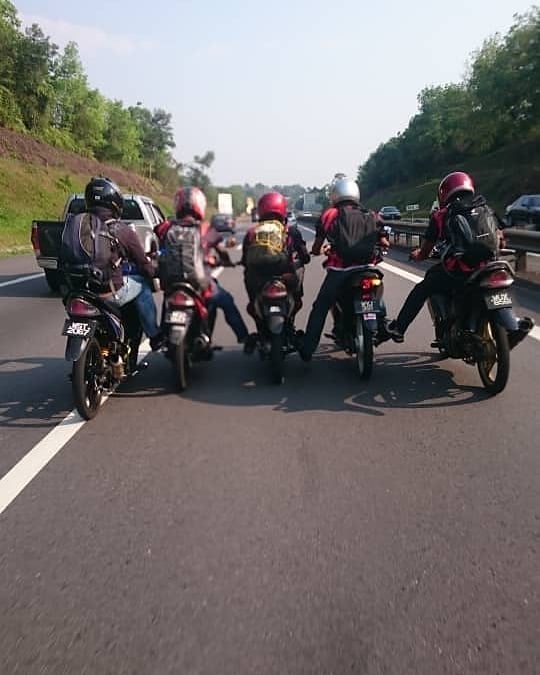 So, our pride and joy, MotoGP racer Hafizh Syahrin Abdullah recently took part in the Japanese Grand Prix. Although he did not do very well (he finished second last), he won everyone’s hearts when he helped out the champion, Marc Marquez ,when he faced some engine trouble! Awwwww!

So after Marc had passed the finish line, his Honda bike started to slow down because he was out of fuel. Hafizh, with his Malaysian instinct, then got next to Marc and put his leg on Marc’s bike to tolak it. This act can also be called nyetud/nyetood or setud/stut. 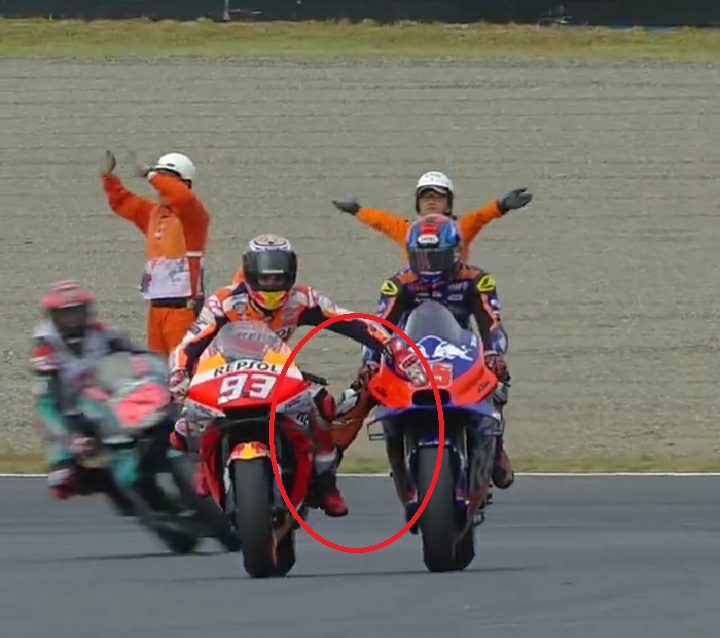 That little bit was actually caught on tape and the Moto GP officials posted it on Instagram. The clip has already amassed more than 1 million views, with tons of comments saying that it was very cute. Marc also commented on the post to thank Hafizh! 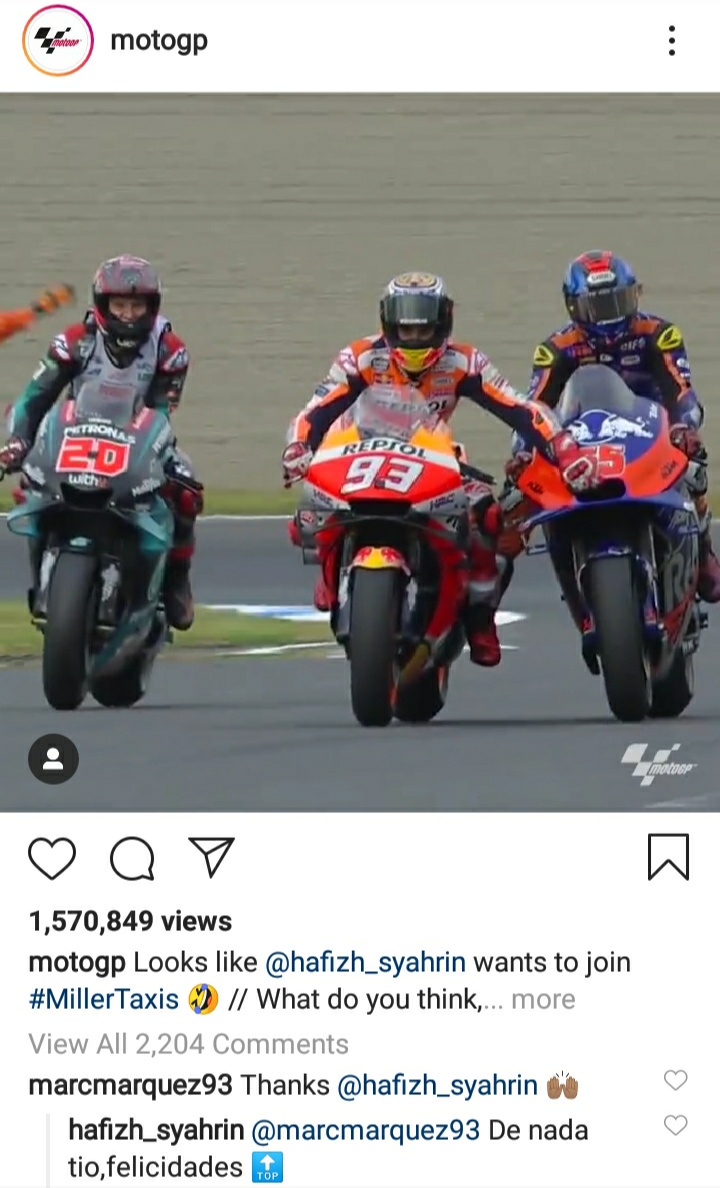 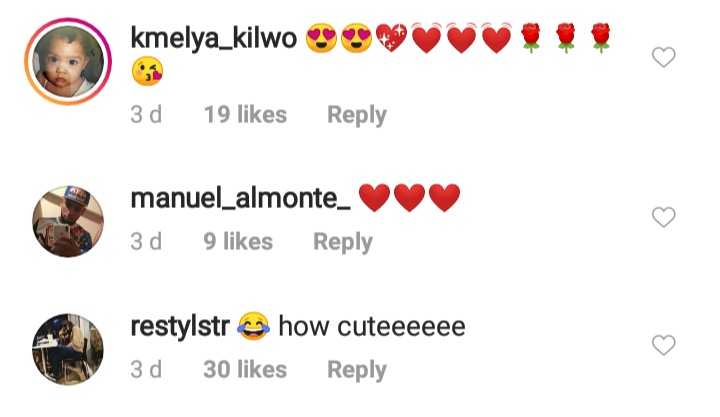 The clip was also posted on MotoGP’s Twitter and it has garnered 11k retweets and 18k likes! There was even a foreigner who said that Hafizh is very talented because he was able to do what he did! 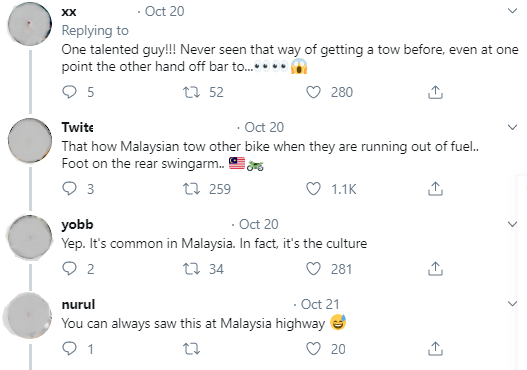 We’re very proud of Hafizh, not only because he was able to compete on international tracks but also because he showed true sportsmanship! Thank you Hafizh! 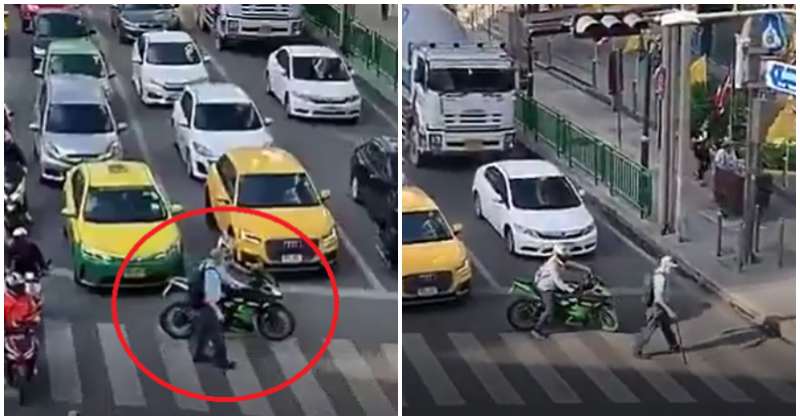