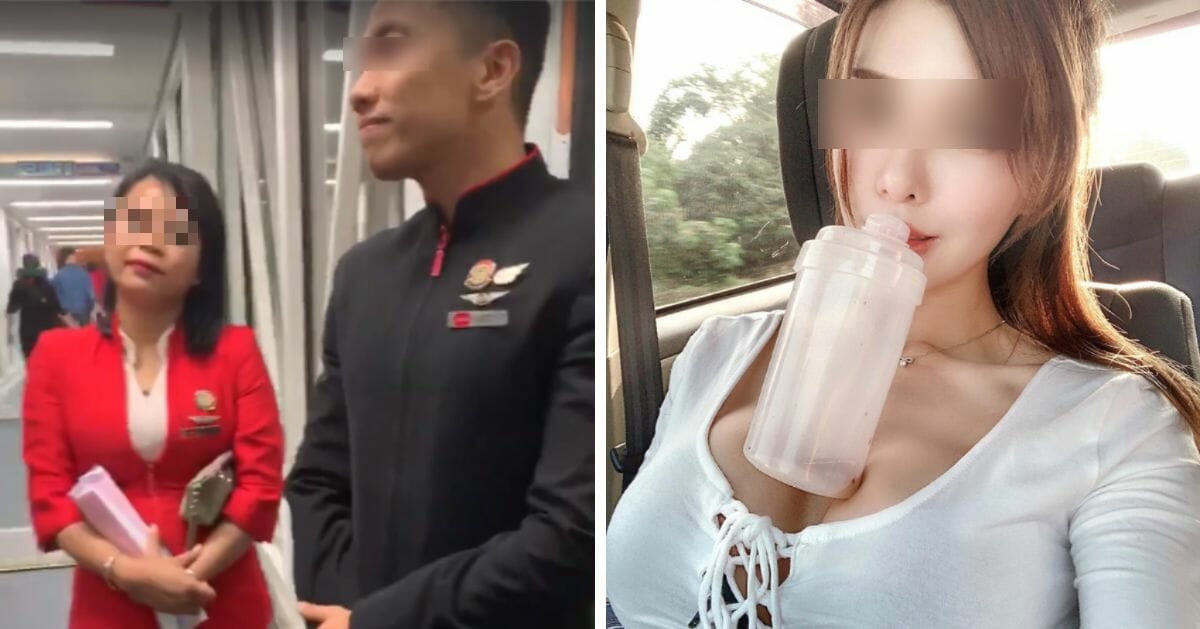 It doesn’t matter whether you’re a celebrity or a just a normal everyday citizen, we should always treat others with respect, especially when there are people out here who are just trying to do their jobs properly.

However, it seems like our “Miss Malaysia International” runner-up, Sabee Chin, didn’t get the memo.

Just a few days ago, Sabee posted a long Facebook rant and multiple videos of her rude behaviour towards AirAsia staff because the flight attendants refused to let her use the toilet as the aircraft was getting ready to land. 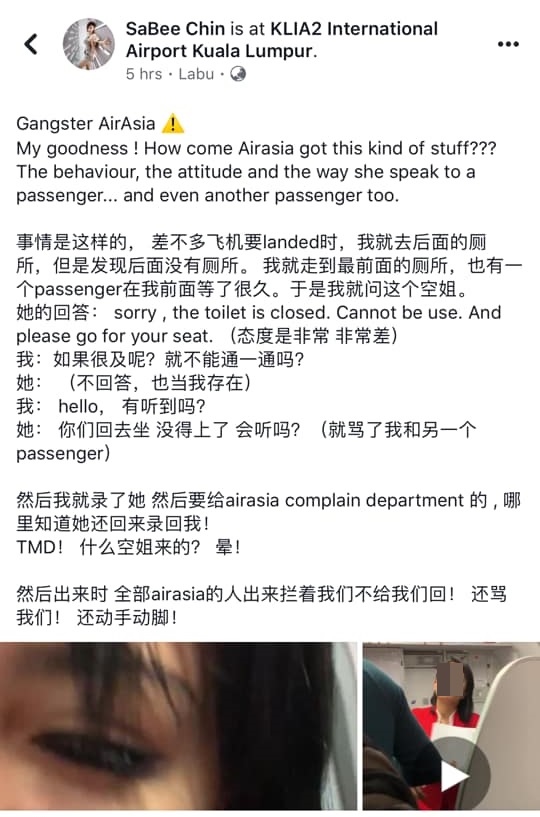 According to Sin Chew Daily, Sabee wrote that when she went to the toilet in the front, another passenger was already in front of her and the two had to wait for a while before the runner up pageant queen asked a nearby flight attendant what was going on.

The flight attendant politely responded, “I’m sorry, the toilet is closed, can’t be used. Please go back to your seat.” Unlike most of us who have flown a plane before and understand that toilets are barred from use before takeoff and landing, Sabee again asked for permission to use the toilet.

This time however, the flight attendant didn’t respond because she had already told the celebrity once. She simply tried to carry on with her job, again politely reminding Sabee and the other passenger to return to their seats. 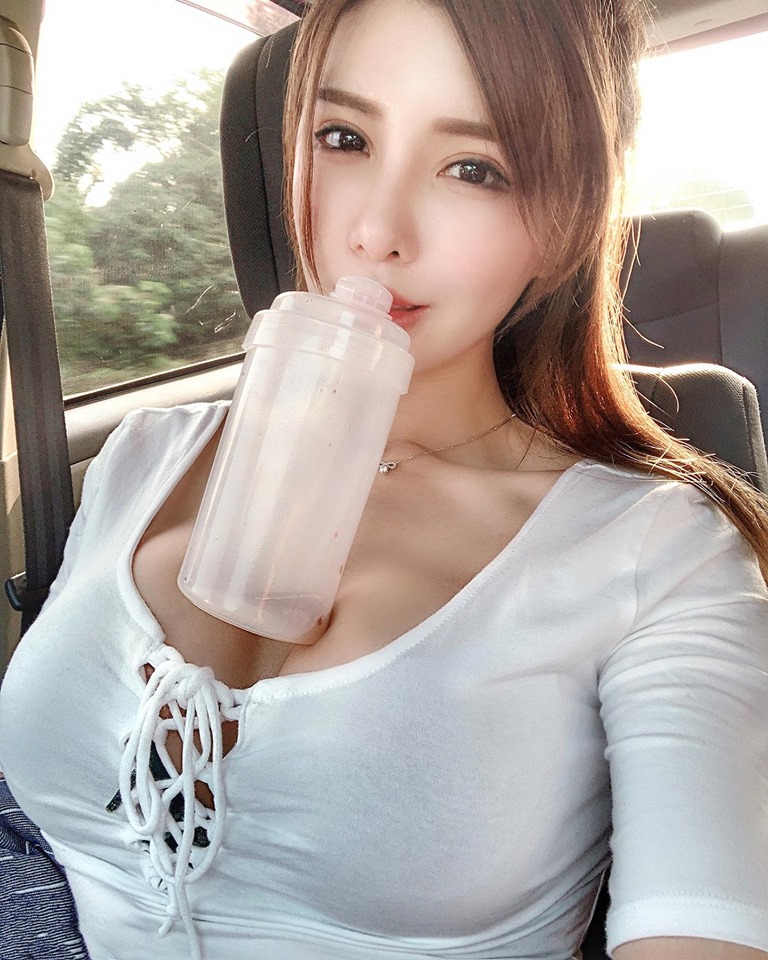 Nonetheless, the star didn’t seem like she was about to take no for an answer and began to harass the flight attendant by invading her personal space and shoving her phone into the staff’s face multiple times.

The outraged celebrity said that she would complain to AirAsia’s customer service department despite the fact that she was the one causing all this unnecessary drama in the first place!

When the aircraft finally landed, SaBee took a video of all the flight staff on board. Her voice can be heard in the background as she proclaimed mockingly, “AirAsia! This is AirAsia ok”.  In spite of her poor attitude, the AirAsia flight staff still continued on with their jobs and just stood politely, waiting for the diva to calm down. 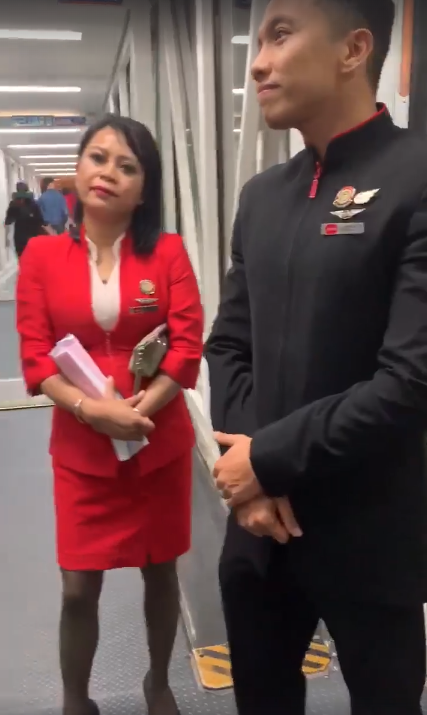 Since the posting went viral, netizens have criticised the star for her rude behaviour. The AirAsia staff were just following protocol, they didn’t deserve to be harassed like that! Hopefully, SaBee has learned from her mistake, seeing as the post has allegedly been taken down.

Kudos to these on-flight staff who still maintained their cool and carried on with their job despite the troubles this drama queen was giving them. What do you guys think about all of this? Let us know in the comments below!

Also read: “You Have No Morals”, Angry Mother Yells After Being Told To Control Her Crying Baby in Flight 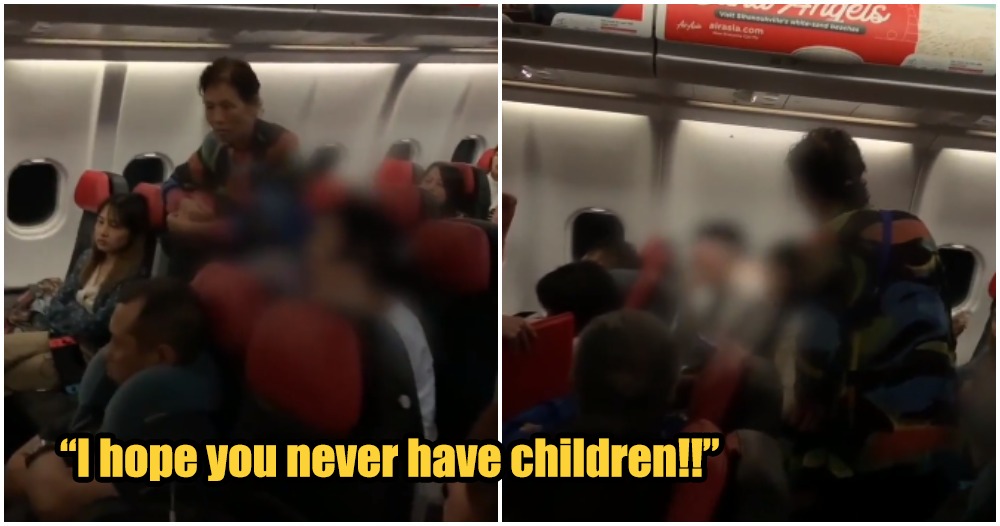