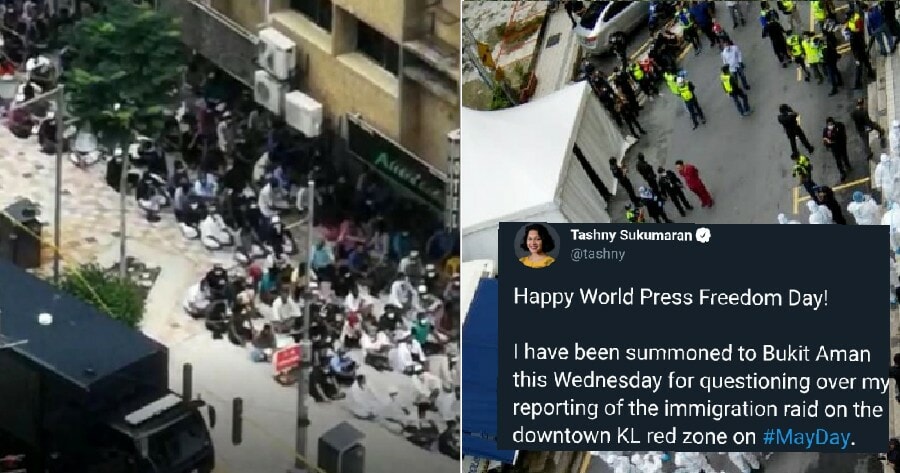 This is such a disappointing thing to hear, more so considering today is World Press Freedom Day!

Local journalist and the Malaysian correspondent of the South China Morning Post (SCMP), Tashny Sukumaran took to Twitter today to reveal that she has been summoned to Bukit Aman for questioning by the police. This is because of a news article that she wrote regarding how the authorities handled migrant workers during a Covid-19 raid in Kuala Lumpur on Labour Day. 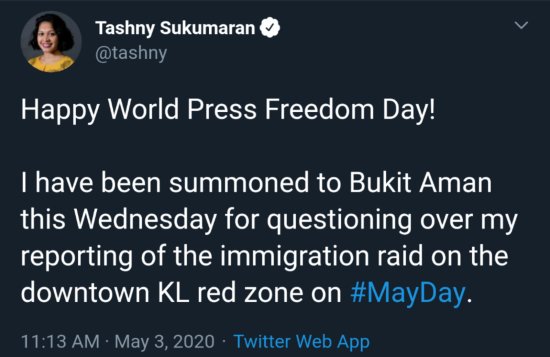 Authorities told Tashny that she was being investigated under Section 504 of the Penal Code as well as Section 233 of the Communications and Multimedia Act (CMA).

Of course, this move by the government was met with stern criticism by the public with many calling the action as a blatant censorship of the press within our country.

Furthermore, Tashny also claimed that there have been many attempts to silence reporters recently within our country. These include excluding foreign media from ‘official’ WhatsApp groups, journalists are being called in and limited access to government press conferences. 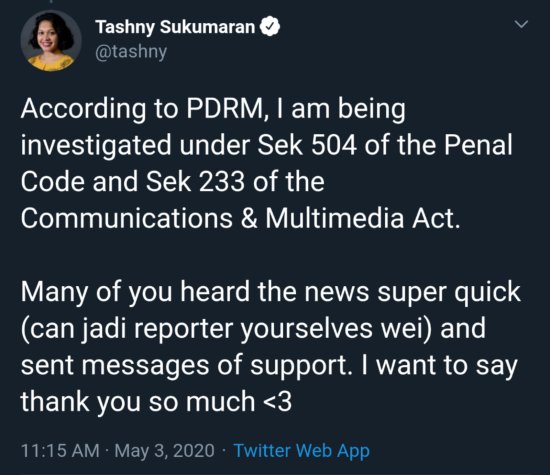 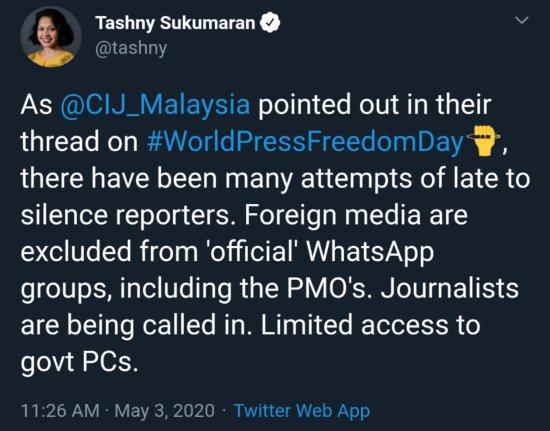 In relation to the investigation, Kluang MP, Wong Shu Qi came to Tashny’s defence and voiced her concerns regarding media censorship. Within a press statement for World Press Freedom Day today, Shu Qi expressed her disappointment that the government chose to harass a journalist for a detailed and lengthy report with citation of several sources.

The Kluang MP, who came from a background in media further commented,

“Credible media is a core component of a functioning democracy. If the media is not allowed to report the truth without fear or favour, there will be no trust in the society..” 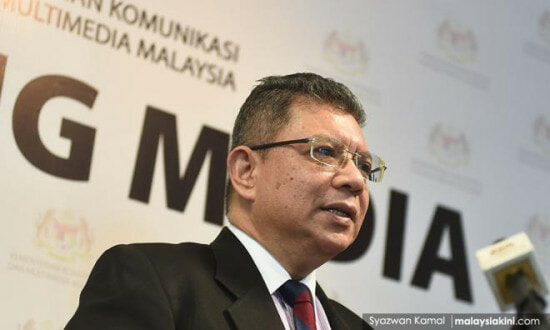 “I may not like your piece but I will defend your right to write it..” 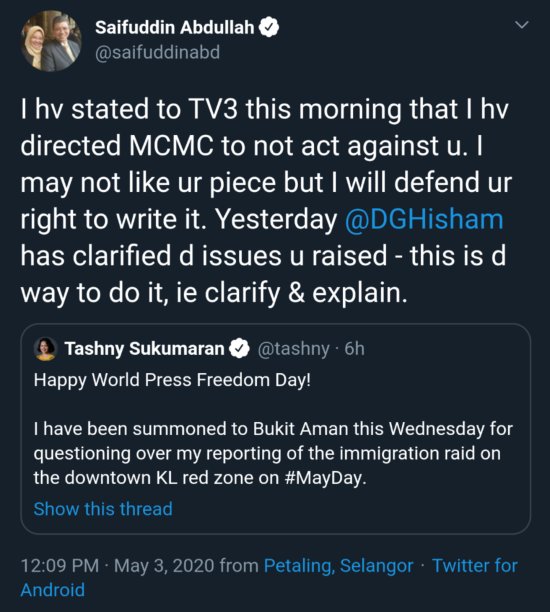 However, it seems that PDRM won’t be dropping its investigation as the police fall under the jurisdiction of the Home Ministry headed by Hamzah Zainuddin. 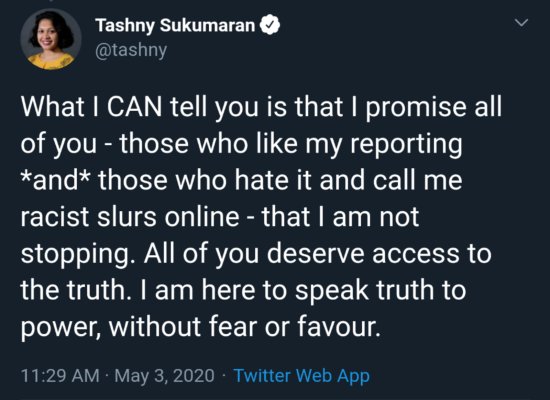 Regardless of the outcome, Tashny has vowed to not stop reporting as everyone deserve access to the truth and it is the job of a journalist to speak the truth without fear or favour.

What do you guys think of the investigation on this Malaysian journalist? Share your thoughts in the comments! 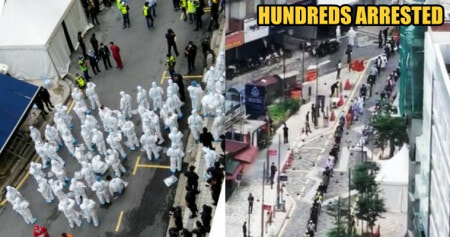