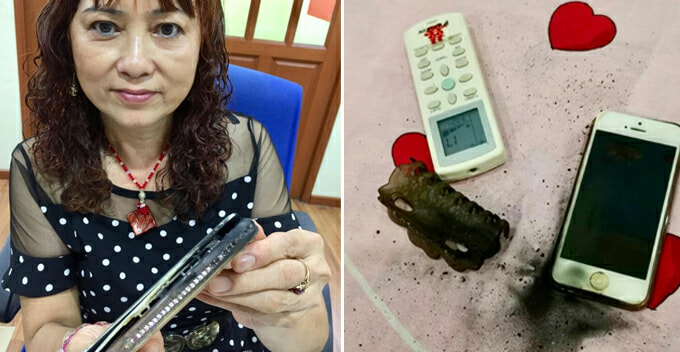 Think smartphones will only explode when connected to a charging cable? Well, think again.

On 26 March, a woman’s phone that was not plugged into any power source suddenly exploded when she was asleep. Worse still, the phone was placed just beside her pillow! This incident happened in Segamat, Johor at around 4.30am.

In an interview with Sinchew, the 58-year-old woman told reporters that she went to bed at 4am and half an hour later, a loud bang similar to the sound of firecrackers woke her up. Her vision was blurry at that time and she could only see bright sparks in the dark.

“I woke up with a shock and naturally, I pushed the object on fire away from me,” the victim said. 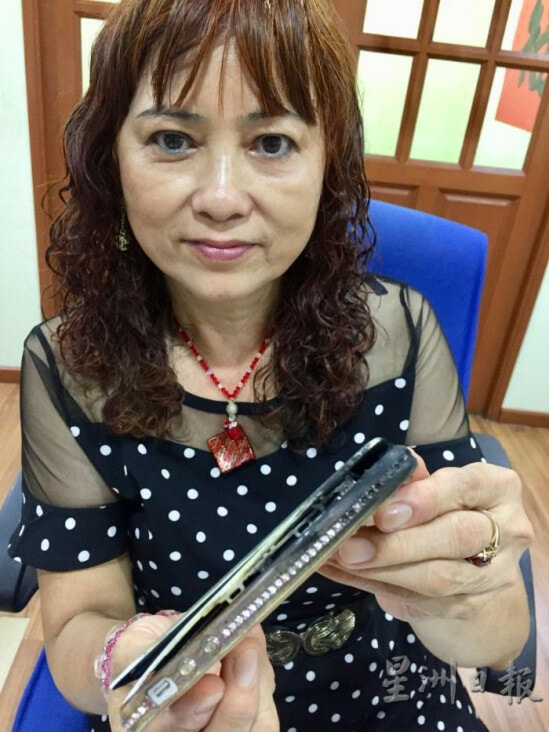 After switching on the light, she realised that her phone had suddenly exploded and there was some black powder-like substance coming out from the device while it was still spinning on the floor. Her hair clip, bed sheet and the floor got burnt as a result of the fire.

“I usually put my phone beside my pillow when I’m sleeping but I never charge it because I read from the newspaper that charging the phone overnight or using it while charging would result in an explosion.

“If I was deeply asleep that time, things could’ve been a lot worse,” she added.

It was understood that she has been using the same phone for six years. From the picture below, the device looks like an iPhone but this has not been confirmed. Using herself as an example, she urged members of the public to learn from her experience and not to put their smartphones close to the bed. 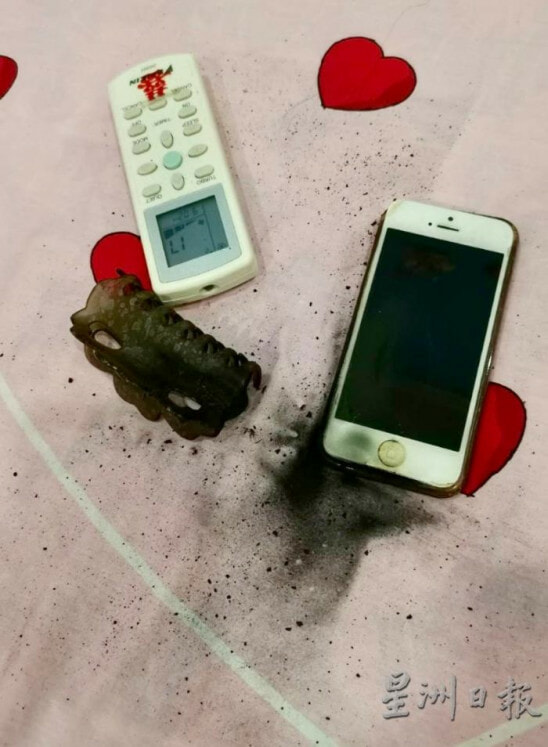 We’re glad that no one was injured in this incident. We understand that it may be hard for some of us to detach ourselves from our phones during the daytime, but do remember to keep it far away when you’re asleep! 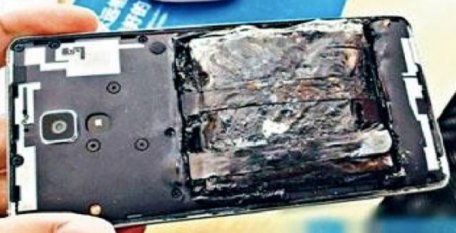